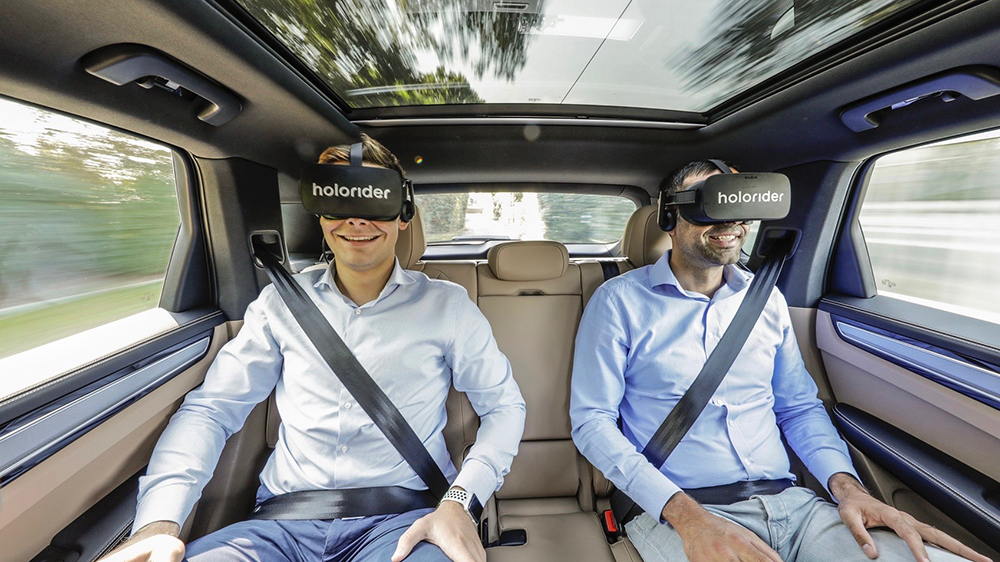 Porsche is ready to take in-vehicle entertainment to the next level—and it will come in three dimensions.

On Monday, the German automaker announced a new partnership with tech startup Holoride. As part of the collaboration, Porsche’s vehicles will soon come kitted out with the company’s cutting-edge virtual reality and cross-reality technology.

Thanks to Holoride’s tech, passengers will no longer have to occupy themselves on long drives; instead, they can seek refuge in different immersive 3-D worlds on the way to their destination using a VR headset. As part of a responsive system, each headset will feature sensors that track the vehicle’s movements, so that when the car shifts lanes or takes a turn that movement is reflected in the virtual environment.

It’s currently unclear what VR experiences will be available, but potential examples include a flight through a futuristic city and a journey through time. The companies announced that they are working to develop 2-D documentary content for the system with American media company Discovery, along with an assortment of other entertainment and educational content already in the works. Porsche also promised that Holoride’s software will allow passengers to enjoy truly “elastic” content, which will adapt to factors like drive time, motion and context. It’s also expected that the VR and XR experiences will help combat car sickness in some passengers as well.

The startup hopes to put its in-car VR tech into production in 2021. As Porsche stakes out a position as an early adopter, it doesn’t seem out of this world, real or VR, that the tech will be featured in the company’s cars and SUVs soon after. But Holoride’s tech may not be limited to your favorite Porsche. CNET points out that the company is open to working with other brands, having already worked with Porsche’s VW Group sibling Audi.