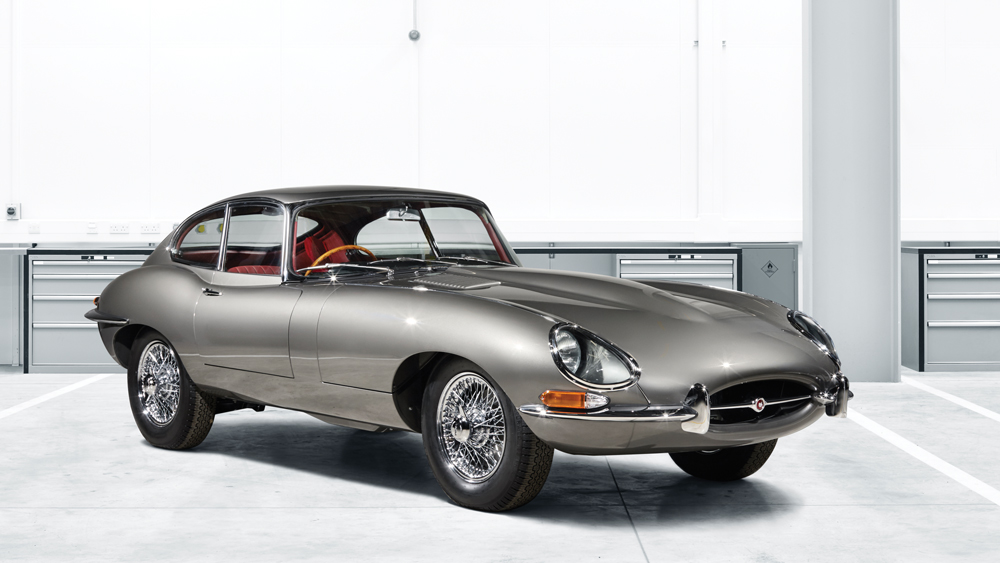 The following releases from David Brown Automotive, Porsche, and Jaguar, differ greatly in design but share a commonality of classic lines paired with top-tier technology. It’s this eye-catching combination that gives each of the marque’s limited-edition models such mass appeal.

A bygone beauty is back. The Jaguar E-Type Reborn is a limited-edition lineup built from original Series 1 E-Type examples curated by Jaguar Classic, an extension of the marque’s Special Operations division. Jaguar produced the Series 1 E-Type from 1961 through 1968. Upgrade options include an enhanced cooling system, an all-synchromesh transmission, and brakes from later variants. The first of the restorations is a 1965 Series 1 4.2 Fixed Head Coupe. Jaguar Classic plans to offer only 10 examples of the Jaguar E-Type Reborn, each with a starting price of about $360,000.

If you crave nostalgia and aren’t too concerned with power, you’ll enjoy David Brown Automotive’s Mini Remastered. The $95,000 car is made with new body panels, but it retains the look of the original Mini from the 1960s. It’s powered by the original car’s 1.3-liter 4-cylinder engine. Though rebuilt, the engine produces only 78 hp and 91 ft lbs of torque. With enhanced suspension and braking systems, however, Brown’s car does promise to handle better than the original did.

Equipped with a 3.8-liter twin-turbo flat-6 engine that generates 607 hp and 553 ft lbs of torque, the limited-edition Porsche 911 Turbo S Exclusive Series coupe is the most powerful 911 Turbo S ever. The power train, which also includes a 7-speed PDK transmission, enables the car to crush the zero-to-60-mph sprint in 2.8 seconds and reach a top speed of 205 mph. The exterior (shown in Golden Yellow Metallic) is accented with a pair of black carbon-fiber strips along the hood and roof. Porsche will build only 500 examples. The starting price is $258,500.