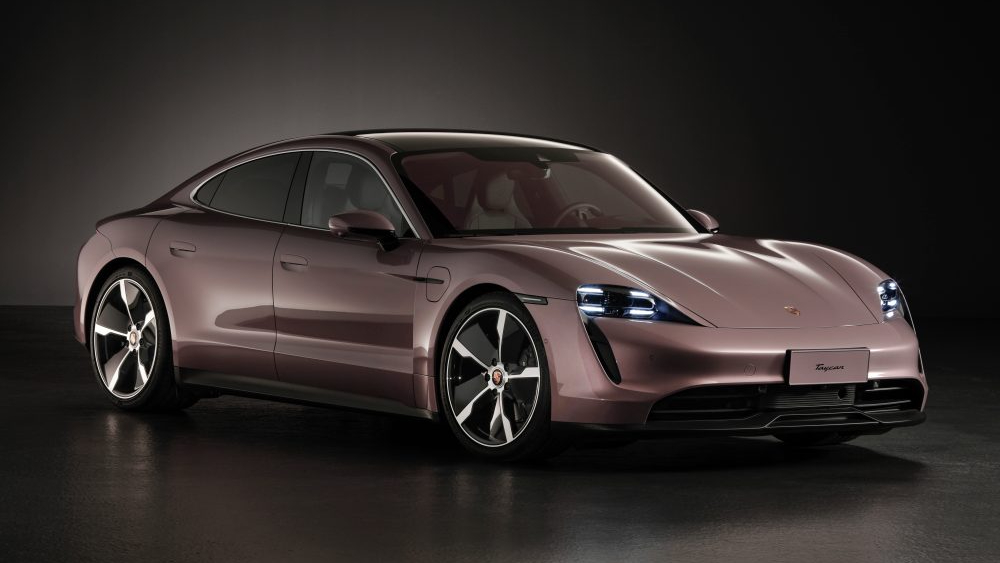 The Porsche Taycan isn’t normally something you think of as a bargain, but the German automaker’s latest iteration may be just a little friendlier to your wallet.

Released exclusively in the Chinese market (for now), the Taycan is the line’s base model––something even denoted in the lack of alphanumerics in its name. The exterior, sporting a hue the marque calls Frozenberry, has the same clean lines you’ve come to associate with the range but what’s under the hood is indeed a bit different from the standard fare.

This sedan doesn’t have a motor over the front axle instead opting for rear-wheel drive, the first such instance in the Taycan lineup. The permanent-magnet synchronous motor rotates the back wheels with 402 horsepower propelled by the 79.2 kWh Performance Battery with a range of 257 miles––though that can be increased to 304 miles by swapping in the 93.4 kWh Performance Battery Plus.

A rear view of the sporty new Taycan base model.  Courtesy of Porsche

Whichever you choose, both iterations are capable of rocketing to 62 miles per hour in 5.4 seconds with an electronically limited top speed of 143 miles per hour. Those figures are 1.4 seconds and 12 mph apart from the entry-level electric Porsche, the Taycan 4S.

Its basic specs include the proprietary Porsche Active Suspension Management system which controls the steel-spring suspension. On a different but equally pragmatic note, this Taycan outclasses its siblings with a roomier trunk and a total of 17.3 cubic feet of cargo room between front and back voids. Compare that to the 15.8 cubic feet of storage in the Taycan 4S. Besides those differential points, it retains much of what can be found in other Taycan models, namely: 800-volt architecture, two-speed transmission, dynamic aids like Porsche Torque Vectoring Plus and Porsche Dynamic Chassis Control and regenerative braking.

The starting price is expected to be $85,000, a figure which could prove enticing as China begins its shaky economic recovery from the worst phase of the coronavirus pandemic. When asked about prospects for it entering the North American market, a Porsche spokesperson told Electrek, “This variant is still in consideration for the USA.” Here’s hoping.

See more photos of the car below: