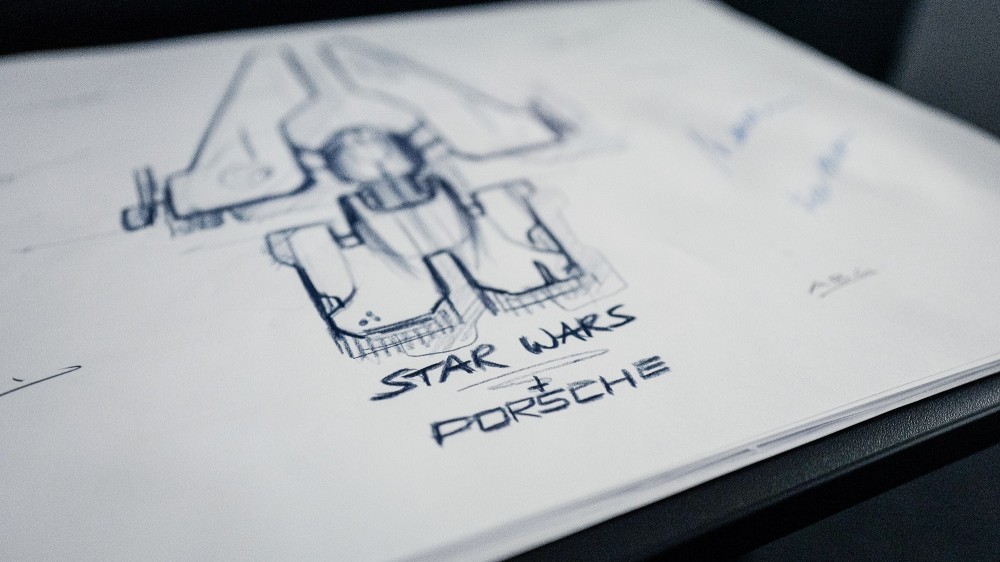 Porsche’s next stop is a galaxy far, far away. The German automaker is partnering with Lucasfilm, the producers of Star Wars, to create its very first spaceship.

The two companies just announced they will be collaborating on a “fantasy” starship that will make its debut at the world premiere of Star Wars: The Rise of Skywalker, or, as its better known to fans, Episode IX. While designers from Porsche and Lucasfilm are still ironing out the final details, they plan to complete a corresponding model in time for the eagerly anticipated December event.

Dubbed the Designer Alliance, the team—which is led by Porsche’s chief designer, Michael Mauer, and Lucasfilm’s executive creative director, Doug Chiang—has been tasked with creating a spacecraft that brings together the essence of both brands. And that wasn’t the only instruction the designers were given. They will also need to create a ship that features two front entrances, a large rear cargo door and enough room for two pilots and a crew of up to five. It also needs to be powered by at least two but no more than four rocket engines. (They take their spaceships very seriously over at LucasFilm.)

“Developing a spacecraft with clear Porsche design DNA is exciting and challenging,” Mauer said in a press release. “Even though they do not seem to share many elements at first glance, both worlds have a similar design philosophy. The close collaboration with the Star Wars design team inspires and fascinates us—I’m sure that both sides can draw major benefits from this exchange.”

Neither company is willing to give a sneak peek at the collaboration just yet. But Chiang did hint that the spaceship will combine elements of the Rebel Alliance’s X-, Y- and U-wing starships with the Taycan, Porsche’s first fully-electric vehicle, which debuted in September.

While the collaboration may seem like an unlikely rebel alliance at first, the timing couldn’t be any better. The final film in the Skywalker saga will hit theaters on December 20, right around the time that US deliveries of the Taycan begin.

May the torque be with them.