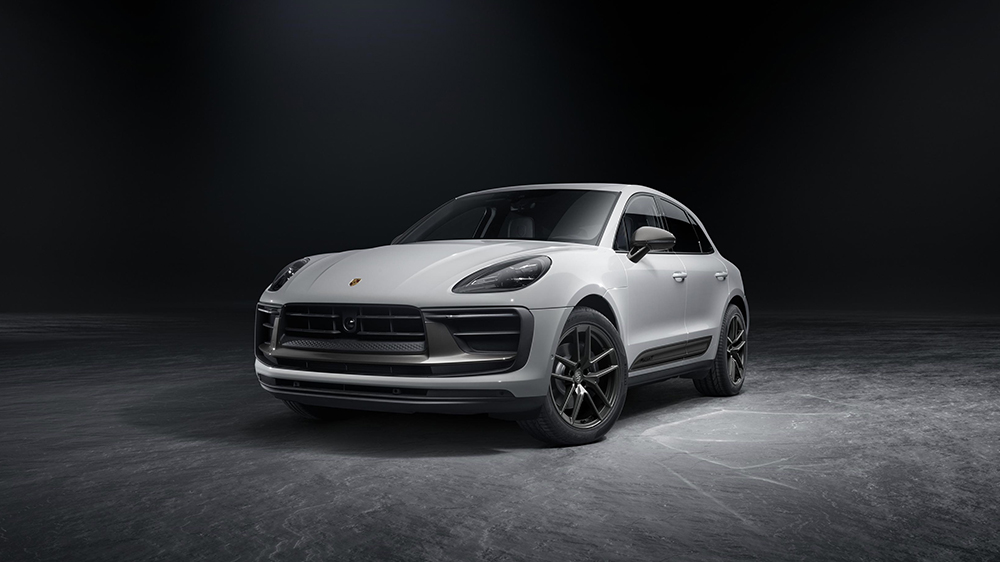 The German marque has just announced a fourth version of its best-selling SUV called the Macan T. Like previous T versions of the 718 and 911, the variant takes an already capable vehicle and upgrades it with performance features that make it even more fun to drive.

A year after condensing the Macan line by saying goodbye to the Turbo, Porsche will again give drivers four different flavors of the nameplate for the 2023 model year. The newest member of the family will slot in between the base model and the mid-range S, with the GTS retaining its spot as the top-tier variant.

Inside the Macan T  Porsche

As it has in the past, the T in Macan T stands for “Touring.” Like its T badge predecessors, the new SUV was engineered to offer an enhanced driving experience, according to the brand. To that end, under the hood you’ll find the same 2.0-liter inline four that’s in the base model Macan. It’s mated to a seven-speed dual clutch PDK transmission that sends power to all four wheels and produces a respectable 261 horses and 295 ft lbs of twist. The engine isn’t as powerful as the 2.9-liter twin-turbo V-6 in the S and GTS, but its 129 pounds lighter, which makes it even more nimble and helps optimize its cornering ability. It’s also pretty quick. The automaker says the SUV can go from zero to 60 mph in just 5.8 seconds and has a top speed of 144 mph.

The Macan T comes equipped with all manner of performance add-ons standard. These include Porsche Active Suspension, which helps ensure a smoother ride, and the Sport Chrono package, which adds a drive-mode switch to the steering wheel and launch control. The SUV’s Porsche Traction Management has also been tuned to favor the rear axle. There are some options to choose from, too, like a torque vectoring system and air suspension setup that adds model-specific anti-roll bars, both of which improve the vehicle’s agility and handling.

The upgrades aren’t limited to what you can’t see. The exterior of the vehicle has been outfitted with an Agate Grey Metallic trim package. The sport tailpipes, side blades and Macan T are all done up in glossy black, all of which help differentiate the variant from the rest of the line. The SUV also rides on a larger set of 20-inch dark titanium wheels. Inside you’ll find eight-way-adjustable heated seats, as well as variant-specific upholstery with silver contrast stitching and the marque’s crest embossed on the headrest. The dashboard also showcases the Sport Chrono package’s exclusive stop watch.

Although the Macan T is part of the 2023 model class, you’ll be able to place an order for it later this spring. Pricing won’t be available until then, but you can expect the cost to fall somewhere between starting prices of the base model and the Macan S: $54,900 and $65,400, respectively.

Check out more images of the Macan T below: