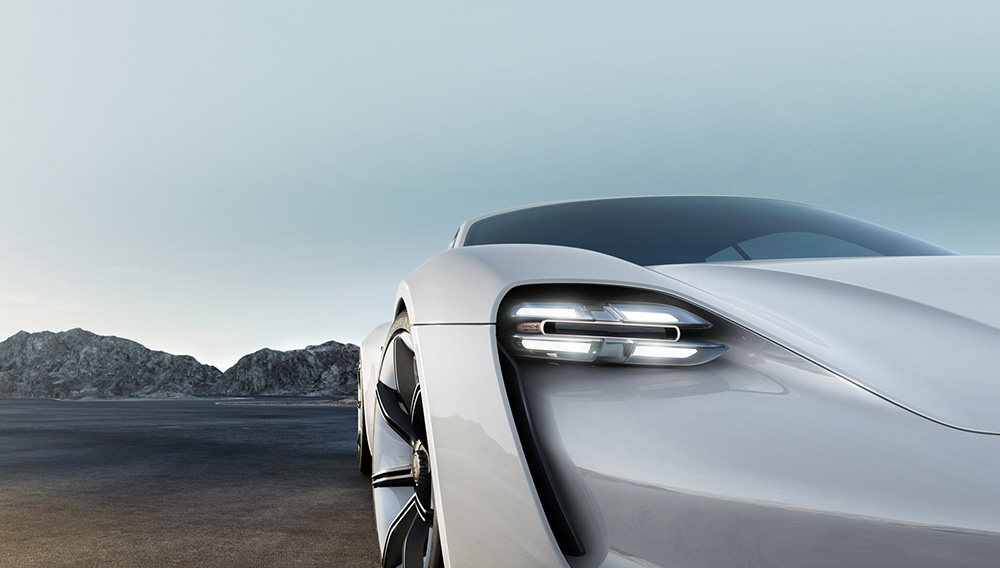 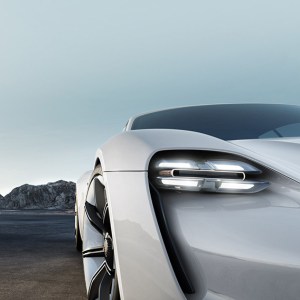 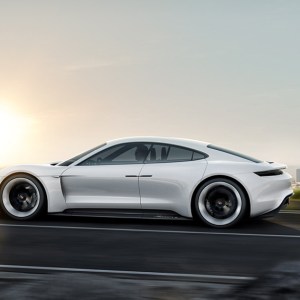 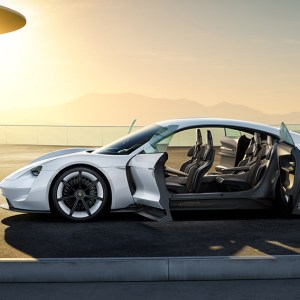 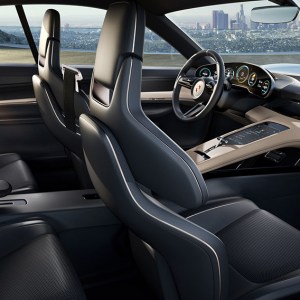 One of the brightest stars at the Frankfurt auto show was the Porsche Mission E Concept—the German marque’s first completely electric car. With technology borrowed from the Le Mans–winning Porsche 919 hybrid, the Mission E generates more than 600 hp using two permanent magnet synchronous motors (PMSMs) that can propel the sports car from zero to 62 mph in less than 3.5 seconds, with a range of about 310 miles. Porsche says the car’s top speed is roughly 155 mph.

Although this is not enough to beat the Tesla Model D in a straight line (based on specs), the Mission E has something that Tesla will never have: heritage. “This is a real Porsche,” says Dr. Stefan Weckbach, head of the Mission E project—and the truth is in the details. The low-slung four-seater employs classic Porsche proportions with design elements that echo those found on the beloved 911 and 918 Spyder, as well as Porsche’s racing cars. But this is not to say there are not exciting innovations. New design elements include matrix-like LED headlights above deep, vertical air inlets that aid in aerodynamics and give the car an expressive, futuristic face. Cameras replace traditional rearview mirrors, accentuating the car’s clean, sleek lines. And the Mission E also foregoes a B-pillar, with four doors that open suicide-style.

Additional advances include the Porsche’s new Car Connect system, which allows owners to remotely change information, entertainment, and even performance settings using a smartphone or tablet. In the cabin, an eye-tracking system detects which controls the driver is viewing, and a holographic center display allows users to access apps and other functions with touch-free hand gestures. A proposed Turbo Charging system will also charge the Porsche from dead to 80 percent in only 15 minutes. It requires an 800-volt charger delivering 300 kilowatts of power, however, which does not yet exist outside of a laboratory; therefore, a production car will include a 400-volt converter—essentially doubling the charging time.

Despite these lofty projections, executives have made it clear that the Mission E is not just an experiment—although it could take a few years for a production car to materialize. We overheard Weckbach saying the electronic components used in the Mission E would be ready by 2019, which means a road car could follow shortly thereafter. (porsche.com)