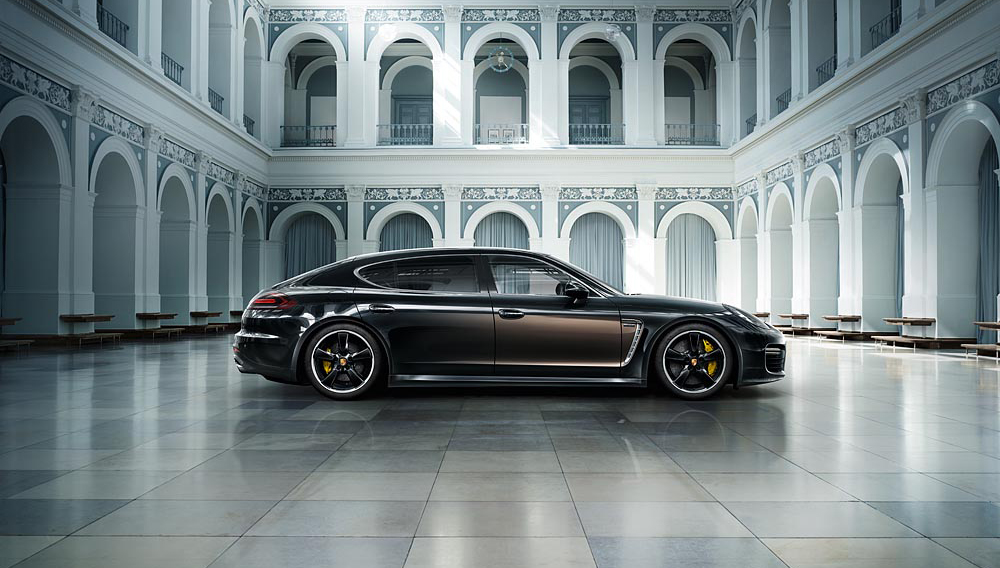 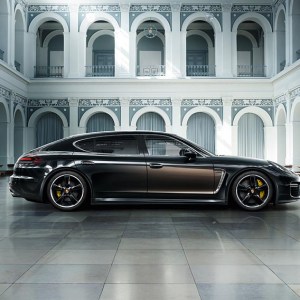 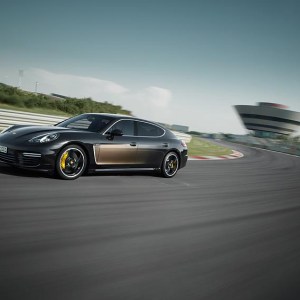 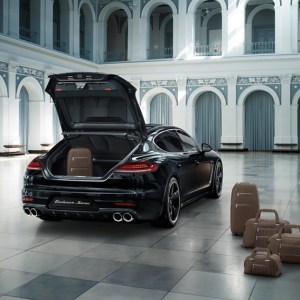 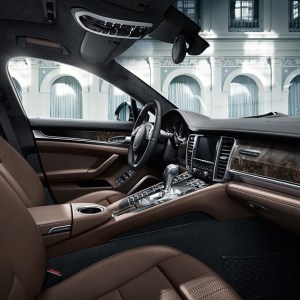 The latest entry in the series of sedans named for the famed 1,800-mile Carrera Panamericana road race that ran only four times back in the 1950s, Porsche’s new Panamera Exclusive Series is sure to gain equal renown—despite a very limited run of its own. The first four-door sports sedan from Porsche to receive premium trim treatment from its Exclusive manufacturing plant in Leipzig, Germany, only 100 examples of the car will be built.

Based off the Panamera Turbo S Executive, the Exclusive places a premium on passenger experience, taking advantage of the standard model’s long wheelbase for increased seating space in back. It also debuts the brand’s Rear Seat Entertainment System Plus, which is equipped with two high-resolution, 10.1-inch touchscreens that include a built-in camera, a DVD player, and LTE Internet access for each. In complement, a 1,000-watt Burmester three-dimensional sound system—with 16 speakers—entertains passengers and driver alike. Interior comfort continues with leather upholstery from Italian design house Poltrona Frau and seats that have been ventilated with perforated center panels in the shape of the Porsche crest. Other aesthetic accents include decorative surfacing in walnut burl wood and black piano lacquer, black milled napa leather for the upper door trim, and chestnut-brown contrast stitching used selectively throughout. The exterior is elegantly appointed with a graduated, hand-painted finish in black metallic and chestnut-brown metallic, and 20-inch wheels for a more distinguished stance.

Under the well-heeled appearance, however, remains the heart of an animal—a 4.8-liter, twin-turbo V-8 engine capable of 570 hp. Taming that power—which allows the car to travel from zero to 60 mph in 3.6 seconds and hit a top speed of 192 mph—are the same Porsche all-wheel-drive traction and stability-management systems found in the Turbo S model.

With 75 of the more than $277,000 cars already with owners, only a handful still remain available in the United States. But, like its short-lived namesake race’s place in motorsports history, the Panamera Exclusive Series will be a memorable addition to the Porsche pantheon. (porsche.com)