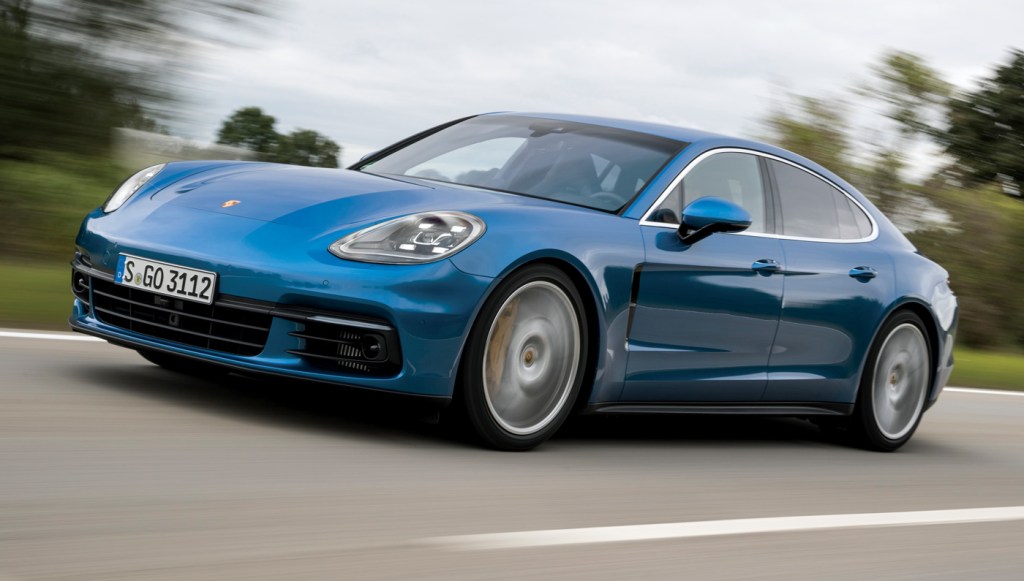 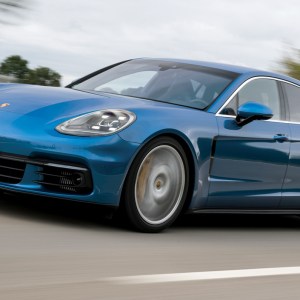 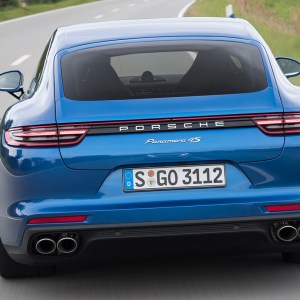 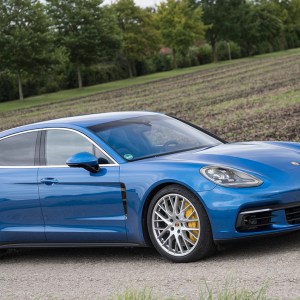 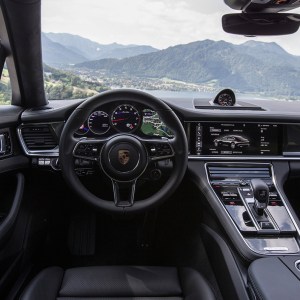 An attractive new design is just one of the Porsche Panamera’s improvements for the 2017 model year.

The Porsche Panamera didn’t shock brand loyalists when it debuted in 2009. After all, the full-size sedan followed the Cayenne SUV bombshell by 7 years, allowing ample time for purists to come to terms with the idea of a four-door from Zuffenhausen. So the mixed reception that greeted the Panamera had little to do with its straying too far from the brand’s sports-car core. Instead, Porsche fans and others were disappointed with the car’s appearance, specifically its bulbous tail end. One of the more generous criticisms compared the Panamera to a crouching hippo; another said it could pass as the offspring of a Porsche 928 and a Chrysler Crossfire. Most parties agreed that it was not as attractive as the BMW 7 Series, Mercedes-Benz S-Class, or other stalwarts, nor did it look as good as such newcomers as the Audi A7 or Aston Martin Rapide.

Porsche addressed the Panamera’s appearance when it redesigned the car for the 2017 model year. But it has more than just a great new look; it also has a new chassis, a new engine, and a new interior. It’s currently available in two variants, both of which are turbo-powered and equipped with four-wheel drive. The Panamera 4S has a base price of $99,900, and the Turbo starts at $146,900.

The new Panamera is slightly longer, wider, and taller than its predecessor, and it appears to sit closer to the pavement. More significantly, it looks more like a 911, particularly at the haunches and at the rear, where it has the same LED tail-lamp slats as the sports car. The roofline also swoops down at the rear more steeply than it used to.

The cabin design is now more spare. Porsche has replaced the button-filled center console with a flat, touch-sensitive black panel. A 12.3-inch multimedia screen offers an intuitive interface that includes pinch-zoom and handwriting-recognition features, and it uses proximity sensors to activate a menu bar on the left of the display. The system integrates Apple CarPlay, Google Earth, and Google Street View, and you can use the Porsche Car Connect app to link it to an iPhone or Apple Watch.

The dashboard features a signature Porsche design element: a centrally positioned analog tachometer. A pair of information-dense 7-inch displays flank the tach, but the simple needle and familiar hash marks are a welcome sight for traditionalists.

The new technology elevates the Panamera’s cabin to the same level as those of its most advanced competitors. But Porsche drivers generally are far less interested in multimedia gizmos than in performance, and the company has ensured that the Panamera meets expectations by keeping its weight down—despite larger proportions and a longer standard equipment list—and by giving it a new engine. Actually, two new engines.

A 2.9-liter twin-turbo V-6 powers the Panamera 4S, producing 440 hp, which is 20 hp more than its predecessor. Compared to the old Panamera Turbo, the new model receives an additional 30 hp from its 4-liter twin-turbo V-8, raising its total to 550 hp. Torque climbs by 21 ft lbs for the 4S and 51 ft lbs for the Turbo. Both engines are connected to a new 8-speed dual-clutch PDK transmission. The power gains help to produce outrageous acceleration numbers: zero to 60 mph in 4 seconds flat for the 4S, and 3.4 seconds for the Turbo. The Turbo’s time is now faster than that of the 911 Carrera S, a considerably more compact and sportier vehicle. The Panamera 4S accelerates about as fast as the Carrera S.

On the Bavarian autobahn, the Panamera Turbo displayed more athleticism than anyone—even Porsche fans—should expect from a 2-ton, five-passenger vehicle. Indeed, drivers in other cars seemed surprised when the Panamera passed them so easily. Despite its bulk, behind the wheel the car feels as agile as a coupe. The low seating position contributes to this sensation, as does the air suspension’s low-level setting, which drops the front axle by a little more than an inch and the rear by a little less, hunkering the car down for better high-speed aerodynamics and an even sportier ride.

Agility is enhanced by the electromechanically actuated stabilizer bars, which provide active roll compensation, and by a new four-wheel steering system. As it does with the 911 Turbo and 918 Spyder, the system tightens the turning radius at lower speeds by turning the rear wheels in the opposite direction of the front wheels. At higher speeds, the front and rear wheels turn in the same direction.

More surprising than the Panamera’s sporty road manners is its ride quality. Changes in the suspension allow for greater adjustability and enable the car to automatically adapt to a wider range of road and driving conditions. Thus the new model can provide a softer and stiffer ride than the old one could.

As for speed, the car exhibits seamlessly strong acceleration that seems to pin you against the supportive seats. During the moments when traffic parted and the route from the Tegernsee lake to Munich opened up, even the less-powerful 4S model charged ahead with relentless gusto, pressing on toward its top speed of 179 mph. When traffic appeared shortly thereafter, a push on the brake pedal produced swift and secure deceleration.

The Panamera has lost its naturally aspirated engine, and an electric steering system has replaced the hydraulic setup. Drivers may miss the sonorous sounds of the old engine, but the turbocharged power plants aren’t exactly mute, especially when the car is equipped with the sport-exhaust option. This feature enables the driver to raise the exhaust note’s volume at the touch of a button. Also, the gains in efficiency, power, and torque delivery make an open-and-shut case for the turbocharging. Similarly, the technology behind the electric steering system has advanced to the point that only the most stubborn purists will bemoan the loss of the old system.

Purists may also object to Porsche’s new InnoDrive system, which “reads” the route as far as 1.8 miles ahead and controls the braking and acceleration according to the upcoming road conditions and configurations. “The goal of InnoDrive is not to substitute for the driver,” says Gernot Döllner, the head of the Panamera model line, “but rather to reduce stress during long-distance journeys.”

With its modernized interior, technological advances, and athletic enhancements, the new Panamera has surpassed the old model as easily as it overtook slower traffic on the autobahn. And while it outperforms its predecessor, its least-functional improvement might be its most attractive: The new look is sleek and sculptural, and it makes the car more desirable. Porsche (porsche.com)