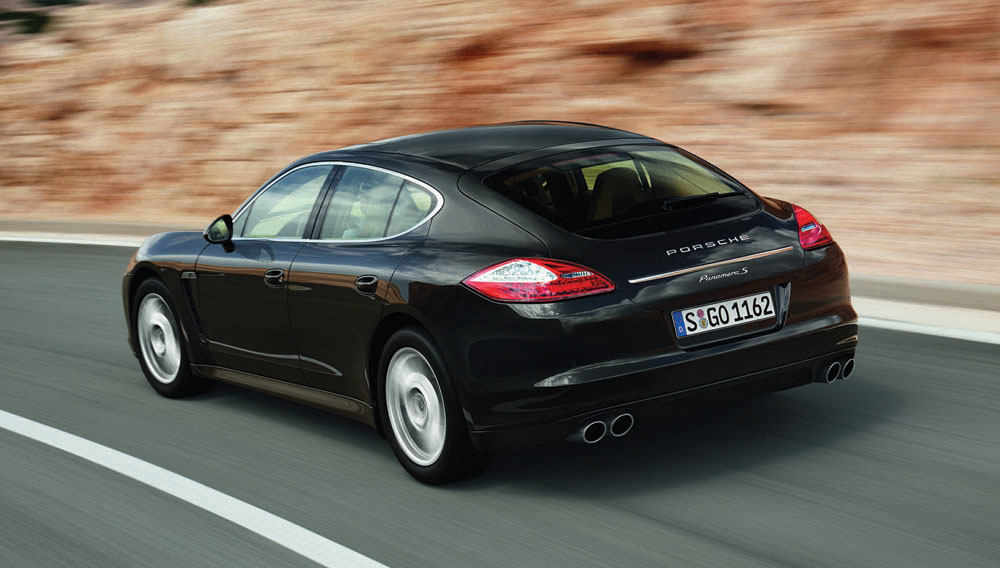 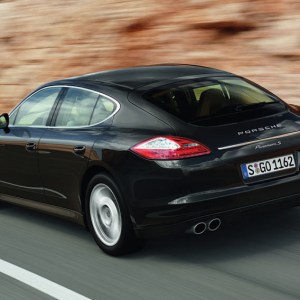 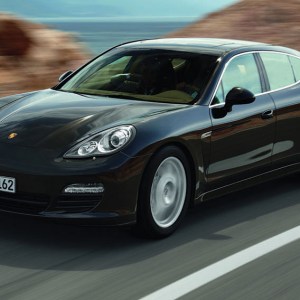 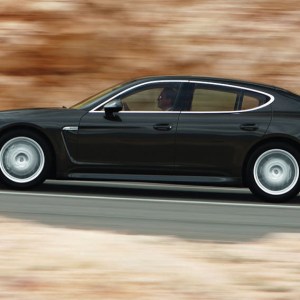 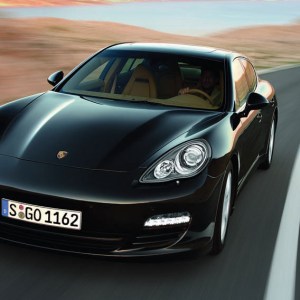 As the only rear-wheel drive option for the Panamera, the standard S model provides enough horsepower for spirited drivers to get those back tires to break loose. Porsche 911 purists scoffed at the Cayenne when initial production began in 2002, but the five-passenger SUV quickly became the German automaker’s best-selling model. Now Porsche is hoping for a similar market demand for its all-new four-door: the Porsche Panamera. The sports sedan, which derives its name from the Mexican road race La Carrera Panamericana, features an optional adaptive air-suspension system, a 7-speed double-clutch transmission, and a direct-fuel-injection V-8 in each of three model variants: the rear-wheel-drive Panamera S, all-wheel-drive 4S, and turbocharged Panamera Turbo. The Turbo’s engine delivers 500 horsepower to all four wheels and reaches 60 mph in just 4.5 seconds. This is not your typical Sunday-cruise saloon: This is a bona fide Porsche.

Pros: A sports car masquerading as a four-door sedan.