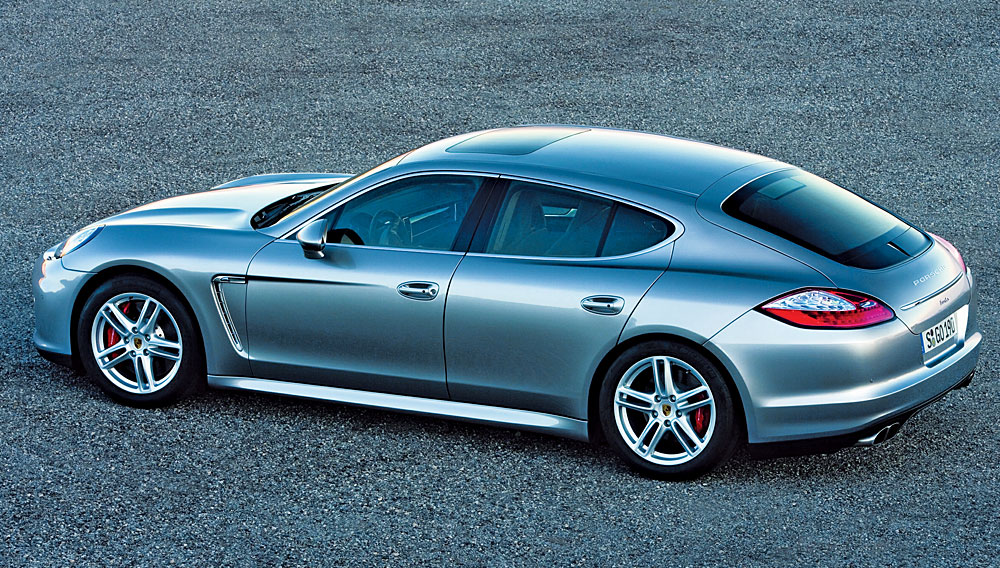 Porsche purists scoffed at the Cayenne when initial production began in 2002, but the five-passenger SUV quickly became the German automaker’s best-selling model in the U.S. market. Porsche is once again mixing it up in the style department with its all-new, range-topping four-door, the 2010 Porsche Panamera Turbo (www.porsche.com/usa). The $132,600 sports sedan—which derives its name from the Mexican road race La Carrera Panamericana—features a modified version of the 4.8-liter turbocharged V-8 found in the Cayenne Turbo and reaches 60 mph in a quick 4.5 seconds. With 500 hp and an impressive all-wheel-drive system, the Panamera Turbo is well equipped to handle curvy roads just as easily as straight ones. Additionally, its passenger compartment is designed to accommodate four full-sized adults comfortably. Of course, the sedan’s rear seats do not offer the spacious legroom of an Audi A8, BMW 7 Series, or Mercedes-Benz S-Class; but then, a Panamera Turbo owner is likely to prefer the driver’s seat. After all, it is a Porsche.