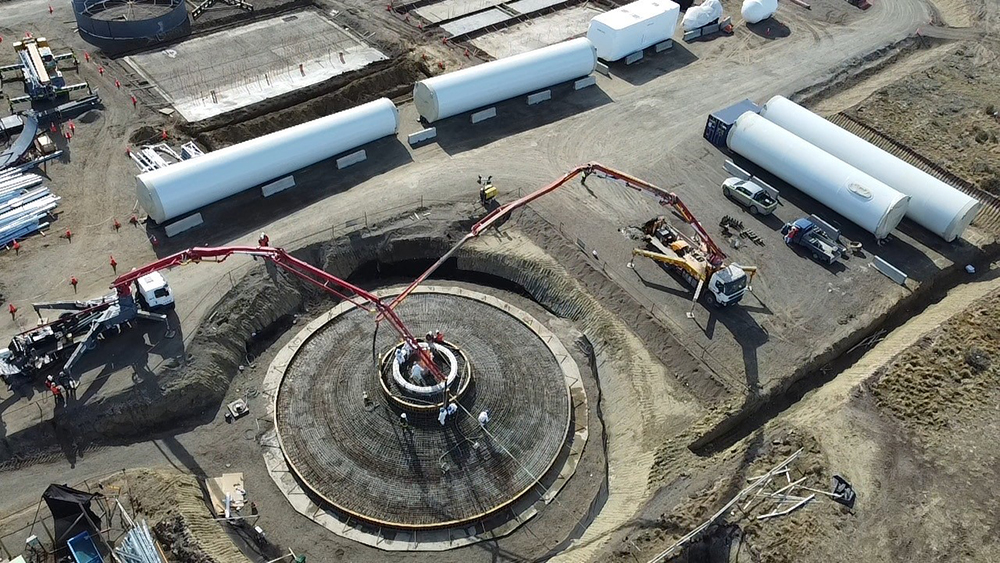 A carbon-neutral combustion engine sounds like an oxymoron, but Porsche is spending the big bucks to make it a reality.

On Wednesday, the German marque announced that it would invest $75 million into a company called HIF Global LLC to fastrack the industrial production of electrofuel (eFuel for short), which, according to the company, burns with almost no carbon emissions.

The Chilean firm is currently building the new Haru Oni eFuel pilot plant in Punta Arenas, which will produce the synthetic fuel. The eFuel will be created from hydrogen and CO2 using wind energy.

Large-scale production of the new fuel is expected to start at the plant as soon as mid-2022. The automaker initially plans to use it in motorsports first. In fact, it recently announced that all cars in the Porsche Mobil 1 Supercup race series will run on synthetic gas over the next two seasons. In the future, though, the eFuel may be used to fill up Porsches during the initial fueling at the Stuttgart factory.

Porsche has been researching the use of renewable fuels for some time. According to the marque, tests in the laboratory and on the race track are proceeding successfully. The automaker says it is testing the synthetic fuel with vehicles ranging from modern race cars to an old 911.

“We see ourselves as pioneers in eFuels and want to drive the technology,” Michael Steiner, member of the executive board for Research and Development at Porsche AG, said in a statement. “This is one building block in our clear, overall sustainability strategy.”

It appears Porsche is willing to for out to be at the eFuel forefront, too. In total, the marque has spent more than $100 million on the development of the new technology. It’s not alone in its efforts, though. Formula 1 recently announced it’s developing its own 100 percent sustainable fuel.