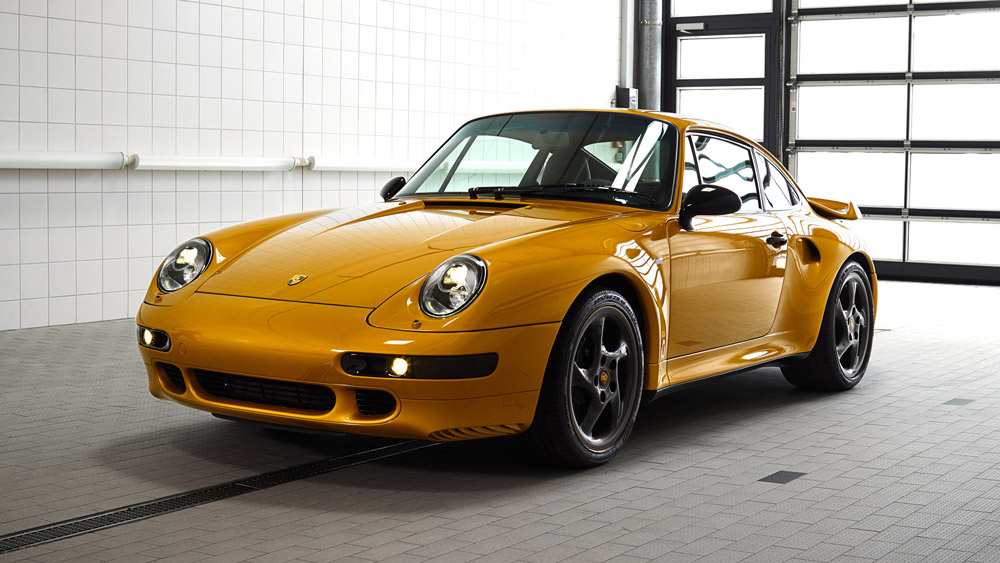 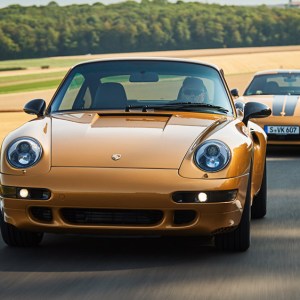 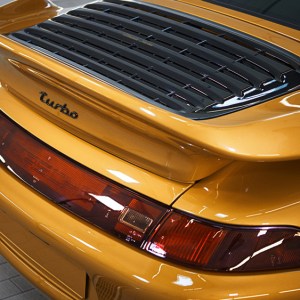 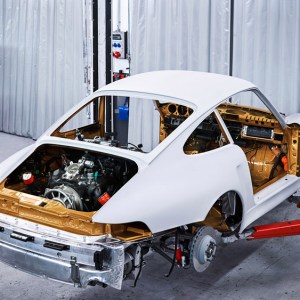 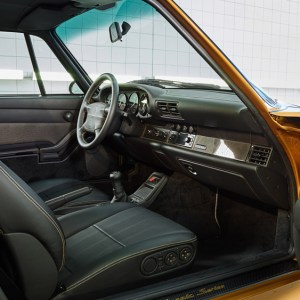 When it comes to Porsche’s classic 911 series, the German marque would like to respectfully remind adoring fans that it’s not only Singer Vehicle Design who can create exquisitely restored and reimagined versions of its iconic, air-cooled two-seater. So, as part of its 70th Anniversary celebrations, Porsche is unveiling Project Gold, a breathtaking recreation of one of its most sought-after models, the 993-generation 911 Turbo from 1998.

As the car’s public debut is set for next month’s Porsche Rennsport Reunion at California’s WeatherTech Raceway Laguna Seca, artisans from Porsche Classic in Stuttgart have spent the past 18 months painstakingly assembling essentially a new-from-the-ground-up 1998 911 Turbo. Only the bare-bones bodyshell is original; every other component was sourced from Porsche Classic’s treasure trove of roughly 52,000 genuine parts.

Perhaps to distance itself from Singer’s recreations, which tend to be based on the 964-series 911 built from 1989 to 1994, Porsche picked the 1998 993-series for Project Gold. This was the last of the coveted air-cooled Porsches, and—in its final 450 hp 911 Turbo S specification—one of the rarest, since only 345 examples were built.

Aside from the bodyshell, all components were sourced from Porsche Classic’s archive of parts.  Photo: Courtesy Porsche AG.

For the interior, the designers at Style Porsche crafted the bespoke cabin, which features black leather sports seats with gold contrast stitching, discreet gold stripes, and “turbo” embroidery in the headrests.

Interestingly, Porsche has resisted the temptation to relegate Project Gold to the company museum in Zuffenhausen. Instead, it will auction the car at RM Sotheby’s Porsche 70th Anniversary Sale being held at the Porsche Experience Center in Atlanta on October 27.  Proceeds will go to the Ferry Porsche Foundation, a non-profit dedicated to youth development.

Sadly, potential bidders hoping to drive Project Gold to their local Cars & Coffees are going to be disappointed. Legal issues mean that, as with Jaguar’s recent XKSS and Lightweight E-Type recreations, the 911 isn’t road legal and is restricted to track-use only. As for acquiring the world’s-finest 993-generation 911 Turbo and donating to a great cause? Priceless.