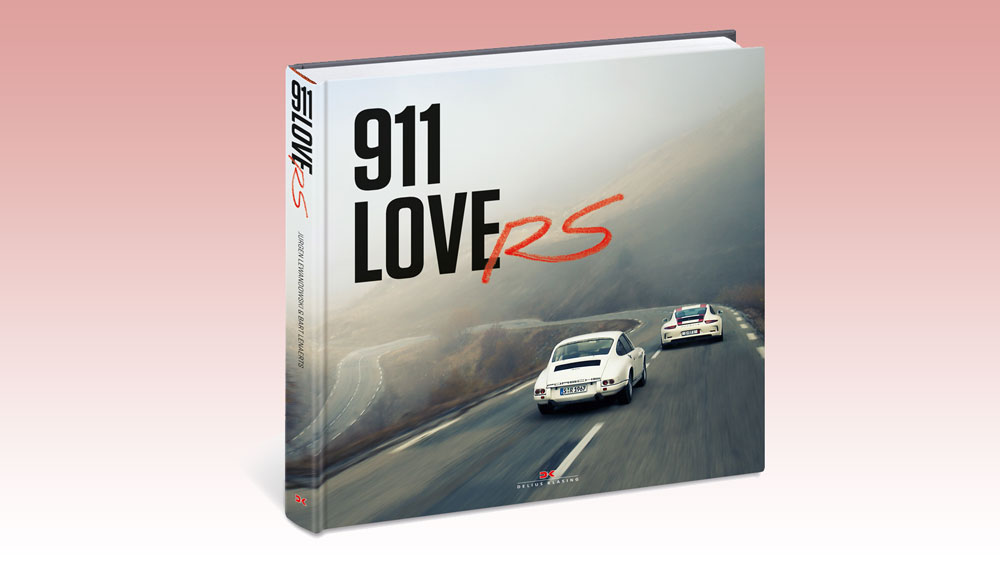 While all Porsche models might be considered special cars, some Porsches are more special—in the Orwellian sense—than others. Those Porsches would be the 911 Carrera RS series, born in concept from the 911 R competition model that established five long-distance world records at Monza in 1968.

The iconic Carrera RS came in 1973, and was originally developed to homologate a 911 for FIA Group 4 competition (Rennsport is German for race sport). That original concept of a no-frills 911—available in Sport or Touring trim—went on to spawn an RS version in every subsequent generation of 911, including the 964, 993, 996, 997, and current 991 series. While none of these later models were available to U.S. buyers as road-legal cars, many have since been imported and take pride of place in collections and on the track.

The singular silhouette of the Porsche 911.  Photo: Courtesy Delius Klasing.

When it comes to literature on the subject, there is no shortage of books on these most collectible of 911 models. The Gruber/Konradsheim book, Carrera RS from 1992, is now a $1,500+ rarity, and the greatly expanded edition of 2015, which costs about half that, is a must-have for serious students. Another book recently published is 911 LoveRS, which takes a little lighter tone, but is no less interesting for its wealth of historic photos and a chapter-by-chapter review of the model’s evolution.

Written by Jürgen Lewandowski and with a forward by Dr. Wolfgang Porsche, 911 LoveRS is a 252-page exegesis that spans the history of Porsche’s most fascinating 911 models. The story begins with the first 911 R, examines all the RS variants through the decades, and finishes up with the much coveted 2016 911 R (essentially unobtainable when new, riling would-be buyers as it was quickly offered on the secondary market by that lowest of species—the speculator).

An example of the dynamic imagery inside the book 911 LoveRS.  Photo: Courtesy Delius Klasing.

The production values for this $135 volume are high, featuring attractive design and layout, sophisticated typography, and a thoughtful use of negative page space. The progression of models, spanning nearly 50 years, is explored in a combination of historic images and contemporary photography by Lies de Mol. Individual chapters highlight current owners with their specific cars, illustrated with bold color imagery, and punctuated by fascinating period photos from when the models were new. Fascinating details emerge, for instance, in the chapter on the ex-Herbert von Karajan Carrera RS Turbo, which pictures von Karajan in Porsche script on the deck lid of the conductor’s personal car, a silent comment on megalomania and power, exercised on the podium and on the road.