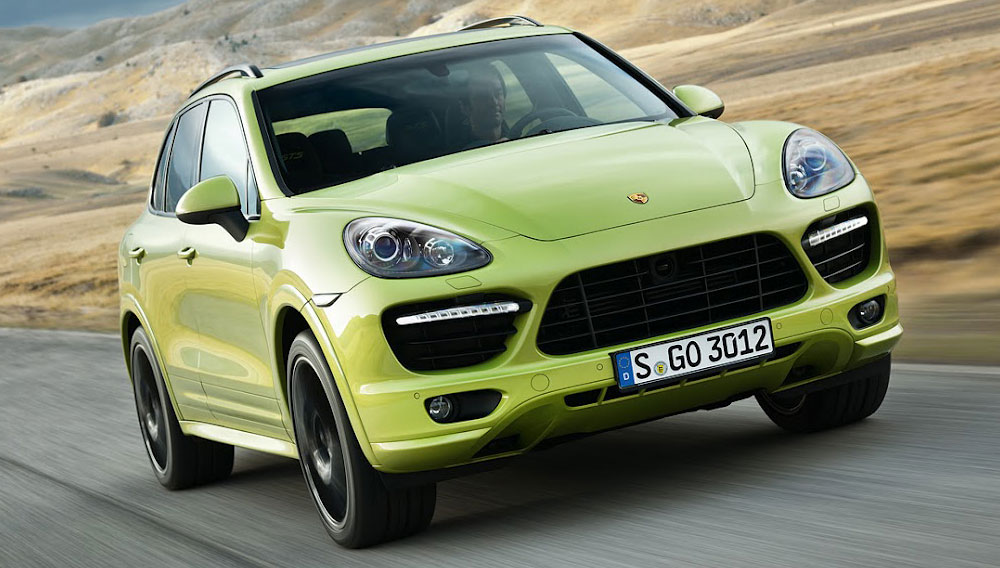 Like Porsche’s 911 sports car, which is currently available in 18 different models, from the merely excellent Carrera to the downright outrageous Turbo S Cabriolet, the company’s Cayenne sport-utility vehicle is all about choice. The second generation of Stuttgart’s indomitable SUV, introduced only last year, arrives in six distinct flavors. The latest, the $82,050 GTS, slots neatly between the $69,850 Cayenne S Hybrid and the $108,750 Cayenne Turbo. Whereas the top-dog Turbo, with its 500 hp twin-turbo V-8, is the Cayenne for drag racers, the GTS is the Cayenne for drivers. Porsche uses the word “purist” to describe it, and though its normally aspirated 4.8-liter V-8 produces only 20 hp more than the engine in the Cayenne S, the GTS is a decidedly sportier machine, with an aggressive look and a hunkered-down stance.

That 420 hp (and 380 ft lbs of torque) reaches the pavement through Porsche’s 8-speed Tiptronic S paddle-operated transmission and a quick-witted active all-wheel-drive system. Regrettably, the previous-generation GTS’s available 6-speed manual gearbox has been left behind, but it’s a good bet that most drivers won’t miss it. Ride height has been lowered by about three-quarters of an inch and Porsche’s engineers have installed a lower final-drive ratio for improved driving dynamics.

Visually, the GTS distinguishes itself with high-gloss black trim in place of chrome, and a pair of new colors: an iridescent green called Peridot Metallic and a fiery hue called Carmine Red. The GTS wears the hood and front fascia from the Cayenne Turbo, along with wider wheel arches, side skirts, and 20-inch RS Spyder wheels. Inside, unique sport seats with Alcantara trim offer eight-way adjustment, and an optional Sport Chrono package allows the driver to monitor the GTS’s vigorous performance. Zero to 60 mph happens in a brisk 5.4 seconds, and the 4,600-pound SUV will hustle to a top speed of 162 mph.

The purist’s Cayenne rumbles into Porsche dealerships this August. (www.porsche.com/usa)