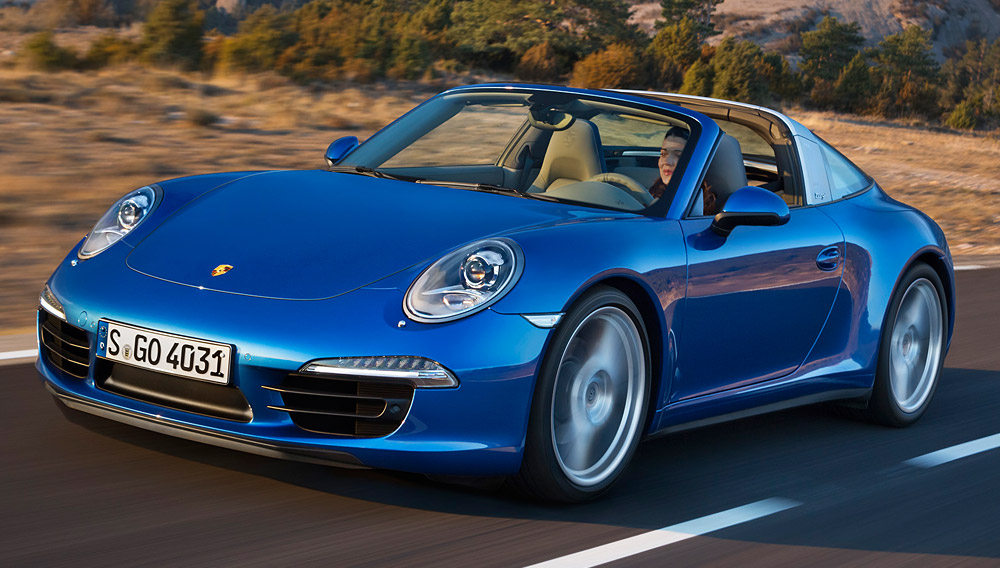 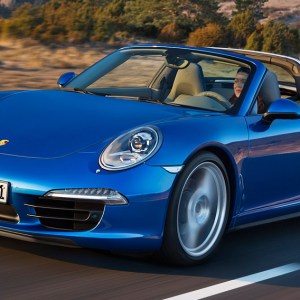 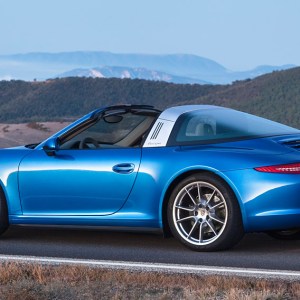 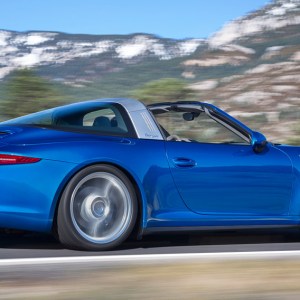 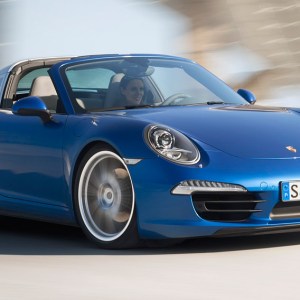 Sunday marked the conclusion of the 2014 North American International Auto Show in Detroit, the 14-day automotive extravaganza that hosted a bevy of noteworthy reveals from the world’s leading luxury marques. For its part, Porsche unveiled the 2014 911 Targa, the latest in its line of roll-bar-equipped convertibles that originally debuted in 1965. The inclusion of a roll bar—or Targa bar, as Porsche calls it—increases the stiffness of the car’s chassis, which translates to better handling during sharp turns and while driving on uneven surfaces.

The 2014 Targa will be available in two versions, the 4 and the 4S. The 4 is equipped with a 3.4-liter boxer engine that generates 350 hp and, when equipped with Porsche’s automatic PDK gearbox, accelerates to 60 mph in 4.6 seconds—0.3 seconds quicker than the 911 Carrera 4 Cabriolet. The Targa 4S sports a beefier 3.8-liter engine that generates 50 more horsepower and trims the car’s 0-to-60-mph time to 4.2 seconds. When equipped with a manual transmission, the Targa 4 can achieve a top speed of 175 mph, while the 4S can reach 183 mph.

In 1965, dropping the Targa’s top required the driver to get out of the car and manually detach and store the car’s roof panel. The 2014 Targa automates the entire process, with the push of a button engaging a mechanical ballet that raises or lowers the roof. Both the Targa 4 (starting from $101,600) and the Targa 4S (starting from $116,200) will arrive in U.S. showrooms this summer. (www.porsche.com)