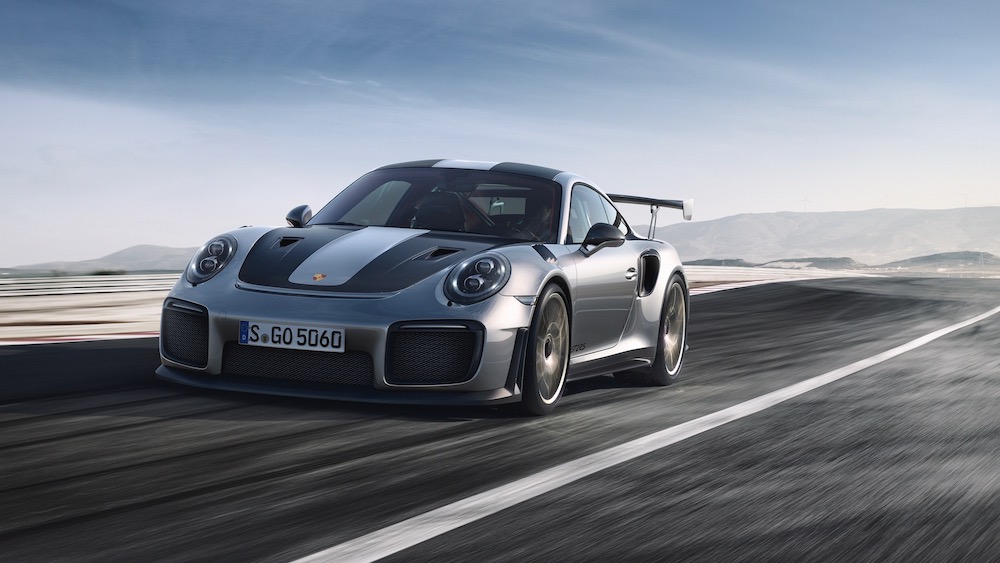 A few weeks ago, a fire erupted in a shipping container on the deck of the Grande America, an Italian cargo ship that was bringing some 2,000 brand new Audis, a quartet of Porsche 911 GT2 RSs, and 33 other Porsches over to Brazil. Workers were unable to contain the flames, and the ship began to list and tilt, before ultimately capsizing and sinking a day later in some 15,000 feet of water, 200 miles off the French coast.

All 27 workers were rescued without injury, but all the vehicles were tragically lost. We’re focusing on the four 911 GT2 RSs because those glorious 700-horsepower, turbo-charged flat-six engines were proper works of mechanical art. A modded version of the $300,000-plus GT2 RS made headlines late last fall when it set a lap record at the Nurburgring, and the GT2 RS has always been hailed as a halo of the 991s. The production line for the GT2 RS shuttered in February of this year, so the big question was would the four Brazilian customers simply be out of luck, with their orders now resting in a watery grave? Ordinarily, after a line is closed, it’s near impossible to start it back up.

MV Grande America has just sunk in about 4,600 meters of water, 180nm west of the French Coast.

However, according to a statement Porsche issued to The Drive, it will be doing just that. “Porsche Brasil confirms that 37 of its new cars, in route from Hamburg, Germany, to Santos, Brazil, were aboard the vessel Grande America that suffered a maritime incident near the coast of Brest, France, on March 12, 2019. Among the fleet were four 911 GT2 RS units. In a special decision and to uphold its commitment to its valued Brazilian customers, Porsche has ensured that those units will be reproduced in the order in which they were originally confirmed.”

Allegedly, the production will commence in April, with delivery of the new GT2 RSs slated for early summer. A round of applause for Porsche here. That can’t have been a decision that was arrived at easily, but it’s one that’ll make all the enthusiasts cheer for years to come.