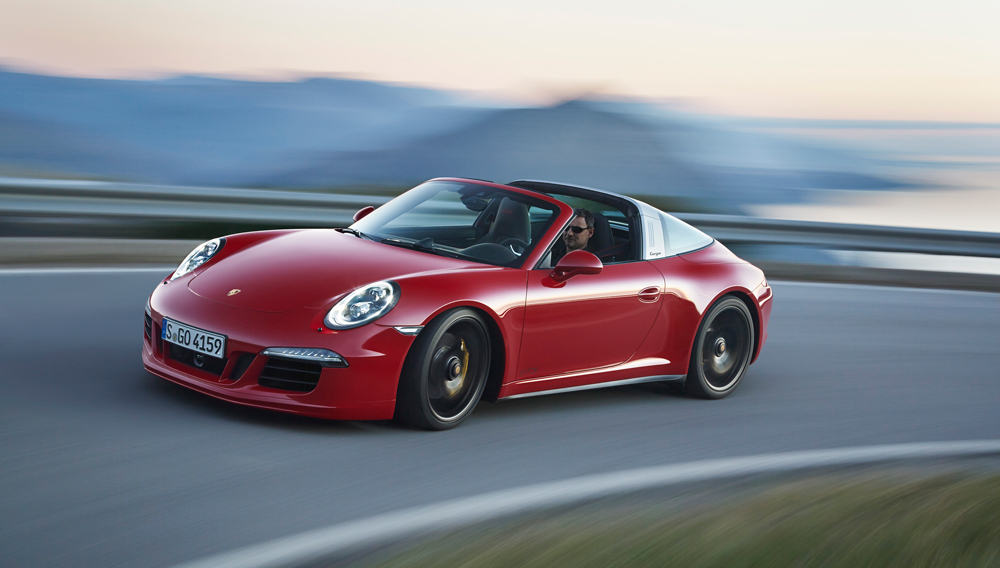 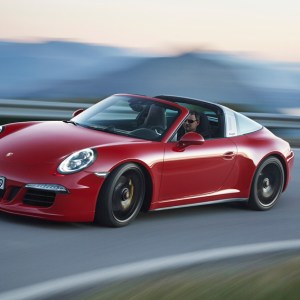 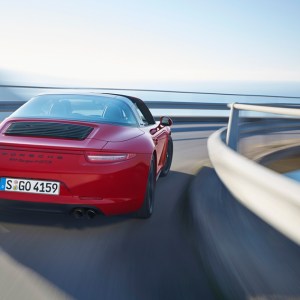 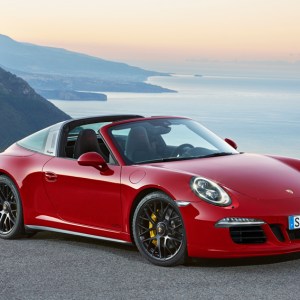 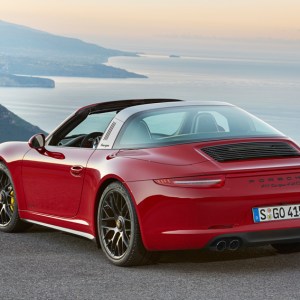 In celebration of the 50th anniversary of the 911 Targa, Porsche unveiled the new Porsche 911 Targa 4 GTS at the North American International Auto Show in Detroit. The original Porsche Targa debuted at the Frankfurt Auto Show in Germany in 1965. In 2014 Porsche reintroduced the 911 Targa, equipped with a fully automated open top and, as its name implies, a targa-style roll bar.

The all-wheel drive 911 Targa 4 GTS features a 3.8-liter flat-6 engine capable of generating 430 hp. Equipped with the standard 7-speed manual transmission, it has a zero-to-60-mph time of 4.5 seconds and can reach a top speed of 188 mph. With the optional PDK double-clutch gearbox instead, the car can reach 60 mph from a dead stop in 4.1 seconds, though the automatic transmission’s extra weight contributes to a 1-mph-lower top speed.

Exterior highlights include matte-black, 20-inch center-lock wheels and a sporty front end. The air intakes, as well as the GTS logos on the doors, the rear, and the roll bar, are black also. Continuing with the black theme, the interior boasts black Alcantara on the steering wheel and the seats, with trim accents finished in black brushed aluminum (other trims, such as carbon fiber, are available as options).