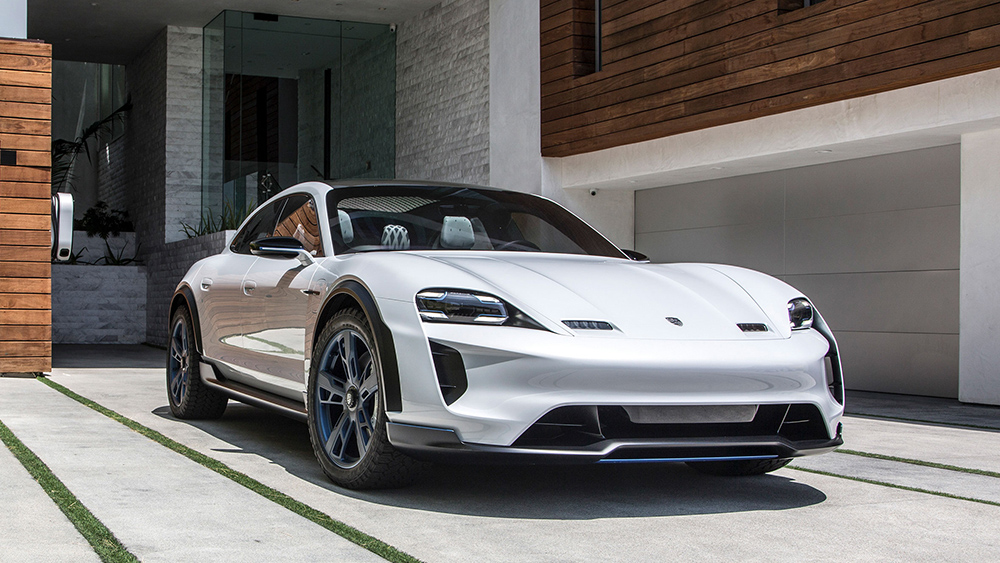 Porsche hasn’t been particularly secretive about the upcoming Taycan Cross Turismo. Still, it’s unlikely anyone thought the exciting EV would be arriving so quickly. According to a new report, the sports wagon could hit dealerships as soon as next year.

While the specifics aren’t known yet, the Cross Turismo is expected to make its official public debut before the end of 2020, reports MotorTrend. And if that does happen, it would open up the door for the car to go on sale during the second half of next year as a 2022 model.

No one’s seen what the actual vehicle will look like, but some spy photos of a prototype from early last year suggest that it will blend the design of the company’s Mission E Cross Turismo concept from 2018 with that of the recently released Taycan. While that likely means that some of the concept’s more playful features, in particular its hood-mounted fog lamps, won’t appear on the final production version, any vehicle making use of the Taycan design language should look sleek and beautiful nonetheless. There’s also a good chance that the vehicle will be much more off-road friendly than the sedan it’s based on, with wide heavy-duty fender flares and a raised ride height.

Less up in the air is the powertrain that will drive the wagon. MotorTrend expects it’ll be similar to the all-wheel-drive power Taycan 4S and Turbo. This means it will feature a two-motor setup capable of producing between 522 hp with a 79-kWh battery pack or upwards of 670 hp when outfitted with the the bigger 93-kWh battery. As promising as those figures may sound, the range may be less exciting. The publication expects the Cross Turismo to get slightly fewer miles per charge than the Taycan, which at 201 miles is already on the low end for a premium EV.

Even less is known about potential pricing for the vehicle. In March, Car and Driver reported that the Cross Turismo sticker price would probably align closely with that of the Taycan sedan. That vehicle currently starts at $105,000, though Porsche is said to be developing a less expensive edition.