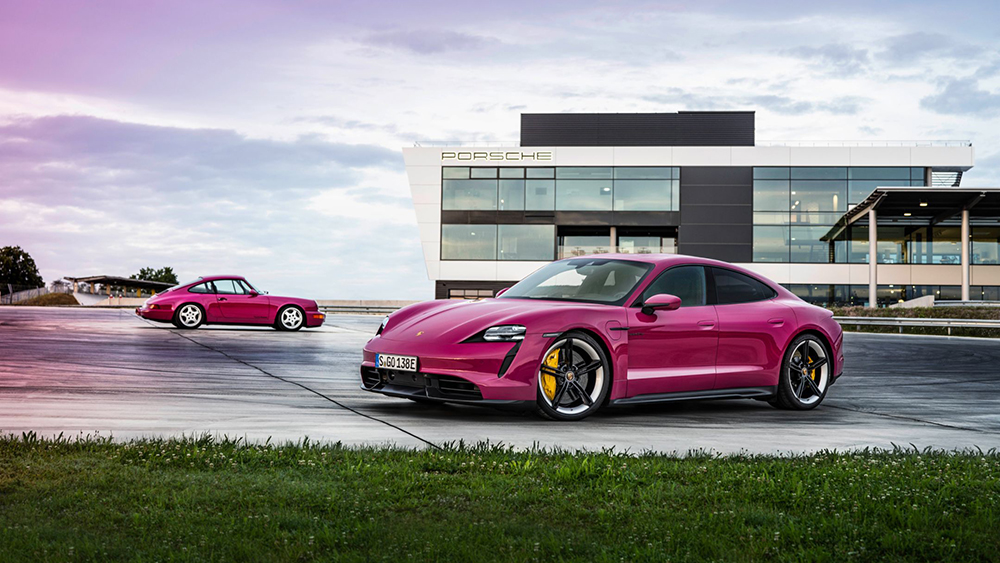 Embracing electrification is already paying off for Porsche.

Not only was 2021 a record sales year for the German automaker, but it also saw its EV, the Taycan, outsell its most iconic car, the 911, in just its second full year on the market. This wasn’t due to the popularity of the gas-powered sports car dipping, either, as 911 sales also reached a new high-water mark.

Although sales were strong across the board, this is especially true for the Taycan. Porsche delivered 41,296 examples of its battery-powered four-door—which is available in three body shapes (sedan, Cross Turismo and Sport Turismo) and six variants (standard, 4, 4S, GTS, Turbo and Turbo S)—between January 1 and December 31, according to a press release. That more than doubles the 20,015 Taycans delivered in 2020.

That total also comfortably puts the Taycan ahead of the 911 as the brand’s third highest-selling nameplate. The marque delivered 38,464 examples of its most famous vehicle in 2021, a new record for the sports car and about 4,000 more than the year before. The fact that the Taycan could outsell the 911 in a record-setting year shows just how quickly and ardently the EV has been embraced. And no, the fact that there are so many different Taycans is not why it outsold the 911. In fact, while customers can choose from one of 10 versions of the EV, there are 21 different versions of the 911  currently on offer.

Despite the ongoing global pandemic and supply chain issues, 2021 appears to have been very good to luxury automakers. Porsche wasn’t the only brand reach new heights over the past 365 days. Over the last week, Rolls-Royce, Bentley and BMW all set new sales marks last year.

Life may not be back to normal yet, but drivers aren’t letting the pandemic spoil their appetite for luxury cars and SUVs.