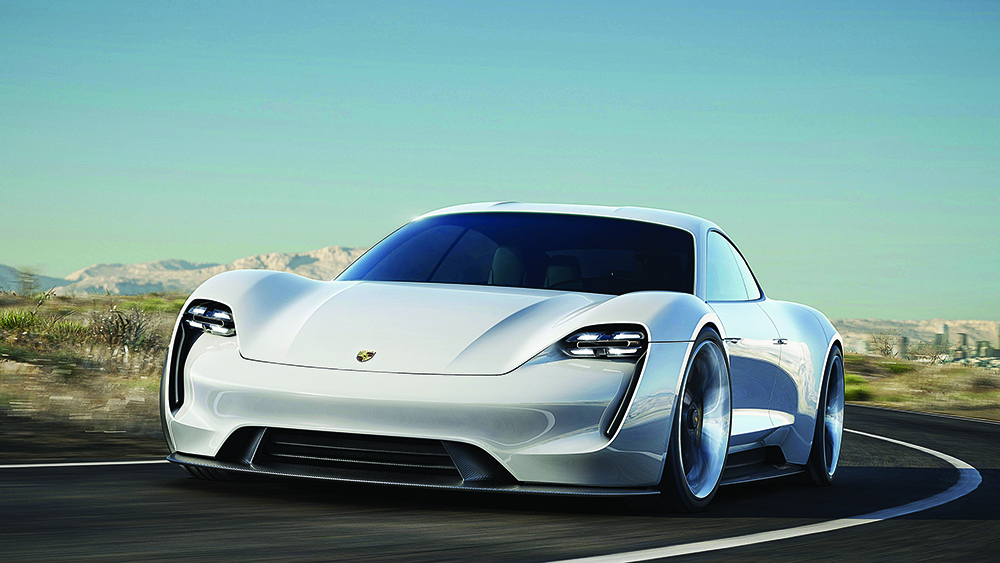 It’s becoming increasingly clear that going electric doesn’t have to slow you down. A week before the all-electric Porsche Taycan is set to make its debut, reports now suggest that the range-topping version of the sedan will feature an “Overboost” feature that will ensure that the company’s first all-electric vehicle isn’t just a Porsche in name.

The top of the line Taycan’s horsepower will reportedly increase to “well over” 700 hp when drivers utilize its “Overboost” function. As CNET points out, that puts the sedan in the same territory as burly muscle cars like the Dodger Challenger Hellcat or the Ford Mustang Shelby GT500—only without any of those pesky engine emissions.

The German automaker has long said that the Taycan would live up to the brand’s proud tradition of performance, and it appears the marque is intent on delivering on that promise. But there’s a slight catch, as the Overboost feature will only push the car to its staggering new heights for an all-too-brief 2.5 seconds. But during this time, the car, in addition to topping 700 ponies, will output in excess of 750 lb-ft of torque and go from 0 to 60 in under three seconds.

A week before the car’s unveiling to the public, much about the Taycan remains shrouded in mystery, with Porsche revealing next to nothing since it officially announced the vehicle in May. According to CNET, the “Overboost” specs suggest that the top of the line Taycan will start at 600 hp and have a range of about 300 miles. Other models in the lineup will most likely have less power and shorter ranges.

News about the Taycan’s impressive grunt is just the latest sign that vehicles with purely electric drivetrains will be able to keep up with—and, at times, surpass—their gas-guzzling siblings. Just last month, Ford revealed that one of its all-electric F-150 prototypes was powerful enough to tow a million-pound freight train, while Lotus announced the Evija, a 2,000-hp, all-electric hypercar capable of going 200 mph.