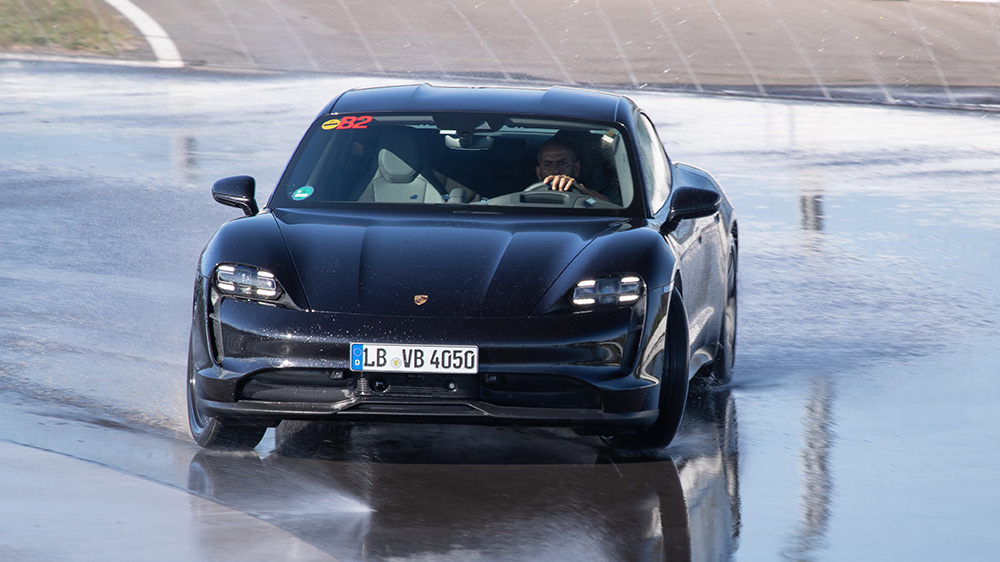 Porsche just earned itself a spot in the Guinness Book of Records—and it has its all-electric Taycan to thank.

On Monday, the luxury automaker announced its battery-powered speedster had earned itself a spot in the world-famous record book after setting the mark for longest continuous drift by an electric vehicle. The record was set by Porsche driving instructor Dennis Retera, who was able to hold on to a drift for a stunning 26.2 consecutive miles earlier this year in Germany.

Retera set the record using a China-market rear-wheel-drive, single-motor Taycan on a water-soaked, 200-meter skid pad at the Porsche Experience Center Hockenheimring, according to a press release. With Guinness judge Joanne Brent looking on, the driver was able to pilot the vehicle sideways for 210 laps, covering a marathon-length 26.2 miles, more than twice the length of the Nürburgring Nordschleife (12.4 miles). The drift lasted for 55 minutes, with the car traveling at an average speed of 28.6 mph.

While Retera said that the Taycan’s low center of gravity and long wheel base make drifting a breeze, he admitted that the record was still hard to pull off. “Nevertheless, it was also very tiring for me to keep my concentration high for 210 laps, especially as the irrigated asphalt of the drift circuit does not provide the same grip everywhere,” he said in a statement. “I concentrated on controlling the drift with the steering— this is more efficient than using the accelerator pedal and reduces the risk of spinning.”