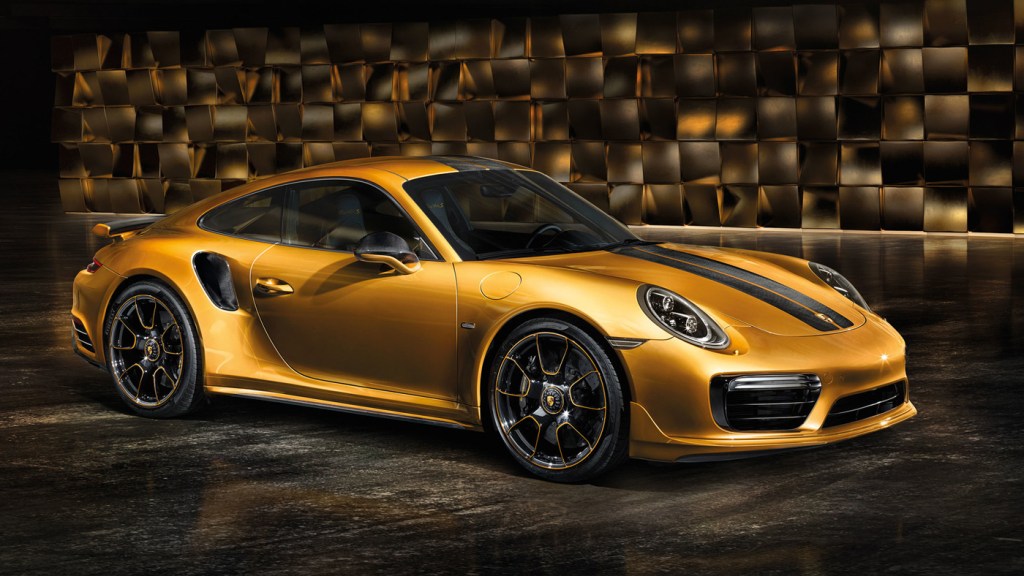 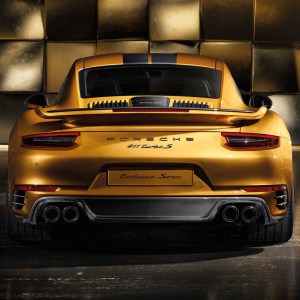 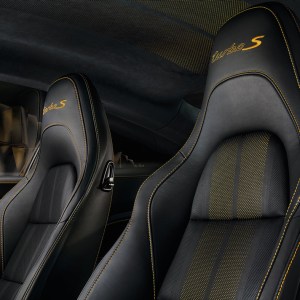 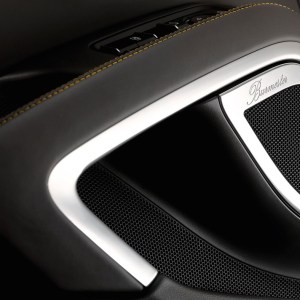 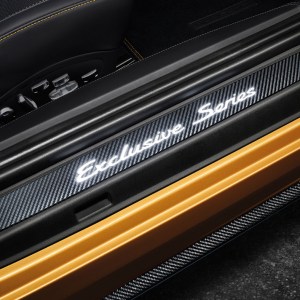 On June 7, less than one month after Porsche produced its one millionth 911, the German marque announced another milestone with the 2018 Porsche 911 Turbo S Exclusive Series Coupe—the most powerful 911 Turbo S created. But the exclusivity goes deeper than what’s under the hood, as the hand-finished car presents new aesthetics inside and out, along with the option of a matching Porsche Design timepiece as complement.

At the heart of this Hercules is a 3.8-liter, twin-turbo flat-6 engine that generates 607 hp and 553 ft lbs of torque. With 27 horses more than the standard Turbo S, the coupe is also .3 seconds quicker. The power train, which also includes a 7-speed PDK transmission, allows the car to crush zero to 60 mph in 2.8 seconds and reach a track speed of up to 205 mph.

Along with its Porsche Dynamic Chassis Control and Porsche Active Suspension Management, the marque fine-tunes the two-door titan’s handling with the addition of Porsche Active Suspension Management and the Sport Chrono package—features that are usually available only as options. All of the above gets translated to the road through 20-inch center-lock wheels, and is tamed by the Porsche Ceramic Composite Brake (PCCB) system which bolsters the vehicle’s already arresting performance.

The Exclusive Series Coupe’s definitive design elements include extensive use of composite materials, such as the carbon-fiber roof, side skirts, and trunk lid. Aerodynamics are accentuated with the integrated Aerokit that comprises a new front spoiler, a redesigned deck lid (with fixed spoiler and side winglets), and an automatic rear wing. To further distance itself from the more mainstream model, the car is presented in Porsche’s Golden Yellow Metallic paint contrasted with two carbon-fiber bands across the roof and rear.

The pilot and passenger are pampered within the carbon-fiber–trimmed interior with 18-way adjustable leather seats, a Burmester sound system, and the Porsche Communication Management system. The latter includes navigation, entertainment, and connectivity features—many of which can be accessed from the steering wheel for convenience.

The interior of the Porsche 911 Turbo S Exclusive Series Coupe.

To commemorate the car, Porsche Design has developed the customizable Chronograph 911 Turbo S Exclusive Series timepiece. The titanium-cased watch, which features a carbon steel dial and the manufacture’s first proprietary movement, also reflects the automobile’s auric livery. The watch, available only to owners of the car, carries a cost of 9,950 euros, although its retail amount for the U.S. market has yet to be determined.

The Porsche 911 Turbo S Exclusive Series Coupe is produced by the new Porsche Exclusive Manufaktur atelier—specializing in bespoke builds—at the automaker’s facility in Stuttgart-Zuffenhausen. Only 500 examples will be made, each available at a starting price of $257,500.