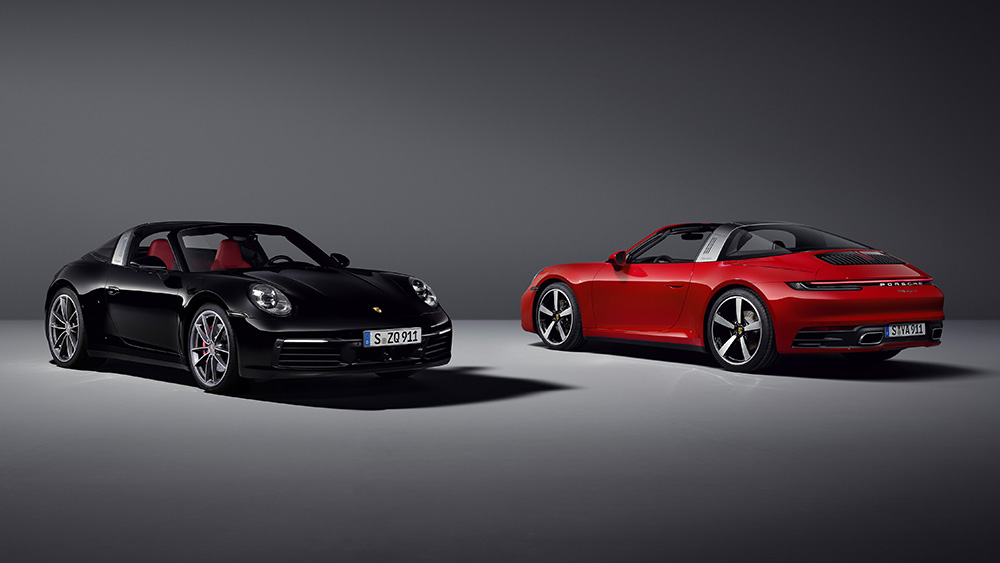 The eight-generation Porsche 911 may be 18 months old, but there’s still plenty of reasons to get excited about the latest iteration of the iconic sports car. And now there’s another, as the German marque has just revealed the car’s eagerly anticipated Targa variants.

On Monday, Porsche debuted the incredibly stylish 992-generation Targa 4 and 4S models in a special virtual world premiere. And while news of the upcoming release of the open-top vehicles would be enough fodder more most auto enthusiasts, the marque had a surprise up its sleeve: the high-performance version of the Targa will be available with a seven-speed manual transmission at no extra charge.

First introduced in 1967, the chic Targa differentiates itself from other open-top 911s thanks to retractable roof and a full-width roll bar that sits behind the driver and passenger seats. The roof, which can be opened and closed in just 19 seconds, is made up of two magnesium segments and features sound-deadening material within its fabric, according to a press release. Meanwhile, the roll bar is similar to the one featured on the last generation of the Targa, though it’s been upgraded to meet the needs of the new model.

Both versions of the variant are powered by a twin-turbocharged 3.0-liter flat-six engine. In the Targa 4, this is good for 379 horsepower and 331 lb-ft of torque, while the 4S’s motor churns out an even more impressive 443 hp and 390 lb-ft of twist. (The difference between the two models’ specs mirrors that of the the 911 Carrera and Carrera S).This engine is mated the brand’s PDK dual-clutch transmission, though, and S owners can opt for the seven-speed manual if they prefer. That makes the 4S just the third 992 model to be made available with a stick shift.

Porsche didn’t reveal an exact release date for the 2021 Targas, but both models are expected to go on sale in the US later this year. The standard starts at $120,650, while the high-performance version can be had for $136,550.