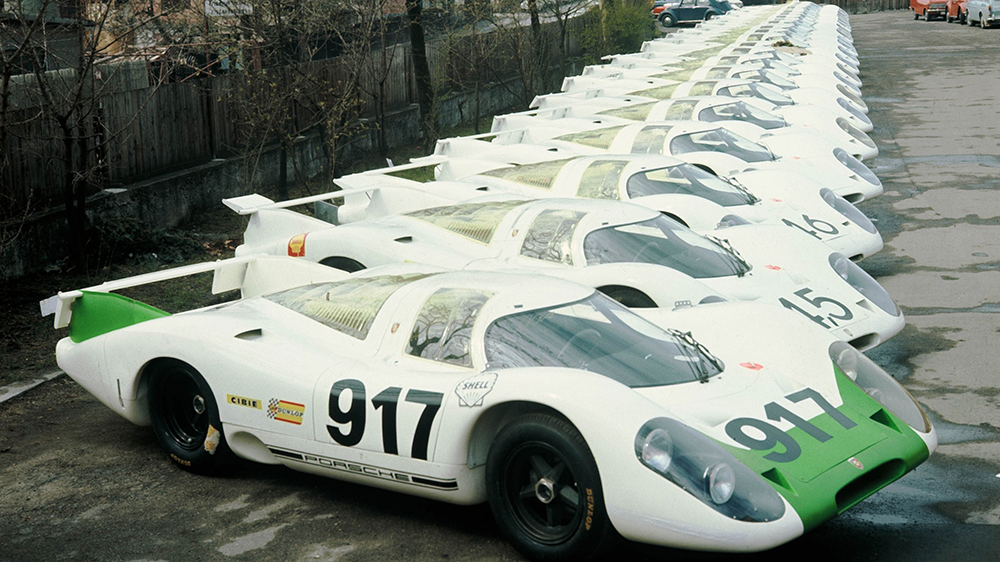 In 1970, the Porsche 917 dominated at the 24 Hours of Le Mans, nabbing the top of the podium. And it returned the following year for a repeat victory. Also in 1971, Steve McQueen’s ambitious film Le Mans forever immortalized the 917 when it held a starring role in that bonkers production. Now, 50 years later, to commemorate and honor the 917, Porsche has curated a special exhibit at the Porsche Museum that’ll kick off in May (just before Le Mans) and run through September, with 10 different race steeds on display. The cherry on top? This “917 concept study” that Porsche created. Isn’t she a proper beaut?

Emphasis on “concept,” as Porsche has sadly confirmed that this will not see production. From the sole picture that has emerged, it appears to be a full-scale vehicle. That two-tone red-and-white livery—“Salzburg,” for the livery nerds—comes directly from the 1970 Le Mans victor, as does the racing number 23. Those tires look plucked directly from the 918, and add to the sporty feel. The overall shape is handsome, and all the nods to its ’70s forebearer are strikingly present: sloping front end, giant front haunches, stubby rear overhang.

If ever that concept were to be realized as a functional race car, it would likely feature a hybridized mill, worlds away from the original 917’s whopper of an engine. That original car was developed by Porsche engineers after the tweaks to the regulations in the 1968 Le Mans event saw engine capacity limited to five liters. Jumping off from the 1968 Porsche 908 Group 6 racer, the 917 was underpinned by a light space frame chassis and had a removable tail section that boasted active aerodynamics. Power came from a 4.5-liter air-cooled flat-12 cylinder engine, which was actually born when two 2.25-liter flat-sixes were married together. It had double overhead camshafts, and two distributors, and plenty of titanium and magnesium elements.