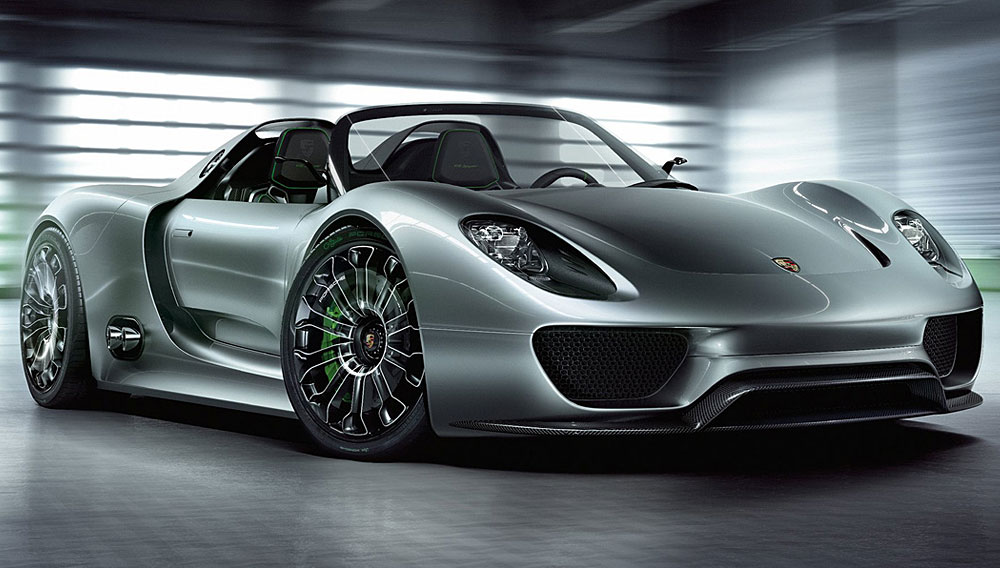 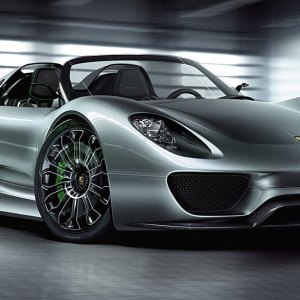 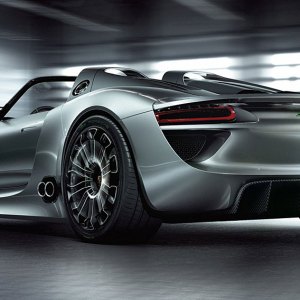 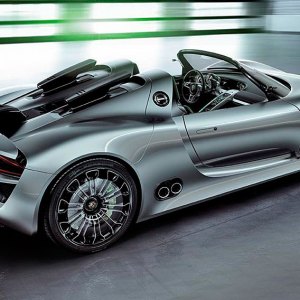 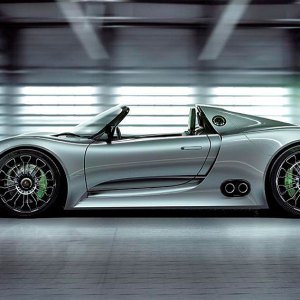 Unlike the Frankfurt and Paris motor shows, where the emphasis is on forthcoming production vehicles, Geneva’s Salon International de l’Auto is known primarily as the designer’s showcase, featuring a parade of concept cars from Europe’s top design houses. The 918 Spyder—Porsche’s curvaceous gasoline-electric hybrid roadster concept—was the surprise sensation at this year’s Geneva Motor Show, but despite its dazzling looks and scintillating (albeit, theoretical) performance figures, this is no mere flight of fancy. The German sports-car maker has some big plans for its latest (and greatest).

The 918 Spyder starts with a mid-mounted 3.4-liter gasoline V-8 engine producing 500 horsepower and adds electric motors in the front and rear axles good for a total of 218 horsepower. That’s 718 horsepower motivating a modest 3,285 pounds—sufficient (again, theoretically) to launch the roadster to 60 mph in a tick over three seconds and onward to a top speed of 198 mph. Perhaps most astonishing, however, is that Porsche claims the car is capable of returning 78 miles per gallon.

Porsche’s chairman, Michael Macht, has been enthusiastic but noncommittal regarding plans to build the hybrid super car. But the 918 Spyder will move one big step closer to the production next May, when Porsche campaigns the roadster in Germany’s grueling Nürburgring 24-hour race. Porsche claims the hybrid will be quicker around the famed Nürburgring Nordschleife circuit than the Carrera GT. This year, the company’s 911 GT3 R Hybrid made a promising debut on the Nürburgring, running for 22 hours and 15 minutes (and leading for 8 hours) before retiring due to engine damage.

For now, Porsche is taking letters of intent from potential customers, looking for at least 1,000 probable buyers (estimated price $445,000) before giving the project an official green light. The company already has some 900 interested buyers, and it may be as few as five years before Stuttgart’s new flagship moves from the show stand to the showroom. (porsche.com/usa)