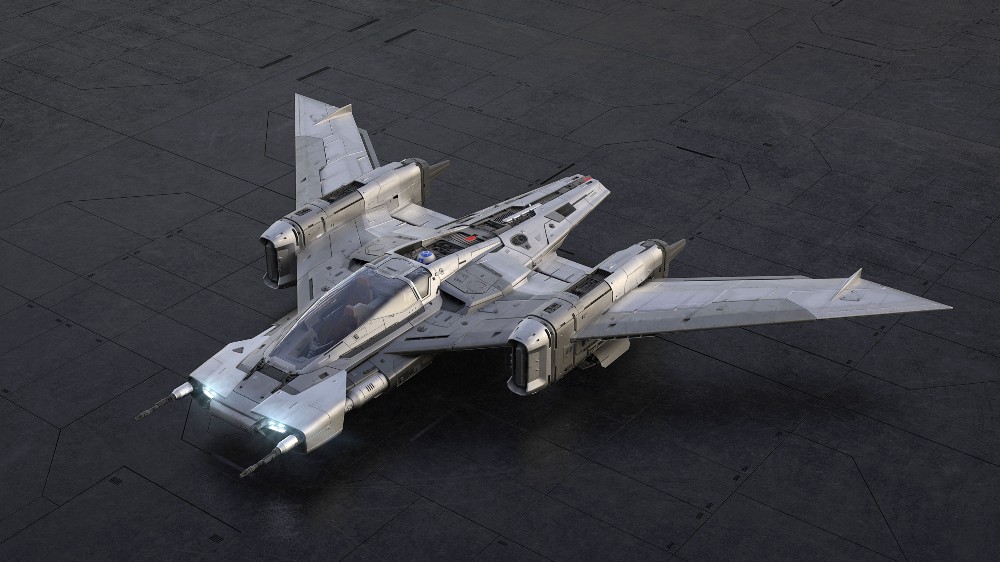 Space X and Virgin Galactic may have their eyes on the moon, but Porsche is aiming for a galaxy far far away. Thanks to a collaboration with Lucas Films, the German automaker has created a new spacecraft that will soon navigate the Star Wars universe.

After having first teased the team-up back in October, Porsche and Lucas Films unveiled on Friday their collaborative “fantasy” starship: the Tri-Wing S-91x Pegasus Starfighter. Though clearly belonging in the franchise’s mythical universe, the striking craft draws inspiration from two of Porsche’s signature vehicles—the 911 and the Taycan.

Set to be featured in the upcoming Star Wars: Rise of the Skywalker, the Tri-Wing looks just like what you’d expect Resistance pilot Poe Dameron to fly into battle with the Kylo Ren-led First Order. While it may not look like a Porsche at first glance, a closer look reveals distinct hints of the Taycan in its nose and headlights and shades of the 911 in its overall shape. While the carmaker didn’t provide any images of the ship’s interior, its low seating position is said to have been inspired by the 918 Spyder.

“The design of the spaceship is harmoniously integrated into the Star Wars film world while at the same time demonstrating clear analogies with the characteristic Porsche styling and proportions,” said Porsche AG vice president Michael Mauer in a press release. “The basic shape of the cabin, which tapers towards the rear, and a highly distinctive topography from the cockpit flyline to the turbines establish visual parallels with the iconic design of the 911 and the Taycan. The very compact layout conveys dynamism and agility, lending emphasis to the Porsche design features mentioned.”

Given the fictive world for which it was created, it seems extremely unlikely that Porsche will never put the Tri-Wing S-91x Pegasus Starfighter into production. Still, there will be a chances to see the ship in real life, as Porsche plans to bring a 5-foot-tall model of the ship to the Los Angeles premiere of Rise of the Skywalker next week.

Check out more photos of the spacecraft below: