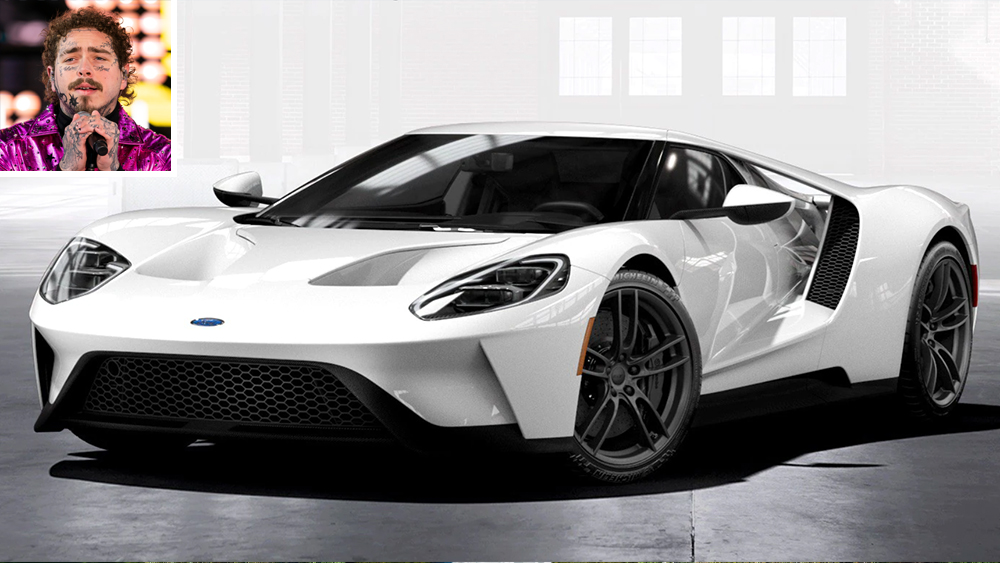 Post Malone’s carefully curated car collection just got a little bigger. And the latest entry might be the coolest yet.

The “Sunflower” singer, whose real name is Austin Post, just unveiled his latest toy—a new white-over-black, second-generation Ford GT. In addition to being a true automotive marvel, the supercar is yet more proof that Malone is one of the more discerning celebrity car collectors out there.

Post shared an image of his new car on Instagram on Wednesday, just days after it made its public debut in a video posted to YouTube by TheStradman. In the video, the popular car vlogger, and Post’s dad, Rich, takes viewers on a tour of the singer’s sub-collection of all white vehicles, which includes the very first Shelby F-150 Super Snake, a Lamborghini Aventador SV Roadster, a limited-edition white-on-white Bugatti Chiron and the new GT.

While each of those vehicles is enviable for different reasons, it’s the newest member of the group that really caught our attention. The GT’s contrasting Frozen White-over-Dark Energy color scheme gives its ultra-aerodynamic body an even more futuristic look than usual, especially when the car is lowered into Race Mode.

Just as noteworthy is the 3.5-liter EcoBoost V-6 that powers the mid rear-engine speed machine. Mated to a seven-speed dual-clutch automatic transmission that delivers power to the rear wheels, the mill is capable of generating 647 horses and 550 ft lbs of twist. The supercar can also launch from zero to 60 in less than three seconds and has a top speed of 216 mph. Of course, that’s to be expected of a vehicle inspired by one of the most famous race cars of all time.

The GT is yet more proof that Post—or his father, who reportedly oversees his collection—has pretty respectable taste in cars. In addition to the four-vehicle all-white set, the singer has also been the proud owner of one of Hennessey’s supercharged VelociRaptor 6×6s and a one-of-three McLaren Senna XP “Master of Monaco” edition.