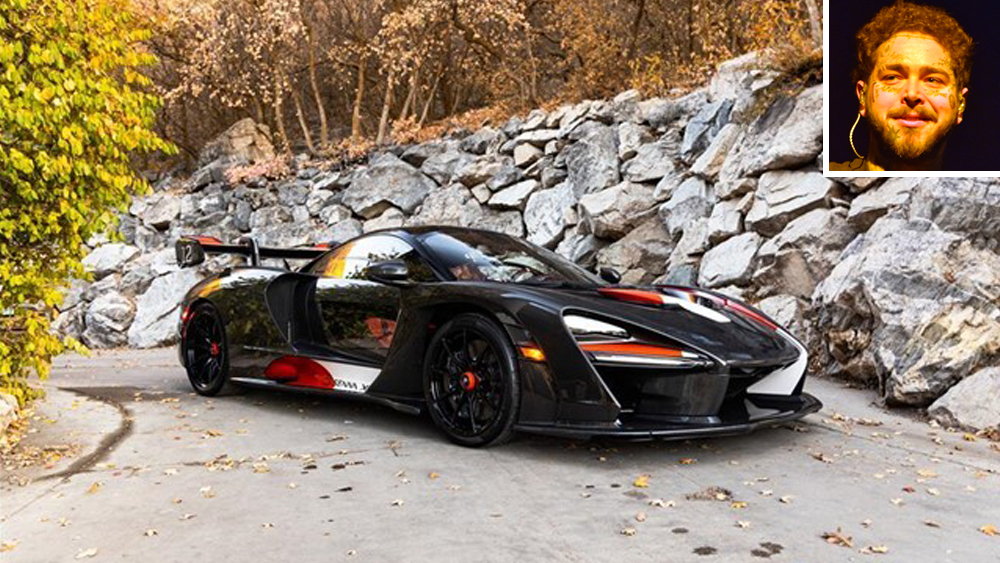 Post Malone may be very vocal about his love of Bud Light and Crocs, but the singer also has a very clear appreciation of the finer things in life, like rainbow Rolexes. Despite this, he’s ready to shed one of his more exclusive possessions—an ultra-rare 2019 McLaren Senna XP.

The pop star has just listed his outlandish hypercar for sale, reports Car and Driver. But this isn’t just any old Senna; it’s one of three one-offs commissioned by McLaren Beverly Hills to pay tribute to the racing achievement of late F1 legend Ayrton Senna.

McLaren only built 500 examples of the track-focused Senna, making it rare even by hypercar standards. But even more scarce is the XP variant, each of which were factory experimental prototypes or test cars completely rebuilt to customer specifications. Post’s Senna XP, dubbed the “Master of Monaco,” is one of these and was commissioned by the Beverly Hills dealership to commemorate Senna’s six wins at the Grand Prix of Monaco, five of which came in consecutive years between 1989 and 1993.

Post’s futuristic-looking speedster has an exposed carbon fiber body offset by red and white accents, along with the principality’s flag hand painted on its giant rear wing. This colorway carries over to the vehicle’s interior, where you’ll also find Senna’s signature printed on the door sill plate and the Monaco flag stitched into the head rests. There’s also a red and white marker at 12 o’clock on the steering wheel and a special “one of one” plaque.

Of course, there’s more to “Master of Monaco” than just its wild design. Like other Sennas, it’s powered by a twin-turbocharged V-8 that produces 789 horses and 590 ft lbs of twist. Thanks to this, the car can rocket from zero to 60 mph in just 2.7 seconds and cover a quarter-mile in 10 seconds at a top speed of 147 mph. The car would appear to be in excellent condition as well, as there are only 147 miles on the odometer.

If you’re interested in Post’s Senna XP “Master of Monaco” it’s currently up for sale over at the DuPont Registry. The sales listing doesn’t include a price, but we’d expect it to be sky high. After all, the “standard” Senna started at a jaw-dropping $1.5 million.