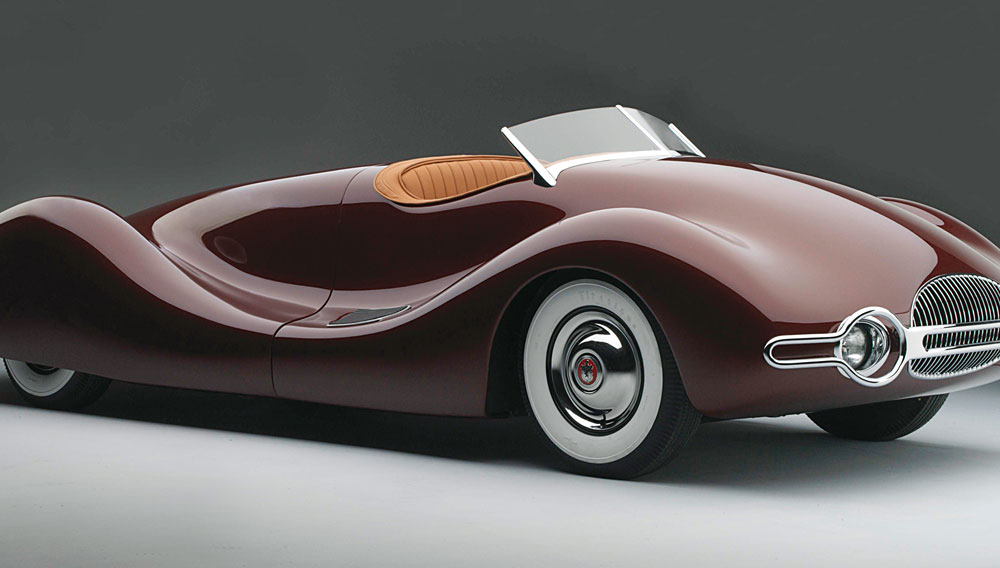 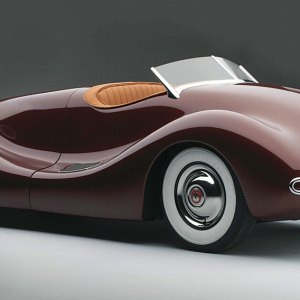 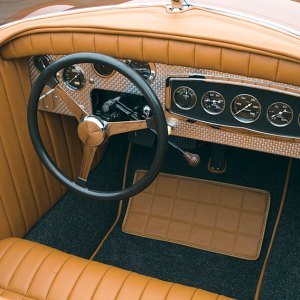 During the late 1940s, the hobby of hot-rodding was attracting automotive enthusiasts who valued one-off styling and performance over period-correct, classic restoration. By 1950, hot-rodding had gained significant momentum. That year also saw the inception of the Pebble Beach Concours d’Elegance (www.pebblebeachconcours.net), a classic car event celebrating historic, authentically restored automobiles with classes dedicated to elegant marques such as Duesenberg, Rolls-Royce, Ferrari, and other prewar classics.

For decades there was no place on Pebble Beach’s lawn for a street rod, but street rod–specific events were launched over time and provided hot-rodders with a forum and a stage to showcase their most treasured vehicles. “There’s no one more enthusiastic than the hot-rodders, and I don’t think anyone has more fun with their cars than hot-rodders,” says Bruce Meyer, a California collector of both classic automobiles and street rods.

You need only look at national shows held by Goodguys Rod & Custom Association (www.good-guys.com) to see that. Past category titles, such as Righteous Roadster, Coolest ’50s, Best Bitchin’, and Bad to the Bone, convey the importance of fun, but they also lack the prestige and the recognition that comes with a “Best in Class” or a “Best in Show” award from concours events like Pebble Beach. By the late 1980s, Meyer decided that needed to change and began campaigning on behalf of the hot-rodding community. Unfortunately, his efforts came at the worst possible time.

Like most pursuits with a strong component of artistic expression, hot-rodding has ebbed and flowed, creating eras that have had long-standing influence over the craft, while at times producing others that have left many enthusiasts scratching their heads. The 1980s was an era in hot-rodding that, as Meyer explains, missed the point. “Guys were overdesigning simply because they felt compelled to just keep designing,” he says. “The hobby started out with traditional, good-looking roadsters, but in the 80s it became something that [today] you’d be embarrassed to pull out of your garage.”

Outlandish vehicles were at the forefront of the genre as Meyer started campaigning for the street rod’s admittance into the Pebble Beach Concours, and not surprisingly, his request fell on deaf ears. It would take another decade of persistence before Meyer and the rest of the hot-rodding community finally arrived on the lawn at Pebble Beach. Even then, Meyer recalls being placed “at the farthest end of the lawn you could get, without being in the bay.”

But a funny thing happened during the street rod’s debut at the Pebble Beach Concours in 1997. According to Meyer, the event revealed the hot-rodding genes in everyone. In some cases, it even converted the nonbelievers. “I had friends that thought hot-rodding was beneath them,” Meyer says. “They all have hot rods now.”

Pebble Beach chairman Sandra Button looks back on that 1997 concours and sees it as a statement, the moment in time when the event broadened its view and acknowledged the evolution of the hobby. It was important for Button that her event embraced that evolution and provided a larger stage for more collectors and enthusiasts to celebrate the parts of the hobby that they love. “I think of the Pebble Beach Concours as a symphony,” Button says. “There are a bunch of instruments and they’re very different, but they come together to celebrate the automobile. And these hot rods are a very authentic reflection of the passion for the automobile in their era.

“Cars are like any other collectible,” she continues. “They have no life or spirit without the people who love them.”