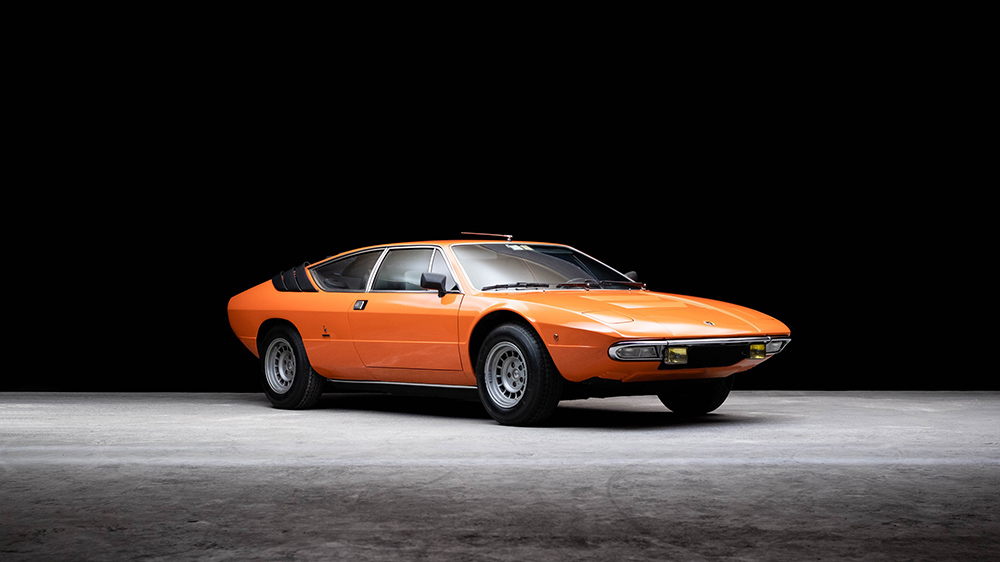 It may be hard to believe now, but there was a time when Lamborghini was concerned with affordability.

During the 1970s and ‘80s, Lamborghini released a trio of more accessible models, the first of which was the Urraco. The brand’s pivot towards affordability didn’t last long, though, making the coupé one of the rarest models in Raging Bull history. That’s why it’s so noteworthy that a gorgeous pre-production example of the Urraco was just listed for sale by Weekend Heroes.

The Urraco launched in 1973, the same year that production of the marque’s breakthrough, the Miura, ended. The model was Lamborghini’s answer to the Ferrari Dino and Maserati Merak, both of which were positioned as a more affordable alternative to each brand’s flagship model. The car never quite caught on—nor did its accessible predecessors, the Silhouette and Jalpa—and by the end of the decade, it had been discontinued, with only 791 examples rolling off the line.

The Urraco may have been priced below the Miura and Countach, but it was by no means a budget car. It is still a Lamborghini after all. The coupé had a striking design penned by Marcello Gandini, who was working with Bertone at the time. Those familiar with the famous designer’s work—he was also responsible for the Miura and Countach—will recognize its athletic stance and clean lines. The example up for sale is pre-production model number 19, which was fully restored last decade. It still features its original interior, but the Arancia paint job is new.

Urraco translates to “little bull” in English and one just needs to look under the hood to see why. Unlike the brand’s other cars of the era, almost all of which are powered by V-12s, the Urraco packs a V-8. This example has a number-matching 2.0-liter mill that was completely rebuilt by a former Lamborghini works mechanic during the restoration. Thanks to this and the fact that it has less than 40,000 miles on the odometer, it should drive quite nicely.

When the Urraco originally went on sale, it started at just over $20,000. Nearly 50 years later it’s going for a fair bit more than that. Weekend Heroes is asking €105,000, which works out to $110,000 by current exchange rates. You’ll also have to get the car from Germany. We have a feeling there are more than a few Lamborghini buffs who won’t be put off by either fact.