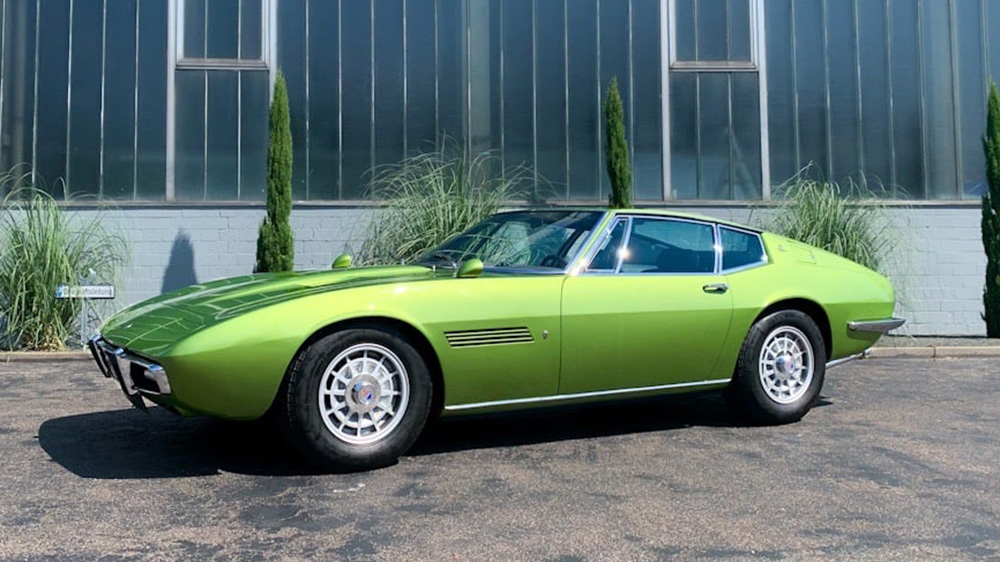 Experienced collectors know few things can compare to acquiring the first example of a beloved make or model. But sometimes there are examples that predate even those: pre-series models.

One such car was just posted for sale by Germany’s Koch Klassick—a pre-series 1968 Maserati Ghibli 4.9 SS. Not a prototype, per se, the one-off speed machine was built a full model year before the high-performance variant of one of the decade’s defining vehicles went into production.

First introduced at the 1966 Turin Motor Show, the Ghibli was Maserati’s answer to the grand tourers from its Italian contemporaries, Ferrari and Lamborghini. It showcased an elegant long-nosed design from Giorgetto Giugiaro and a 4.7-liter V-8 engine that produced 310 horses under the hood. The car was quite a feat of design and engineering, but after a couple years on the market, the automaker decided the time was right to launch an even more powerful variant. Enter the Ghibli 4.9 SS. Scheduled to debut in 1969, the high-performance variant came equipped with a 4.9-liter V-8 capable of an generating an extra 20 horses and pushing the car to a top speed of 168 mph, making it the fastest road Maserati ever produced at the time.

This particular pre-series example was built the model year before the variant went into production and pairs the brawny mill with the body and interior of a standard Ghibli. Finished in Verde Gemma green and with a black leather interior, the GT remains in excellent condition despite having never been restored. It’s gone through two owners since it was first delivered to US back in 1968, and even spent some time in the defunct Brooks Stevens Automotive Museum before finding its way to Germany and its current owner in 2010.

As you might expect for a car this rare, Koch Klassick hasn’t included a price with the ’68 Ghibli SS’s listing, though they’ll provide one upon request. But based on how much pristine examples of the model can go for—a 1972 4.9 SS Spider sold for over $750,000 last year—we expect it to be steep.