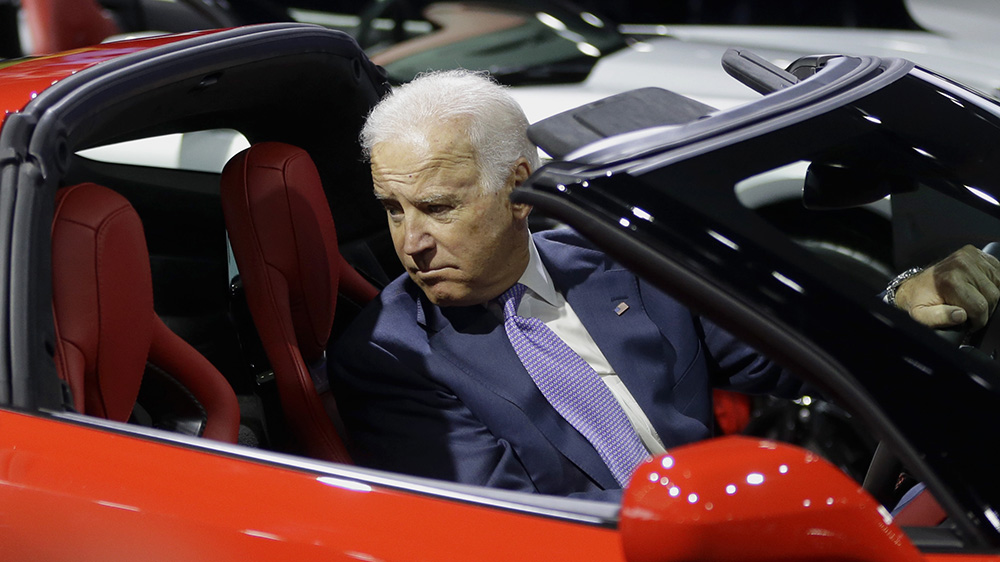 On Wednesday evening, the president announced a $2 trillion spending plan aimed at rebuilding infrastructure in the US and giving the economy a much-needed boost. Within the proposal, which would be funded by an increase in the corporate tax rate, is a $174 billion investment Biden hopes will spur the development and adoption of battery-powered vehicles.

So, how exactly does Biden plan to make EVs more attractive to American drivers? By addressing two recurring issues: affordability and charging anxiety.

Despite a huge increase in popularity, EVs are still a niche product. Battery-powered cars make up just 2 percent of sales and 1 percent of all vehicles on the road. One of the main reasons for this is price. The Biden Administration thinks it has a solution for that in the form of big customer incentives.

A cursory glance at the auto market shows that EVs, by and large, cost significantly more than their gas-powered peers. The reason is simple: Electric car batteries are expensive, costing up to $15,000 for a mid-size sedan. Although costs for lithium batteries are slowly going down, the president wants to offset this premium by offering large tax credits, rebates and incentives to individuals, businesses and governments that buy EVs, as reported in the New York Times.

Of course, offering customer incentives for EVs is nothing new. Drivers who buy a new EV currently get a $7,500 tax credit for their purchase, but those credits phase out after an automaker has sold 200,000 EVs. That means you won’t get one if you buy a Tesla or one of General Motors’ electric cars today. The administration has not revealed how much the new incentives will be, or what vehicles they will apply to, but one has to assume they will be bigger and with much more generous phase-out limits.

Will these incentives be enough to encourage consumers to buy more EVs and push automakers to increase production? That’s an open question, especially since we don’t know how big they will be. But it’s clear that the administration doesn’t think the current credits are anywhere near enough to move the needle.

Cost isn’t the only impediment to buying an EV. Charging anxiety is also an issue, especially since dedicated EV chargers are nowhere near as common as gas stations. Just look at how much attention is paid to the driving range among the market’s top EVs.

The Biden administration’s solution to this is simple: build more charging stations. It plans to build 500,000 stations throughout the country—which would work out to 10,000 per state if they were evenly divided—by the end of the decade, reports CNBC. That’s a huge increase over where things currently stand today. There are currently 41,400 dedicated EV chargers in the US, compared to 136,400 gas stations.

While more chargers is definitely a good thing, their success in alleviating consumer anxiety will  depend on what kind of chargers they are. Just over 10 percent of the today’s chargers are DC fast chargers. They can refill an EV to 80 percent in 20-30 minutes. But most charging stations deliver AC power, which is then converted to DC by the EV itself. A full recharge with AC chargers can take hours depending on the EV. Unless the Biden administration prioritizes the creation of DC fast chargers, potential EV consumers would have to be willing to wait hours to charge their vehicles, which would most certainly factor into sales.

Still, adding 500,000 stations will go a long way toward easing concerns about EVs running of juice while on the road—and counter the notion that electric cars are merely a flash in the pan.

Delivering on a Campaign Promise

Biden has been telegraphing’s Wednesday announcement since he was on the campaign trail. In the run-up to November’s election, he repeatedly said that he planned to boost customer incentives for buying battery-powered cars and invest billions in improving the nation’s charging infrastructure. Then, in January, during his first week in office, he said he wanted to replace the government’s fleet of cars—which reportedly consists of over 645,000 cars—with American-made EVs.

And the reaction has been swift. Days after Biden made the announcement, GM said that it would phase out the sale of all its gas- and diesel-powered vehicles globally by 2035. Similar announcements from Volvo and Audi have followed. Wednesday’s mammoth spending plan still has some hurdles before it becomes law, but it could be the jolt that both consumers and automakers need to help make EVs the road-going standard rather than the exception.