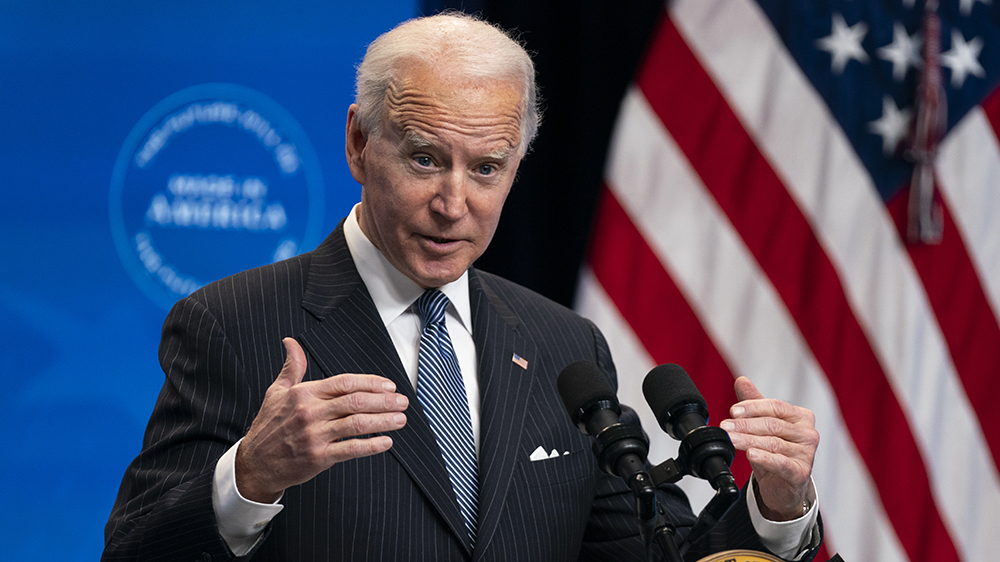 President Joe Biden knows the automotive industry is heading towards an electric future and is pushing the US government to get onboard as soon as possible.

On Monday, No. 46 announced plans to replace the government’s fleet of vehicles with US-made EVs, reports CNBC. Not only will the move see Biden deliver on a promise he made on the campaign trail, but it also has the potential to create up to one million new American jobs.

The plan was announced during a news conference about the expansion of the “Buy American” Act of 1933. Although not directly addressed in the executive order, Biden said that the federal government would begin switching over to a fleet of vehicles that are “net zero emissions.”

“The federal government also owns an enormous fleet of vehicles, which we’re going to replace with clean electric vehicles made right here in America, by American workers, creating a million auto worker jobs,” Biden said. He then added, “This will be the largest mobilization of public investment in procurement infrastructure and R&D since World War II.”

Will the upcoming Mustang Mach-E be used as a government vehicle?  Photo: Courtesy of Ford Motor Company.

No other details were announced during the press conference, but switching over to an all-EV fleet is no small undertaking. As of 2019, the federal government has over 645,000 vehicles on the road—35 percent of which are operated by the US Postal Service—and only a fraction currently feature electrified powertrains. The fleet was driven a combined 4.5 billion miles and consumed 375 million miles of gas that year. It also remains to be seen whether Biden envisions the fleet being fully electric or if some plug-in hybrids will be included.

The proposed switch was met by open arms by the United Auto Workers. The union applauded Biden for sending a “strong message to American workers that our government will do all it can to support buying American products, made here by American workers, recommitting to the men and women of working America,” according to Car and Driver. GM and Ford, two American automakers who’ve committed serious resources to EVs going forward, voiced their support as well, calling it encouraging and critical in separate statements.