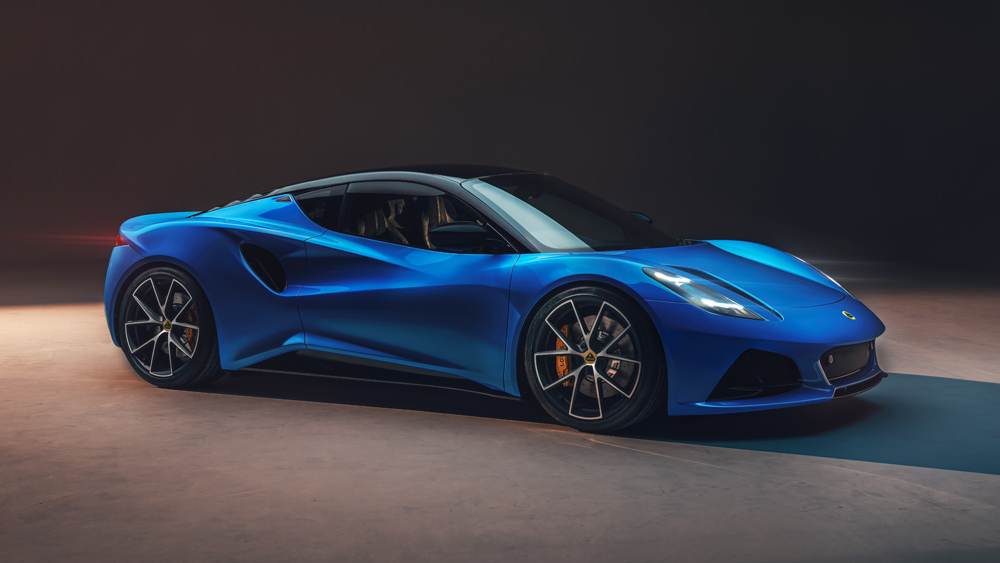 If you’ve been eyeing the newest release from Lotus, the British automaker just announced more specifications and the cost for its Emira V6 First Edition. Fully loaded examples of the mid-engined Emira, packed with a supercharged Toyota-built, Lotus-massaged 400 hp V-6, rings in at £75,995 (close to $104,000 at the current exchange rate), although US pricing has yet to be announced.

Reasons abound to consider these first Emiras over offerings from equally storied rivals. In the official price announcement, Lotus managing director Matt Windle describes the model as the “most accomplished Lotus we’ve ever made,” a car that offers significantly stepped-up levels of handling, power and comfort over recent models such as the Exige and Evora. While the Emira employs the marque’s familiar bonded-aluminum chassis, the overall package is a far cry from the Lotus Elise of the 1990s and early 2000s—a bare-bones go-kart of a vehicle that, arguably, kept the company from permanently shuttering.

However, anyone with a stable of old-school sports cars should also take notice. As suggested by its 2,000 hp, all-electric Evija, Lotus, like many other manufacturers, is committing to fully electrify its lineup and has said the Emira will be its swan song for the internal combustion engine.

The Emira V6 First Edition certainly seems to be one for collectors. In keeping with its track-friendly DNA, the low and wide car comes with a proper six-speed manual transmission, although a paddle-shifted autobox is an option. The Emira is offered in six paint schemes—from the launch-model’s Seneca Blue to a truly British hue referred to as Dark Verdant—and rides on two-tone, lightweight 20-inch wheels. The colors of the branded brake calipers can also be special-ordered at no charge.

Save for the car’s $1,650 Black Pack option, which blacks out items such as the roof, mirror backs and exhaust, the debut Emira comes kitted with a selection of four special trim packages as standard. These include the Lower Black Pack, complete with front-bumper air blades, a front splitter, side sills and a rear diffuser—all in gloss black; the Drivers Pack, a choice between Tour or Sport suspension, which come with either Goodyear Eagle F1 or Michelin Pilot Sport Cup 2 tires, respectively; the Design Pack, which adds privacy glass, sports pedals and a black Alcantara headliner; and the Convenience Pack with front parking sensors, rear reversing camera, rain-sensing wipers and auto-dimming mirrors. The only other option is the aforementioned automatic gearbox, a $2,500 extra.

The Emira V6 First Edition will be built at the marque’s new $140 million facility in Hethel, England.  Photo: Courtesy of Lotus Cars Limited.

In addition to the Emira V6 and four-cylinder First Editions, Lotus is promising an entry-level version in 2023, starting at $80,000. That seems a fair price for what promises to be a piece of automotive history from a company that was founded in 1948 by the legendary Colin Chapman and went on to make a splash everywhere from the F1 circuit to James Bond films. Lotus will kickoff production of the Emira V6 First Edition next spring at its new $140 million facility in Hethel, with the four-cylinder variant following in the fall of 2022.