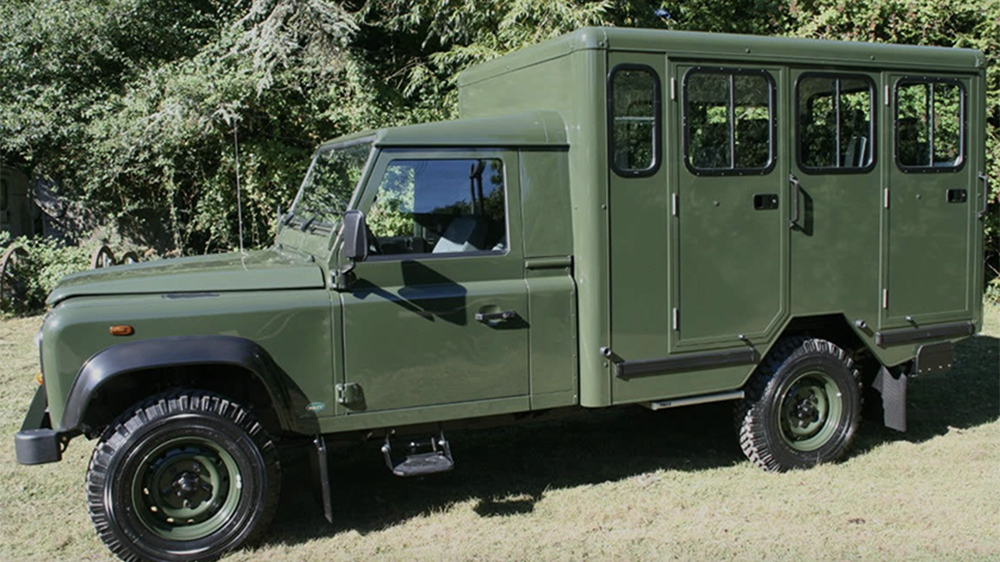 Prince Philip loved Land Rovers so much one will serve as a hearse during his funeral procession next weekend.

The casket carrying the body of the Duke of Edinburgh, who died last week at the age of 99, will be driven to its final resting place at Frogmore Gardens, on the grounds of Windsor Castle, in a custom Defender 130 Gun Bus, reports The Drive. And this isn’t just a vintage Land Rover that Queen Elizabeth II’s late husband loved, it’s one he helped design.

The green Gun Bus was hand built by Foley Specialist Vehicles and delivered to the queen’s private home, the Sandringham Estate, in 2016. Crafted to Prince Philip’s exacting specifications, this model is a decidedly luxurious take on the utility vehicle. It features an extra-long, 130-inch wheelbase, reinforced frame, entirely new rear passenger cabin, loads of hinged storage, large opening windows, two roof vents, LED lighting, a green leather interior and French Oak trim. The hulking 4x4s are used by the British Army, but we would assume the royal, who was an avid hunter, likely used his while shooting game.

“We have just delivered a totally rebuilt 130 Defender Gun Bus to the Duke of Edinburgh for use on one of the Estates,” the Land Rover specialists wrote in a 2016 Facebook post, which has now been made private. “Built to his specifications in the traditional Deep Bronze Green to an ‘As New’ standard. Built onto a galvanized chassis and hand-built rear body.”

It should come as no surprise that Prince Philip had such an affinity for the English SUV maker; the marque is a royal family favorite. Queen Elizabeth’s father, George IV, was presented with the 100th Land Rover after it rolled off the line in 1948, according to The Drive. And in 2016, the Queen and Prince Philip rode around Windsor Castle in a  special convertible Range Rover waving at the the thousands of adoring onlookers who had gathered to wish her a happy 90th birthday. Next weekend’s procession will, of course, mark a far more somber occasion, but it seems only fitting that the prince’s final ride will in his beloved Defender.