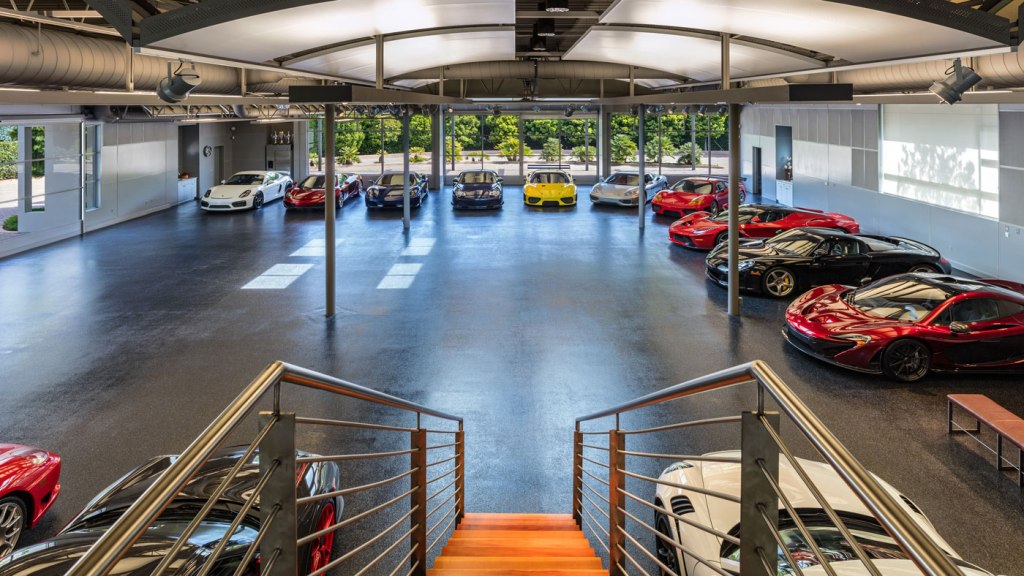 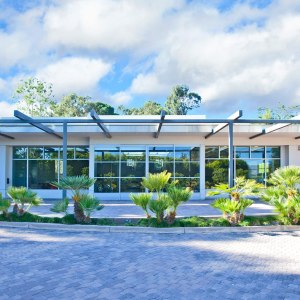 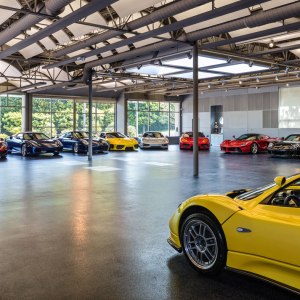 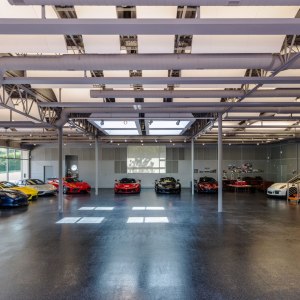 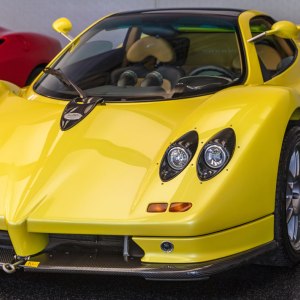 For any car connoisseur looking to rev-up their own collection, a private automotive museum in Malibu, Calif., now presents the perfect opportunity. The latest listing from real estate agent Chris Cortazzo and his team is an exclusive exhibition space designed and developed by owners Steve and Azita Goldman. The 7,000-square-foot enclave—sequestered on one acre within the tony community’s prestigious Point Dume neighborhood—not only houses 14 rare racers and supercars (with room for 25), but integrated clean-room technology at a level one would expect from the Louvre.

“Our concept was to create a purpose-built facility just for cars,” says Steve Goldman, a racecar driver with two Masters Championship titles in the Pirelli Porsche Race Series. “I’m an engineer by training and was the CEO of a high-tech company for many years, so technology is my forte. I contacted curators of museums and asked them, ‘How do you keep a painting for 1,000 years.’ What I learned was that it’s all about controlling humidity and temperature—humidity being the most important element. This facility has temperature control, humidity control, dust control, and anti-bacterial control. It’s essentially on par with a hospital operating room.”

To maintain such a pristine environment for his vehicles, Goldman relies on three independent heating, ventilation, and air conditioning systems; an industrial grade de-humidifier; a micron dust filter; ultraviolet bacterial abatement; and a computer-operated air filtration system that keeps the temperature between 72 and 75 degrees Fahrenheit and the relative humidity level at roughly 50 percent.

“The research that I did suggested that what damages rubber, belts, and plastic components is fluctuating humidity levels,” Goldman explains. “At high levels, humidity gets absorbed into these materials, and then it evacuates when levels are low. After thousands of such cycles, materials crack. If you take a look at even my oldest cars, every piece of plastic is in perfect condition, every belt is fine, nothing fails, because of the humidity balance within the building.”

The measures taken prove merited upon inspection of the superlative car collection and each example’s immaculate condition. The A-list assemblage, which rests on black, anti-slip epoxy flooring, represents high-performance marques such as McLaren, Ferrari, Pagani, and Porsche. Inside the gorgeous steel-aluminum-and-glass “garage” are a 2015 LaFerrari, a 2006 Ferrari 430 Spider, a 2014 McLaren P1, a 2001 Pagani Zonda Coupe, and a passel of Porsches, among others.

Racecars in the room include a 2001 Ferrari 360 Challenge, a red 2002 Ferrari 360 GT, and a couple of one-of-a-kind wonders. Among the latter is a 600 hp Ruf Turbo Coupe Wide Body made specifically for Goldman. “Alois Ruf is a very close friend of our family, and he built us this one-off 911 R Turbo Wide Body developed ground up from a Porsche GT2 frame—it’s irreplaceable.”

The innovative interior can accommodate 25 cars.  Photo by Simon Berlyn.

Sitting by its side is another unique car that Goldman would never part with. His yellow 2002 Ferrari 360 GT is a 2,450-pound, modified marvel he nicknamed “Cherrari” and only experienced once. “Bob Faieta, owner of Competition Motorsports, built me a 1,000 hp, dry-sump engine from Lingenfelter that generates 1,000 ft lbs of torque. He also put in an offshore-racing boat’s transmission from Weismann,” says Goldman. “We took the car on Willow Springs and it was so fast, and so scary, that I parked it and didn’t drive it again. It’s probably among the fastest vehicles—period.”

Weighing only 2,450 pounds, this none-off racecar roars with a 1,000 hp engine bulit by Bob Faieta, owner of Competition Motorsports.  Photo by Simon Berlyn.

Apart from the two aforementioned automobiles and the Pagani, however, Goldman is amenable to the possibility of parting with a small portion of his four-wheel fleet. “If someone really wanted a couple of cars from the collection, it’s something I would reluctantly consider. I would just charge them the replacement cost.”

That replacement cost would be in addition to the standalone price of $10 million for the land and structure, with any car sale contingent on purchase of the property. Parties interested in the museum, either with or without some of its coveted contents, should contact Cortazzo’s office directly.