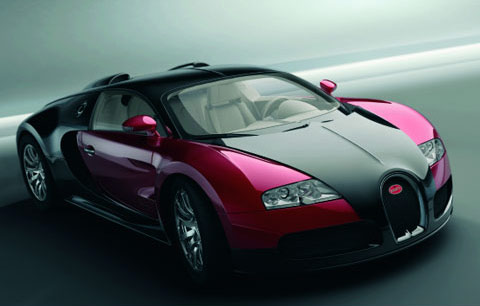 To savor some of the world’s most coveted supercars, visit www.wreckedexotics.com. The lineup would fill an enthusiast’s dream garage: Aston Martin Vanquish, Ferrari F50, Lamborghini Murciélago, Mercedes-Benz E55, Porsche GT2, McLaren F1, and more. Of course, little resemblance remains between the sensual sheet metal that the automakers originally constructed and the twisted hulks they have become.

The web site’s photos serve as chilling reminders that no car—and no driver—is invincible. Obviously, these owners had no intention of transforming their six-figure machines into scrap metal; it is a scenario that few ever consider when driving their dream machine away from the dealer. However, the mixture of massive horsepower and type-A testosterone often becomes combustible. “A lot of people want to purchase wild machines like the Bugatti Veyron because they’re bling,” says Rick Roso, motorsports marketing manager of the Skip Barber Racing School. “Then they cruise around town thinking, ‘Hey, this is easy.’ From there, it’s a short step to, ‘OK, let’s see what this baby can do.’ The next thing you know, they’re in deep trouble, without a clue of how to get themselves out. Bad things happen.”

The companies behind the upcoming wave of supercars—the Bugatti 16.4 Veyron, the Ford GT, the Mercedes-Benz SLR McLaren, and the Porsche Carrera GT—claim to have engineered the safest breed of high-powered machines yet. Lightweight but durable materials envelop the driver and offer maximum protection during impact. To prevent accidents from occurring in the first place, several of the automakers are equipping their cars with driver’s aids that can adjust a car’s braking or acceleration when the vehicle’s computer recognizes a catastrophic loss of grip or directional stability.

Yet for all the safety improvements the manufacturers have introduced, they remain powerless to control the most immediate threat to the driver’s safety: his brain and his right foot. “The guys who buy these cars are used to bending the world to their will,” Roso says, “not the other way around.”

Of course, the point of owning a supercar is to drive it to its limit. But the greater goal is to survive that experience. Recognizing these dual objectives, Mercedes has constructed approximately 90 percent of the SLR out of carbon fiber, including the chassis, nose cone, doors, and body panels. Similarly, the Carrera GT features a lightweight, high-strength carbon fiber monocoque chassis. “Carbon’s a lot more expensive than tube steel or honeycomb,” explains Chris Gilman, Carrera GT project manager, “but it gives the car maximum survivability for minimal weight.”

Ford went in another direction. Like Lamborghini’s new Gallardo, the GT is built with aluminum space frame technology. “Carbon does extremely well on the racetrack and in crash tests,” notes Neil Hannemann, the GT’s chief program engineer. “It’s a different story in the real world. In accidents on public roads, where a car usually gets hit and hit again, aluminum doesn’t fracture [like carbon fiber]. You get more than one shot at protecting your passengers.”

While both types of construction have their advantages, whether one is safer than the other is debatable; the National Highway Traffic Safety Administration’s mandatory crash test is pass/fail, and both have passed. Also, independent investigators such as the Insurance Institute for Highway Safety seldom possess the funds to perform crash tests on supercars. And furthermore, no test can completely replicate a real-world accident.

All of which suggests that it is important for automakers to design cars that will forestall accidents as well as withstand them. Manufacturers call this “active safety,” or the art of building machines that combine organ-squeezing excitement with user-friendly dynamics. The goal is to deliver a supercar that a reasonably competent driver can take to the edge of its performance envelope—and back.

Purists would rather embark on that journey without any high-tech assistance. They dismiss driver’s aids as tiresome electronic nannies that stifle the ragged-edge driving action that makes life worth living. Less committed supercar devotees embrace driver’s aids as silent partners that can save your life. Besides, they contend, you can always switch them off.

Mercedes expects SLR owners to use their supercars as daily drivers that have to contend with everyday issues such as rain and ice. The SLR will therefore feature the company’s full complement of electronic safety systems. “Our stability program acts as an insurance policy,” says Wayne Killen, SLR brand manager. “It enhances the overall driving experience by helping daily drivers cope with emergency situations like black ice.”

Bugatti is taking a similar approach, although track racing will undoubtedly be the primary purpose for purchasing the Veyron. The 1,000-hp Bugatti will feature Audi’s Electronic Stability Program (ESP) and the latest four-wheel-drive technology. “Why wouldn’t we have them?” asks Bugatti President Karl-Heinz Neuman. “They make a tremendously fast car safe to drive.”

Porsche equipped the Carrera GT with traction control to assist drivers during fast launches but decided against installing Porsche Stability Management (PSM), which is available in the company’s current lineup. PSM, which can be turned off, keeps lower-priced Porsches in line at high speeds. Gilman says most owners will drive the GT on the track, where such stability control would prevent them from exploring the car’s capabilities. “Our customers are buying raw performance,” Gilman says. “On a public road, the [GT’s] limits are so high that you never get close to the point of needing PSM.”

Owners of Ford’s 500-hp GT will also drive without an electronic safety net. “We decided to leave off the aids and concentrate on making the GT drivable for the average person,” Hannemann says. “The finished car is extremely linear at speed, offering smooth transitions from understeer to oversteer. Ultimately, we put our faith in the driver rather than in the car.”

However, not even the world’s strongest chassis, user-friendly handling, and sophisticated driver’s aids can guarantee that a supercar owner won’t stuff his car into a tree. Without question, driving skill is the most important piece of the supercar safety puzzle, but try telling that to some owners. “It’s not easy for them to admit they need training,” says Roso. “You need a whole new set of skills to cope with a supercar’s extreme capabilities. A lot of drivers get in over their heads, mash the brakes, and hope for the best.”

It is a challenging situation for automakers. While they do not want to turn away an eager customer, they would like the driver to have more experience and ability than a 16-year-old who just graduated from his learner’s permit. “It’s not a good idea to put a person who doesn’t have the skill behind the wheel of a high-powered car,” says Mercedes spokesman Fred Heiler. “We’d like to see all our SLR customers take more than the required training.” That said, Mercedes will provide SLR owners, gratis, with a “driving experience,” an opportunity to join a professional driver for an extended fling around McLaren’s test track in Woking, England.

Leave it to Ferrari, the king of supercars, to make driving instruction an integral part of ownership. Each of the 399 Enzo owners received one-on-one instruction on a closed circuit. “You don’t need special training to drive a Ferrari,” says Ferrari marketing director Alessandro Gabriele, “but we teach Enzo owners how to use the car’s full capabilities in a wide range of situations.”

Ultimately, a supercar owner’s safety is in his own hands. Hannemann says potential buyers should examine a supercar’s build quality and structure, check that the ergonomics are suitable, and test-drive it for stability under maximum maneuvers. Roso agrees but thinks that honing one’s driving skills to match a supercar’s potential performance is any owner’s greatest—and most important—challenge. “Even racecar drivers come to our school to brush up on things,” Roso says. “So what do you think the average guy needs? You can do the math on that one.”

The numbers associated with the Bugatti Veyron are impressive: 1 million, 250, and 1,000. Those refer, respectively, to the car’s price in euros ($1.1 million, give or take $20,000 or $30,000), its top speed in miles per hour, and its horsepower. One more figure to consider is 50, the number of Veyrons that Bugatti expects to build per year, which means that any owner can regard his new car as among the rarest of acquisitions.

The Veyron, which debuted at the Pebble Beach Concours d’Elegance in August, is scheduled for 2004 delivery to those buyers who have applied for ownership and made their 300,000-euro down payments. The aluminum and carbon fiber body reduces the weight of the car, helping its 1,000-hp supercharged 16-cylinder block—two eight-cylinder engines vertically stacked—propel the Bugatti from zero to 186 mph in less than 14 seconds. The 7-speed transmission is operated with paddle shifters that can change the Bugatti’s gears in 0.2 seconds.

Take heed, Ferrari. Detroit’s two-seat coupe is aimed directly at Maranello’s 360 Modena, offering an additional 100 horses and 225 ft lbs of torque over the signature Italian sports car—and at virtually the same price. The $150,000 mid-engine Ford GT, which flaunts Italian curves and American brawn, will be delivered in spring 2004.

While the supercharged V-8 block is the star of the car, Ford’s styling team merits equal plaudits. The 6-speed Ford retains the curves of the classic 1960s GT racecars, and its stark interior is a mixture of aluminum and magnesium, highlighted by a bank of retro toggle switches that line the dashboard.

The Porsche Carrera GT, scheduled for a late 2003 delivery date, will instantly become the finest and most fleet machine in the German manufacturer’s lineup. Carbon fiber construction gives the GT a trim 3,042-pound playing weight, and its 5.5-liter, 605-hp V-10 engine propels the car from standstill to 62 mph in 3.9 seconds. The top, made of two 5.3-pound carbon fiber shells, can be removed for open-air cruising.

While the two-seat roadster is specifically tuned for racing, its interior offers the luxury of an everyday tourer. Leather covers both carbon fiber seats, while wood graces the tip of the GT’s shifter. The car can also be equipped with a navigation system, although Porsche suspects that its GT owners will not require any assistance finding the next turn on the track.

While the $300,000-plus price tag attached to the Mercedes-Benz SLR McLaren rivals that of the Maybach, that is where the similarity ends between the 205-mph sports car and the marque’s über sedan. The SLR, which is Mercedes’ answer to Porsche’s Carrera GT, Ferrari’s 575M Maranello, and Lamborghini’s Murciélago, is powered by a 600-hp front-mounted AMG V-8, which should give the racer a sub-4-second zero-to-60 time.

Mercedes teamed with McLaren, its Formula One partner, to build the SLR. Like its F/1 siblings, the SLR is constructed of carbon fiber and includes a number of racing-inspired aerodynamic features. However, unlike the vehicles in which David Coulthard and Kimi Räikkönen compete, the SLR is also designed for daily driving. Delivery of the SLR is expected in early 2004.