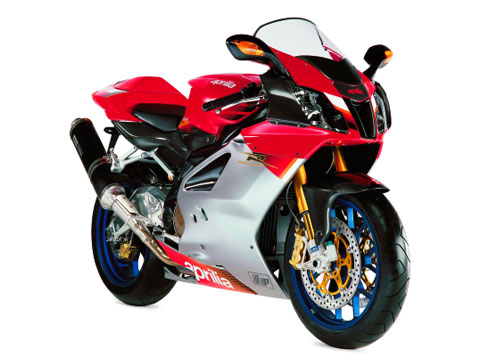 Every year, manufacturers hone their machines to perform specific tasks, such as long-distance touring, all-out track racing, or casual weekend cruising, and 2004 is no exception. Most of the bikes of the near future do one thing—and do it perfectly. In the following pages, we present a broad collection of niche-tuned bikes that represent this strict positioning, and cover the spectrum of what the bike makers have to offer. We like what they have done.

BMW’s tradition of building rugged long-distance cruisers continues with the R1200C Montauk, which will be released at the end of the year. The $14,990 bike fills the gap between the base R1200C model and the top-of-the-line R1200CL. The performance of the 61-hp engine, which puts out 72 ft lbs of torque, remains similar to existing R models, but the Montauk offers superior fuel efficiency thanks to its innovative two-spark ignition system. In addition to improving fuel consumption, the mechanism reduces emissions and provides better engine response. The streamlined side covers give the sturdy Montauk a sexier appearance, and a new windscreen sits atop a pair of vertical headlamps.

The RSV Mille 1000 R features a new 60-degree V-twin engine called the V60 Magnesium. The 997cc block achieves 138.72 hp, giving the bike a top speed of more than 170 mph. At 416.67 pounds, the new 1000 R is 1.3 pounds lighter than the current model. An air scoop sits in the center of the windscreen, giving the motorcycle 3 percent greater power than its predecessor. Its frame, lighter and 5 percent more rigid than the previous model’s, has a strength that should decrease lap times as well. To improve the machine’s center of gravity, Aprilia moved the swing arm pivot forward and lowered the swing arm mounting and saddle frame.

The 631-pound Ridgeback, which measures 107 inches from nose to rear and has an 82-inch wheelbase, is the latest entry to the increasingly popular chopper market. The motorcycle’s long, windswept front fender, sleek rear fender, and stretched headlight capture the long and lean look of classic choppers. The bike’s two-into-one chrome exhaust pipes give the bike a deep, throaty sound, and like all of its siblings, the $24,900 Ridgeback sports fat tires and a 107-cu-in block.

Initially conceived in 1999 and then shelved for two years, the Sapphire Wraith is nearing completion. Confederate Motorcycle Co. plans to unveil the first model of the $75,000 bike in November. The Wraith, which is being built on Confederate’s new G3 platform, will feature an extensive use of carbon fiber and weigh less than 400 pounds. It will be powered by a 145-hp V-twin that achieves 160 ft lbs of torque. Confederate plans to deliver only 30 over the course of the next year.

Back to the Track

The recent delivery of the $13,995 Brutale Strada was only the first salvo in a barrage of new MV Agustas. Before the end of 2003, MV enthusiasts—including those who placed deposits on their bikes several years ago—will see the Brutale Oro, SPR, and Ago in U.S. showrooms.

The $28,995 Brutale Oro is MV’s signature naked bike, stripped of fairings to expose the innards of the highly tuned Italian machine. The Oro can rev as high as 13,100 rpm, peaking at 155.3 mph. The carbon fiber bike weighs only 393.8 pounds, allowing riders to blast to unspeakable speeds in a blink. Only 30 Oros are coming to the States.

Meanwhile, only 70 models of the $22,695 SPR and the $25,995 Ago will be sold in the States. Both are designed for the racetrack, weigh 413.6 pounds, and boast top speeds of 177.6 mph at 13,900 rpm. The SPR is available only in black, while the Ago, named after MV racing legend Giacomo Agostini, sports a red and silver coat. The Ago also bears the number 1, Agostini’s racing number, on the side fairings, and a replica of his signature on the rev counter. Both the Ago and the Oro are adorned with a gold plate on the steering head bearing the bike’s serial number and the name of its owner.