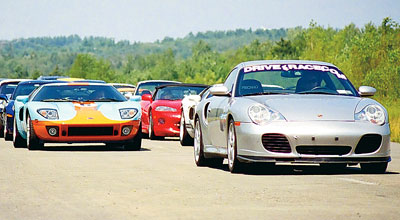 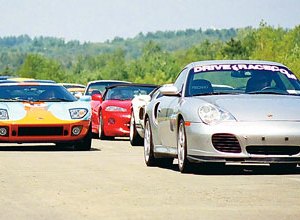 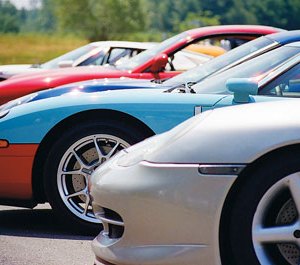 The sleepy village of Monticello in New York, where life moves decidedly more slowly than it does 100 miles to the south in Manhattan, will begin to pick up the pace next summer, when it will become home to one of the country’s largest private racetracks.

The Drive & Race Club’s 3.37-mile course, a curving road that will include 75 feet of elevation changes, will be built on the 225-acre lot that was the Monticello Airport. Near a spot now occupied by an abandoned hangar bearing a faded advertisement for Piper aircraft, the track’s longest straightaway will stretch for three-quarters of a mile, past a planned lavish clubhouse. The track then will snake through the countryside before bringing drivers back to the straightaway.

“We’re creating a new opportunity and experience but capitalizing on the existing American dream to go fast,” says Michael Kaplan, a real estate developer and managing director of the Drive & Race Club, which may cost as much as $50 million to complete. “That dream is in all of us to some degree, so we’re going to create an opportunity to fulfill that in a safe environment.”

Kaplan and track designer Bruce Hawkins, who contributed to the Virginia International Raceway and New Jersey’s Thunderbolt Raceway, are hoping to emulate the recent success of similar private and semiprivate race clubs, most notably the Autobahn Country Club, which opened last April, 35 miles southwest of Chicago. Kaplan says the Drive & Race Club will distinguish itself from other auto racing facilities in the region by the length of its track (more than twice the length of Lime Rock Park in Lakeville, Conn.), its proximity to New York City (150 miles closer than Watkins Glen International), and its attention to club members’ satisfaction and comfort. “It’s really the first road course country club in America,” he says.

Kaplan notes that he is not a racing enthusiast himself, but that he has experienced how a fast ride on a small, cramped track can feel. “By the second lap, I was terrified,” he recalls of his one jaunt in a racecar. “By the third lap, I had my eyes closed.” That experience has influenced the track’s layout. “We’re building an extremely wide margin of error into the track,” he says.

To residents of New York, Pennsylvania, Connecticut, and Massachusetts, the club will offer a total of 500 memberships, which will provide unlimited use of the track for the next 99 years. The cost for each of the first 100 memberships, which will be by invitation only, will be $100,000, plus annual dues of $7,500. Prices for the remaining 400 memberships are expected to be greater. The club also will offer 200 national and 50 international memberships, beginning at $35,000 each, which will offer more-limited use of the track. Club members will have access to garage facilities for their cars, and, for an additional fee, they can take a helicopter shuttle to and from Manhattan. By car, it takes about 90 minutes to reach Monticello from the city.

“There haven’t been private tracks like this until recently, and none near New York City,” says club member Tony Borcich, a physician who lives in Westchester County and works in Manhattan. “It’s much easier for me to go in early to work, work five or six hours, and then jump in my car and drive up there to meet a few friends and hot-lap. That’s the main reason anyone would create such a venue and why anyone would join.”