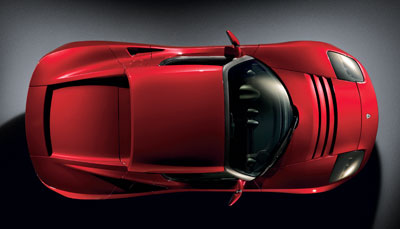 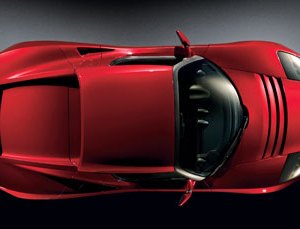 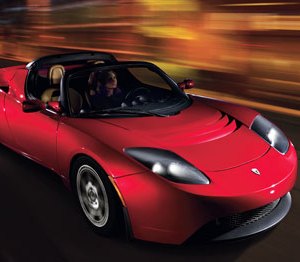 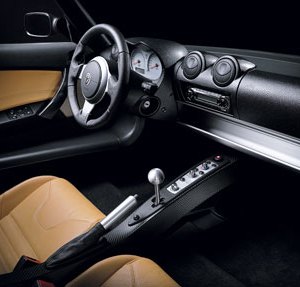 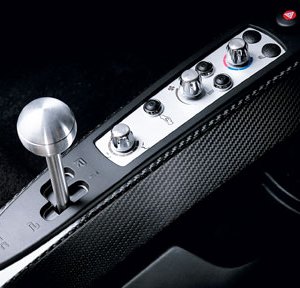 When the Tesla Roadster goes into production less than a year from now, it will come with a Lotus chassis, a $100,000 price tag, and a zero-to-60-mph time of four seconds. And unlike any other car with that type of performance capability, the Tesla will produce zero guilt pangs. The vehicle will drive, look, and be priced like a high-end sports car, but it will be propelled entirely by a battery-powered AC induction motor that does not discharge any emissions. “You can drive around and feel smug in a hybrid car,” says Martin Eberhard, chief executive of Tesla Motors. “But you’re still burning oil, dude. If we want to become independent of countries that hate us, we need to stop using oil altogether.”

Rubber is the only petroleum product that the Tesla Roadster promises to burn. The two-seat convertible will whir its way to 60 mph from a standstill as quickly as a Ferrari F430, and it will do so quietly, even as its motor turns at 13,500 rpm. If GM had the ability—or the inclination—to combine the attributes of the EV1 with those of the Corvette Z06, it would have produced the Tesla.

However, what may be the boldest advance in automotive technology since the invention of the electric starter is not coming from any of the car industry giants. Eberhard, a self-described environmentalist and a former member of Greenpeace, says the idea for the Tesla Roadster sprang from a search three years ago for his next new car. “I wanted it to be fun to drive without getting lousy gas mileage,” he says. In his view, nothing on the market met both of those criteria. Rather than compromising, he and Tesla Motors co-founder Marc Tarpenning spent the next six months conceiving an ambitious business plan for a company that would produce Eberhard’s ideal car. The company would be named after Nikola Tesla, whose discoveries at the turn of the last century led to the invention of alternating-current (AC) machinery.

Eberhard and Tarpenning’s timing was not perfect. Global warming was not the high-profile issue that it is now, and oil prices were hovering around $50 a barrel. “Three years ago, it was a hard story to tell,” Eberhard says. “Considering inflation, oil was then at an all-time low.” But just six weeks after he and Tarpenning had finalized their plans, billionaire Elon Musk, the co-founder of PayPal and the owner of a McLaren F1, became Tesla’s primary investor and chairman of the board. “Elon was the perfect match for us because he shares our vision,” Eberhard says. “He won’t compromise.”

Eberhard recalls how he initially intended to use the body panels from the Lotus Elise to save costs, but Musk maintained that the Tesla Roadster deserved its own identity. Given those marching orders, Russell Carr’s team at Lotus designed a carbon-fiber exterior that bears no resemblance to the awkward shapes of earlier electric vehicles. In fact, you could argue that the Tesla Roadster is more attractive than the Lotus Elise.

The Tesla’s lines are clean and purposeful, with unique headlights and taillights, tasteful scoops, and an electronically operated rear spoiler. Climbing aboard will require a bit of flexibility, but the doorsills will be 2 inches shorter than those on the Elise, and because the wheelbase is 2 inches longer, six-footers should fit comfortably inside.

Once you are behind the wheel, the fun begins. Peak torque of 180 ft lbs is available from zero to 6,000 rpm, which means that the throttle response will react with the immediacy of a light switch when the driver steps on the right-side pedal, formerly known as the gas pedal. There will be nothing subtle about this car’s acceleration. The motor will have only one moving part, an electromagnetic rotor that cranks out as much as 248 hp.The manually operated, clutchless transmission will have two gears, the second of which will allow the car to reach a top speed of 130 mph. To reduce the car’s weight, Tesla will omit a reverse gear. Instead, the motor simply will spin in the opposite direction. Indeed, the Roadster’s quickness will be attributed mainly to its relatively light weight; the frame, taken from the Elise, will be composed of bonded and extruded aluminum.

More than one-third of the car’s 2,500-pound curb weight will derive from its pack of 6,831 lithium ion batteries—the kind that supply energy to laptops and cell phones.

You will be able to recharge those batteries in just three-and-a-half hours using a station that can be installed in your garage. Fully charged, the batteries provide a range of 250 miles. In case you need to travel farther than 125 miles from home, Tesla will offer a portable charging unit. The batteries will operate in temperatures from -4 degrees to 248 degrees Fahrenheit. Tesla will guarantee the batteries for five years or 100,000 miles, and when they eventually wear out, they can be recycled. The cost of replacing the batteries will be high, but it likely will decrease in the future.

Ironically, on the day in 2003 that California’s Air Resources Board (CARB) modified the state’s Zero Emission Vehicle program (ZEV), Tesla Motors applied for its Internet domain name. The original ZEV, which the CARB established in 1990, would have required that 10 percent of the new cars sold in California in 2003 be emissions-free.

In the 13 years leading up to its revision, the ZEV mandate had failed to create a supply of electric cars. Nevertheless, Eberhard hopes that a supply of Tesla Roadsters will result in a demand for them. The Lotus factory is capable of turning out more than 1,000 cars per year, though the first 100 Tesla Roadsters have yet to be sold. Sales could become brisk once the car’s performance abilities and entertainment value receive more notice, or if it becomes apparent that the Tesla Roadster will be the answer to the question, “Who killed the gasoline car?”