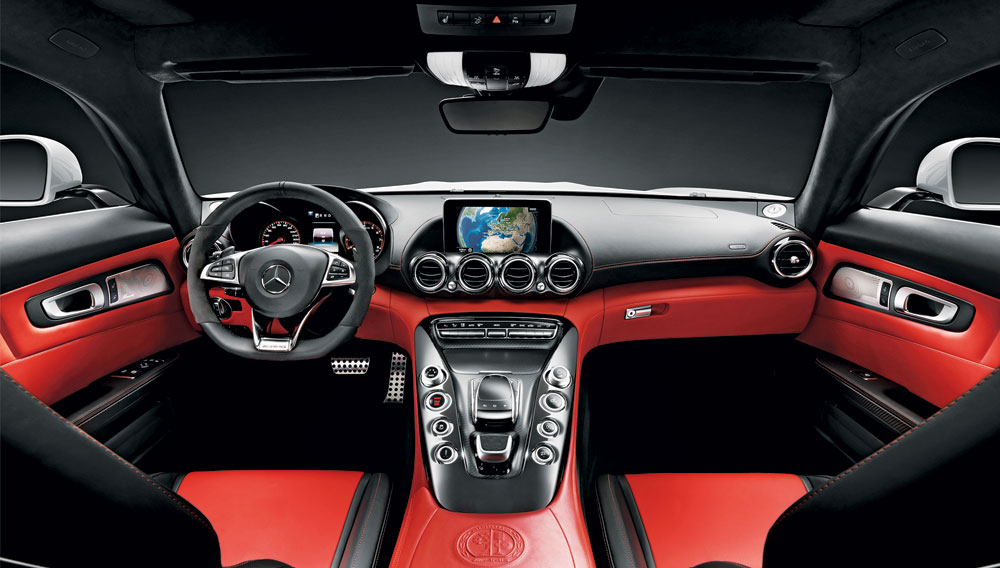 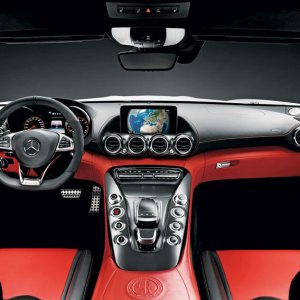 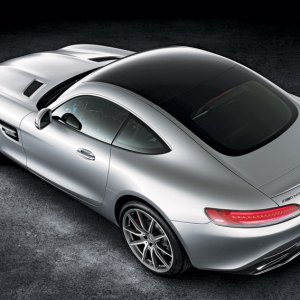 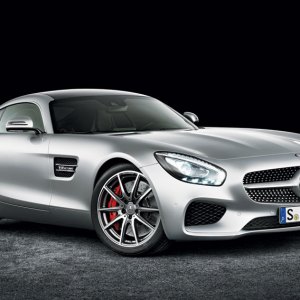 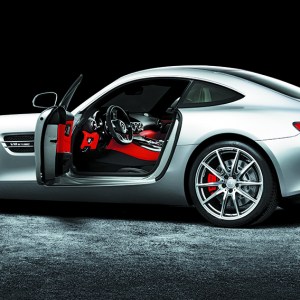 The 2016 Mercedes-AMG GT S is the second sports car developed entirely by AMG—meaning it did not begin as a Mercedes-Benz production model and then receive a mechanical makeover from the company’s performance division. It follows the groundbreaking SLS (coupe and Roadster), which first presented AMG’s new vision of the Mercedes-Benz sports car. The GT S also becomes the second model bearing the new Mercedes-AMG brand, the creation of which indicates how prominent a role the former tuning shop—founded in the 1960s by the engineers Hans Werner Aufrecht (A) and Erhard Melcher (M) in the German town of Grossaspach (G)—now plays for Mercedes-Benz.

The GT S will arrive in U.S. showrooms this spring with an estimated starting price of about $150,000. The less powerful and less expensive GT will launch in 2016.

The two-seat GT S is smaller than the SLS and features lightweight aluminum space-frame construction and a front mid-engine layout with a rear-mounted transmission. The configuration creates a front-to-rear weight distribution of 47/53, which contributes to the car’s superior handling.

The engine is an all-new aluminum 4-liter V-8 with dry-sump lubrication and twin internally mounted turbochargers—a first for AMG—that spools up 503 hp and 479 ft lbs of torque at just 1,750 rpm. (The GT will produce 456 hp.) The new power plant is paired with a 7-speed dual-clutch transmission and enables an estimated zero-to-60-mph time of just 3.7 seconds and an electronically limited top speed of 193 mph. The optional AMG Dynamic Plus package uses dynamic engine and transmission mounts to provide even sharper handling and to broaden the power bands for horsepower and torque, but it does not increase the engine’s maximum output or the car’s acceleration or top speed.

The shape of the GT S recalls that of the 300SL Gullwing of the 1950s—or the Jaguar E-Type or Ferrari 275 GTB. It displays the same proportions that characterize the most enduring two-seat, front-engine sports-car designs: a long hood, a short rear, and wide flanks. The GT S design also features scalloped sides that are as seductive as those on the original Corvette. Front and rear diffusers and a retractable rear spoiler that extends when the car is traveling at speed harness aerodynamics and accentuate the car’s sporting nature.