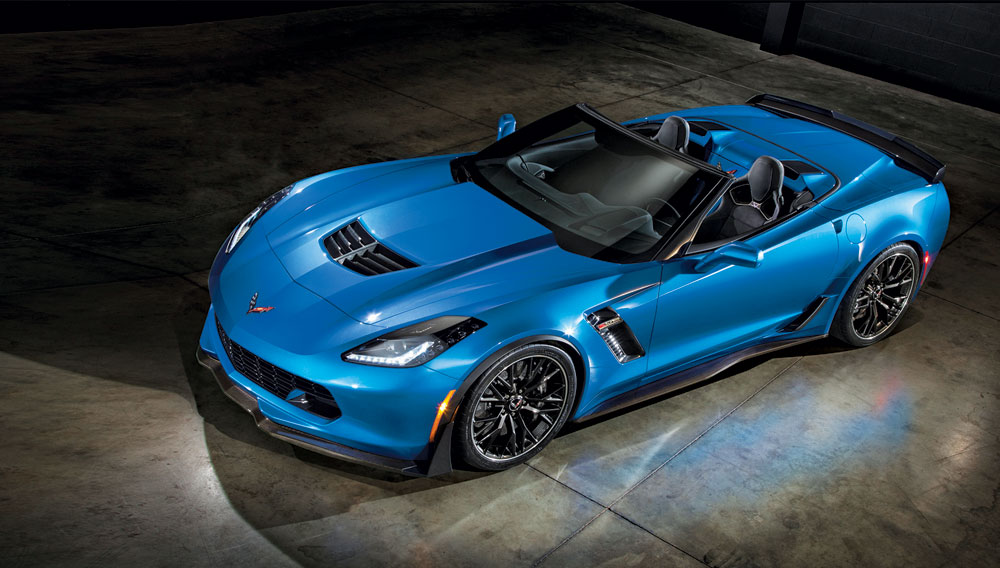 The current, seventh-generation Corvette, also known as the Stingray, is the basis for a Z06 variant that General Motors (GM) calls the most capable Corvette ever. The Z06 was not available for the Stingray’s debut model year of 2014, but it is returning in 2015 as the first one offered with an automatic transmission—an 8-speed, paddle-shifted gearbox. When equipped with the automatic (and the Z07 performance and aerodynamic package), the coupe version of the Z06 rockets from zero to 60 mph in 2.95 seconds and covers a quarter mile in 10.95 seconds, according to GM. The transmission is paired with a supercharged engine—another first for a Z06—that produces 650 hp and 650 ft lbs of torque. GM reports that the new Z06 coupe posted the fastest time ever at the company’s 2.9-mile road-test course, besting the mark of the mighty ZR1 variant by a full second. The coupe will arrive in January and have a starting price of about $79,000. The $84,000 convertible (the first Z06 convertible since 1963) will follow later in the year.