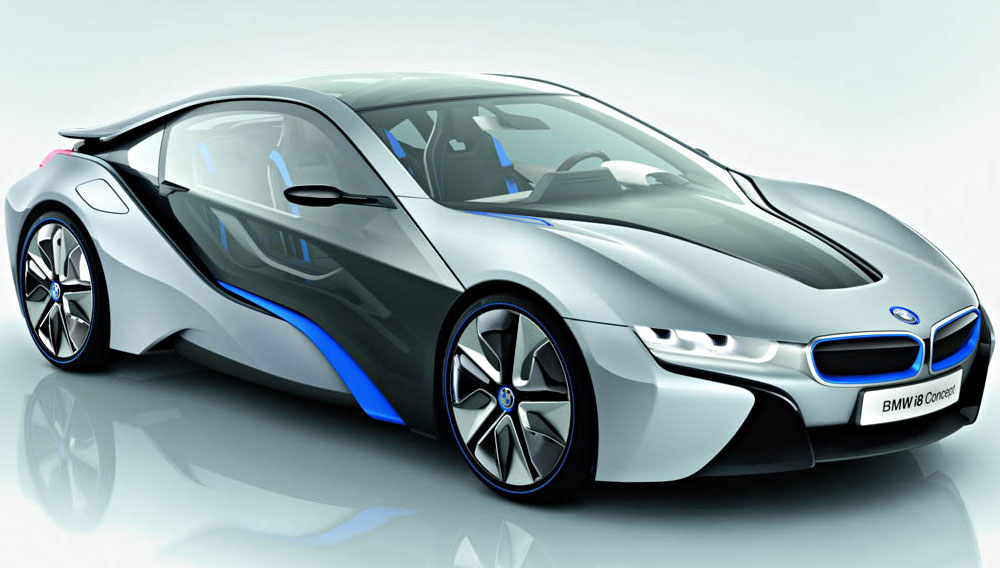 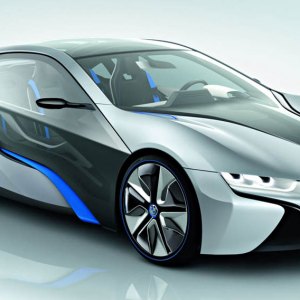 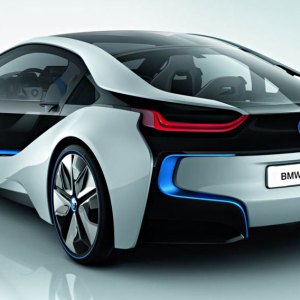 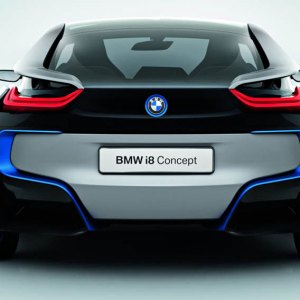 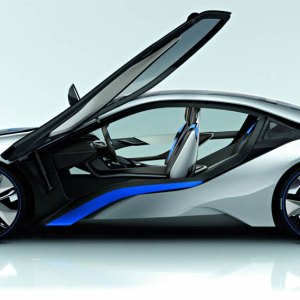 Among aficionados of performance automobiles, the emergence of gasoline-electric hybrids and pure-electric vehicles was met with genuine concern: Would the quest for fuel efficiency and environmental friendliness take all the fun out of driving? Happily, several automakers have unveiled production (or at least producible) cars—vehicles like the Porsche 918 Spyder, the Mercedes-Benz SLS AMG E-Cell, and the Audi E-Tron—that suggest mpg and mph are not mutually exclusive goals. This year, BMW went a step further, announcing not just a new eco-friendly vehicle, but an entire eco-friendly sub-brand. Dubbed “BMW i,” the new brand is devoted to “sustainable vehicles and mobility solutions”; it’s set to launch in 2013 with two vehicles, the pure-electric city car based on the new i3 concept and a plug-in hybrid supercar derived from the dramatic i8 concept.

For connoisseurs of speed, the i8 is a tantalizing proposition. Artfully recalling BMW’s Giorgetto Giugiaro–designed M1 supercar, the i8 is low and wide, with wing-style doors, 2+2 seating, and a drag coefficient of just 0.22 (the Toyota Prius, by comparison, has a Cd of 0.24). In the concept, a front-mounted, 1.5-liter, 3-cylinder turbodiesel engine delivers 220 hp and 221 ft lbs of torque. Electric motors on the front and rear axles provide additional oomph, bringing total output to an impressive 356 hp and 590 ft lbs of torque — that’s 81 ft lbs more than the new Lamborghini Aventador.

The hybrid system allows the i8 to function as an efficient front-wheel-drive car, a sporty rear-wheel-drive sports car, or a maximum-performance all-wheel-drive supercar. With a heavy right foot, the trip to 60 mph should happen in about 4.6 seconds and the i8 will press on toward an electronically limited top speed of 155 mph. Yet, despite such prodigious performance potential, the i8 concept can return, on average, a stellar 63 mpg.

Hybrid cruising range is 431 miles, though a bank of highly efficient (yet remarkably lightweight) lithium-polymer battery cells will allow the i8 to travel up to 31 miles on electric power alone; the plug-in connector charges the batteries to 100 percent in 2½ hours from a 220-volt outlet.

Expect the production i8 to go on sale in 2013 as a 2014 model, looking and performing much like its show-car inspiration (although rumors suggest that BMW may employ a gasoline engine in place of the concept’s diesel). The company expects the i8 to command €120,000, about $166,000. The future of speed is starting to look a whole lot brighter. (www.bmwusa.com)