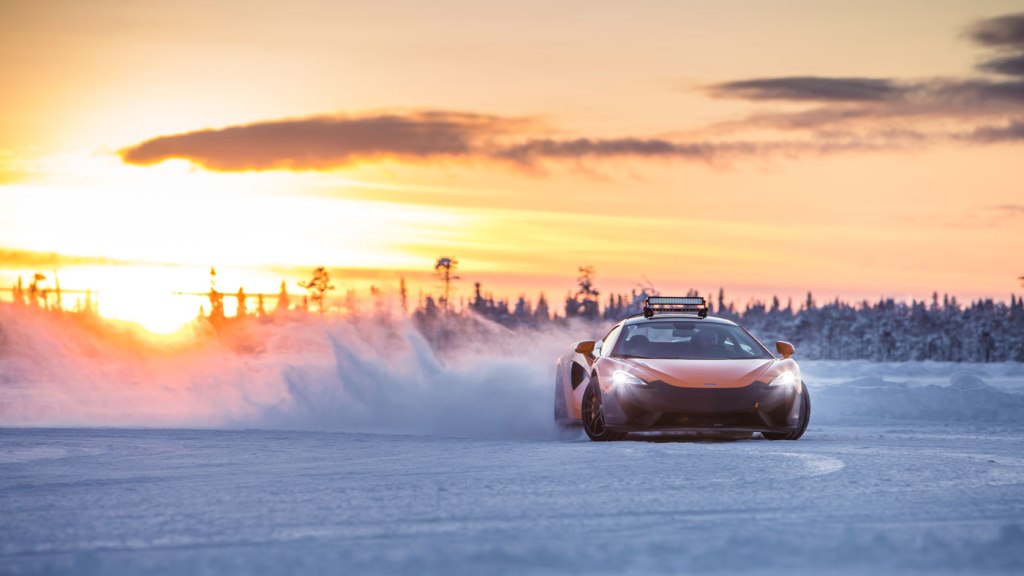 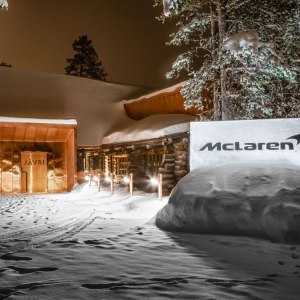 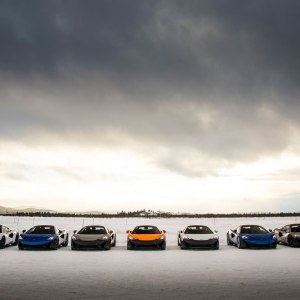 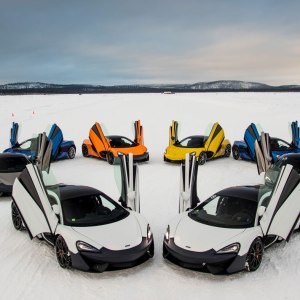 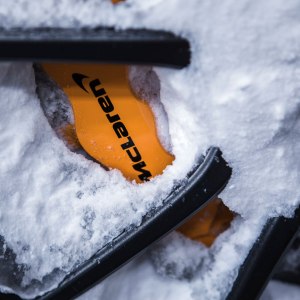 The Olympics are over, but if the idea of sliding gracefully around the ice sounds appealing, you might have an alternative to strapping on ankle-aching skates. McLaren Automotive will happily whisk you away to the frozen northern reaches of Finland next winter to perfect your drifting skills in one of the company’s rear-drive sports cars—all part of its Pure McLaren Arctic Experience.

Sports cars and ice may seem incompatible, but it is just deep snow that low-slung racers really disdain. Snow piles up beneath cars with little ground clearance, but ice is smoother than the best asphalt. Bolt on a set of studded ice tires, and a car like the McLaren 570S Spider is right at home tearing around frozen lakes in the Arctic.

There’s no way of knowing whether the cars like this change of pace, but it is certain that the drivers appreciate the opportunity to experience the incredible performance of McLaren’s sports cars in an environment where all the negatives of pushing the limits have been removed.

You aren’t on public roads, so there are no reckless driving tickets for deliberate slipping and sliding with your car. There are no trees or guardrails or oncoming traffic to impose physical penalties. The grip limits are lower than on dry pavement, so the car isn’t as stressed as it is when operating at the limit on a track—and it gets to breathe cool air that keeps all the hardware from burning up during the redline-straining ice work. Last, the speeds are slower because of the reduced grip, giving drivers a bit more forgiveness while they toil to learn the art of drifting a rear-drive sports car on ice.

McLaren customers annually gather near Ivalo, Finland, where the company provides a fleet of McLarens, a stable of professional driving coaches, and cushy accommodations at Javri Lodge, a cozy venue with room for just 13 couples. McLaren charges roughly $18,000 for one driver and $32,200 for couples who both want to learn to drive in controlled slides.

Hands in the air if you want to go next.  Photo: Courtesy McLaren Automotive.

The key focus of the course is learning to control slides. The biggest challenge can actually be getting the car’s tail out so you can drift gracefully around the next turn. It seems like it would be easy, but remember, it’s just as easy to slide the front. When that happens, the McLaren spears straight off into a snowbank rather than sliding sideways around the bend like rally racer Ken Block on a Champagne budget.

The trick is to apply copious amounts of throttle to get the rear wheels spinning, and to use that throttle—at least as much as the steering wheel—to actually steer.

Make it to the end of 2 days on the frozen lake and you can graduate to the ice track dubbed the “Grand Prix circuit.” There, the speeds are higher and the satisfaction is greater. But be warned: If you complete two consecutive, near-flawless laps of drifting around the Grand Prix circuit, consider heading back to the ice hut in victory rather than continuing to tempt fate. Don’t ask.