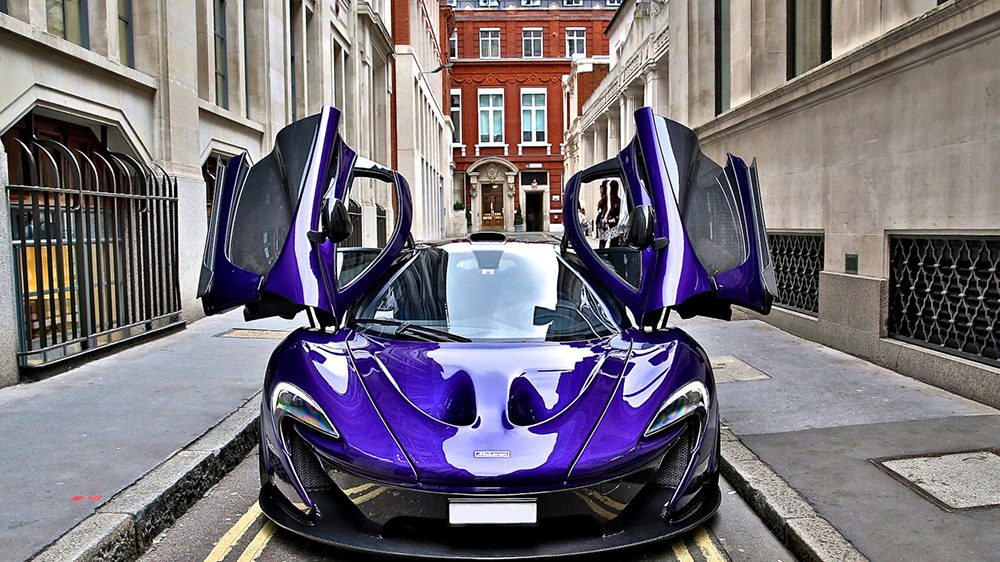 To say the McLaren P1 is hard to come would be an understatement, but by some miraculous twist of fate a rare purple prototype has just popped up for sale on LaSource.

To recap, the British marque unveiled the P1 at the 2012 Paris Motor Show. After the hybrid hypercar officially went on sale for $1.15 million in the fall of 2013, it sold out in less than a month. McLaren delivered 375 examples over the next two years. The high-horsepower, mid-engined stunner was so popular, in fact, that the automaker refurbished 14 prototypes at the tail end of production in 2015 to meet unwavering demand.

This particular beauty, known as Validation Prototype 5 (VP5 for short), spent much of its early life as a test vehicle at proving grounds in both the UK and Spain, before it was put to work in the sales and marketing arena. It was shown the world over. It was even driven by British actor and McLaren collector Rowan Atkinson.

The rebuild of VP5 was commissioned by the car’s one and only owner at a cost of around $1.8 million. It was originally finished in Volcano Yellow (the official launch color of the P1) over a black Alcantara interior. Soon after delivery, though, the owner also opted to upgrade the car with a carbon-fiber body in purple metallic. It is currently clothed in its original yellow kit, but will be supplied with the purple outfit, too.

“I expect the car will sell for close to $2.4 million given the provenance, the specification and the fact that P1s have very much turned the corner and are appreciating quickly once more,” James Banks of LaSource told Robb Report via email. “Ordinary cars (if the McLaren P1 can be described as ordinary) last peaked at around $2.6 million in 2015 ish.”

To top it off, this P1 is presented in pristine condition. The car has a full service history and all factory updates. It has also covered less than 4,000 miles since being delivered in 2015.

“P1 Prototypes are incredibly rare and sought after as investments,” Banks adds.

You heard the man.

Click here to see all the photos of the McLaren P1 Prototype.