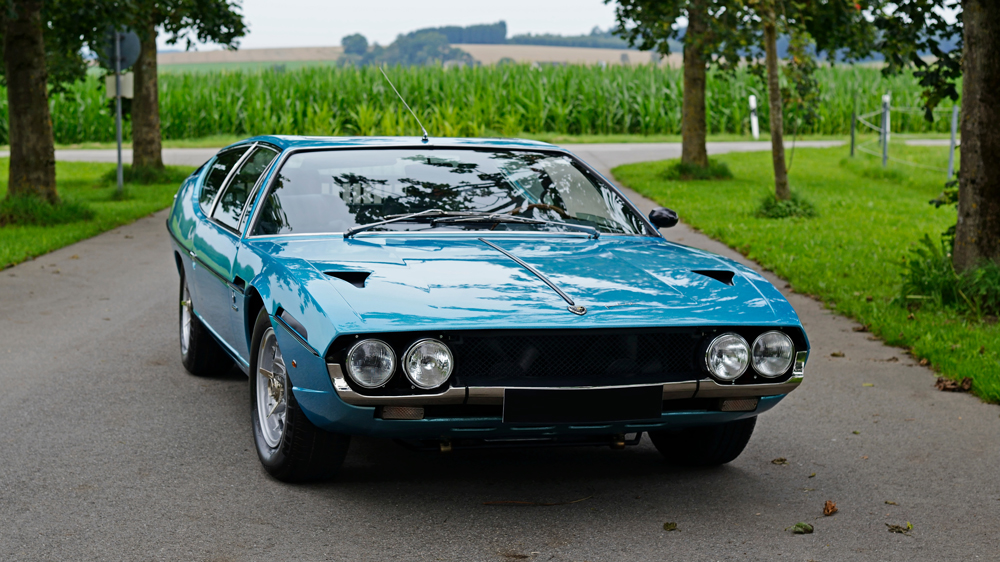 Last year we told you about a program through Putnam Leasing that could get you the keys to a Pagani Huayra Roadster for about $25,000 per month—a much easier pill to swallow than having to fork over $2.7 million for the rights to one.

But, if the latest and greatest exotica is lost on you, and you fancy classic metal instead, Putnam Leasing now has your tastes in mind. The company has just announced a six, pre-oil-crisis, grand touring cars from the 1960s and ’70s now available. The list of classics was developed in collaboration with the folks at Petrolicious and includes the Lamborghini Espada, Maserati Ghibli, Citroen SM, BMW 3.0 CSL, Aston Martin DBS V8 (later called the AM V8) and the Ferrari 365 GTB/4 Daytona.

The Lamborghini Espada is arguably the most compelling lease among the sextet. For around $1,540 per month (for a 60-month term), you get unmistakable looks, a sumptuous 2+2 interior and a 320 hp V-12 engine under a hood adorned with the raging bull.

“Classic GT cars tend to be more intrinsic in value than traditional sports cars, and the Espada has so much going for it,” says Putnam Leasing CEO Steven Posner. “From the Bertone design to that beautiful sounding V-12 engine, the Espada was the most successful Lamborghini ever made prior to the debut of the Countach. With the Espada going through three different variants (Series I – III), there are still great examples of this GT available for lease today. We see the Espada as a highly collectible automobile, and a value,” Posner says.

Honorable mention goes to the Citroen SM for being the most affordable machine on this list at just $994 per month, based on a $75,000 estimated market value. On the other side of the spectrum falls the Ferrari 365 GTB/4 Daytona at $8,819 a month on the basis of a $700,000 market value.

My personal favorite is the Maserati Ghibli. Body lines that flow from the pen of Giorgetto Giugiaro never cease to arrest my gaze. That beautiful body moves down the road via a 305 hp, 4.7-liter V-8, or a 330 hp, 4.9-liter V-8 in the Ghibli SS. For $3,693 per month, I’d say that’s money well-spent.