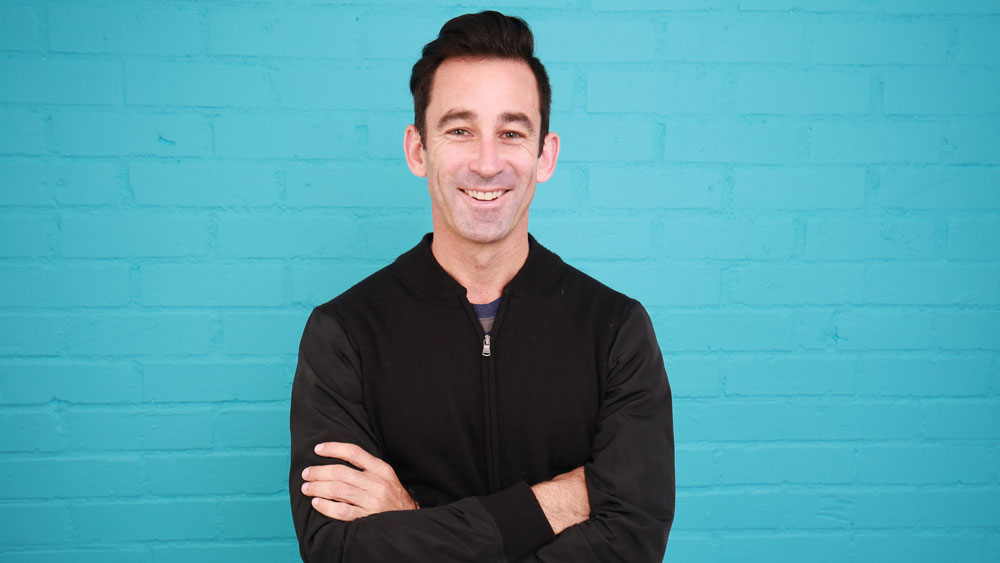 They have taken social media feeds by storm, A-list entertainers and athletes holding up hand-written signs inviting you to personally join them for an exclusive outing—whether it’s George and Amal Clooney offering lunch in Lake Como, racer Danica Patrick looking for someone to watch the Monaco Grand Prix with her from a yacht, or Patrick Dempsey wanting to hand over keys to a new Porsche 911 Carrera 4S Cabriolet after a drive through Malibu.

The common denominator is Omaze, an innovative fundraising platform that has taken charitable giving from the realm of astronomically priced auctions and high-ticket galas to the more socio-economic mainstream. The result has been a philanthropic game changer, as the company has currently raised more than a net $130 million for greater than 350 charities.

Yesterday, the Los Angeles–based organization announced that it has secured $30 million in additional funding from FirstMark Capital and a cadre of other investors who see its value and potential for expansion. Matt Pohlson, who cofounded Omaze in 2012, shares how it began, what kept it from folding, and how the automotive world has helped accelerate its success.

What laid the foundation for Omaze?

It was started by me and one of my best friends from college, Ryan Cummins. We went to Stanford together and then came down to Los Angeles to get into entertainment and were focused on cause content. We had a real passion for using storytelling to inspire action and did a bunch of different projects. We were first directors on what’s been called Live Earth, the biggest concert ever thrown. It was one night to raise awareness for climate change and included everyone from the Rolling Stones to Kanye. We also did the Clinton Foundation’s big 10th anniversary global television concert event which included Jay-Z, Bono, Bill Gates and Tony Blair.

We were creating a lot of awareness around these projects, but we weren’t creating a lot of impact. I also believe that narrative is what connects us as human beings. I felt that the way a lot of narratives were being told on the cost side just wasn’t very compelling.

In 2017, Omaze offered the chance to play mini golf with Bono and the rest of U2 to support (RED), the front man’s charity to fight HIV/AIDS.  Photo by AP Photo/Michel Euler.

How did your model for creating greater impact originate?

We went to this event that Magic Johnson was hosting for the Boys & Girls Clubs of America and he was auctioning off the chance to play basketball with him and go to a Lakers game. But it was only available to the high-net-worth individuals sitting in the room—and we were in the room, invited at the last minute to fill a table, but couldn’t afford to participate.

Magic was my childhood hero, and there’s nothing, even to this day, that I’d rather do than play basketball with Magic. Driving home that night, we thought about how famous he is around the world, and if we could have made that experience available online and given everyone a chance to win, it could have raised so much more money, so much more awareness, and opened up a whole new donor base. That was where the initial idea for Omaze came from.

George and Amal Clooney representing the Clooney Foundation for justice at a gala in Edinburgh, Scotland.  Photo by Andrew Milligan/PA Wire/AP Images.

What was the first big break for Omaze?

There was less than a month’s worth of cash left in the bank when we got our first experience that worked and it was around Breaking Bad with Bryan Cranston—and we almost lost that to a competitor. I had to sneak into a charity event that Bryan was at and talk him into collaborating with us. I knew if he didn’t, we would run out of money. He wanted to raise as much as he could for charity and asked what the most we had ever generated, which was $20,000, but we promised we would get him $200,000.

The experience we offered was the opportunity to attend the premiere of the last season with Bryan, Aaron Paul and most of the cast, arriving with them in a Winnebago like the one from the show, including yellow smoke coming out of it. We ended up raising $300,000 and Aaron Paul had so much fun that we ended up creating a lot of content with him and did something similar for the end of the season. We presented the chance to watch the final episode of Breaking Bad with the cast and raised $1.7 million. That put us on the map.

Explain how your fundraising platform works?

Omaze has two types of offerings. Our talent experiences have included having lunch with George and Amal Clooney at their house to benefit the Clooney Foundation for Justice, and riding in a tank with Arnold Schwarzenegger for one of his causes.

On the prize side of the business, we have an amazing team that goes out and picks all of the cars, trips or other inventory we’re going to provide, but the biggest focus is on cars. The team works closely with AutoConcierge in LA and are able to get examples that are unique and really hard to come by, such as a Tesla-powered 1968 Porsche modified by Zelectric Motors and a 2020 Corvette Stingray Z51. We then decide on what would be a great cause to partner with.

And to be clear, none of these are auctions, where it goes to the highest bidder, it’s a sweepstakes format. Anyone in the world can participate, and no donation is necessary to enter. But we take a percentage of the proceeds, and it’s a different percentage on the talent side than on the car side.

Where did, or will, remaining proceeds go for the Zelectric-modified Porsche and 2020 Corvette Stingray ZF1, for example?

I was declared dead about two years ago and was brought back with the help of an ECMO [Extracorporeal membrane oxygenation] machine that was brought in for the first time in the history of UCLA hospital. With the Stingray [four days left to enter], we’re now funding a mobile ECMO unit that’s never existed before at UCLA.

With the [electrified] ’68 Porsche [won in June], we worked with the Petersen Automotive Museum to help fund the education programs it does as well as parts of the museum.

A 2020 Corvette Stingray ZF1 being offered through Omaze to benefit the Ronald Reagan UCLA Medical Center.  Photo: Courtesy of Omaze.

What has been one of your most recent fundraising successes?

Our big campaign with Ken Block [of Hoonigan Racing Division] to benefit the Make-A-Wish Foundation raised over $550,000 net, which is enough to grant 50 wishes.

Have you always had an interest in the automotive world?

My dad is a huge car guy. I remember riding around with him when I was young and just loving it. That was something we bonded over and I was very into cars as a kid because of him. He’s so jealous that he’s not allowed to win anything. I get a text from him every time we get a new vehicle to offer.

Proceeds from this 1974 BMW 2002 Turbo will benefit the Petersen Automotive Museum.  Photo: Courtesy of Omaze.

What is your dream machine?

When we know we can raise up enough to offer a McLaren Senna one day, that would be really exciting and a cool milestone for us. Personally, I was obsessed as a kid with the Ferrari F40 and it’s also my dad’s favorite. If I could give one to him, that would be my dream.