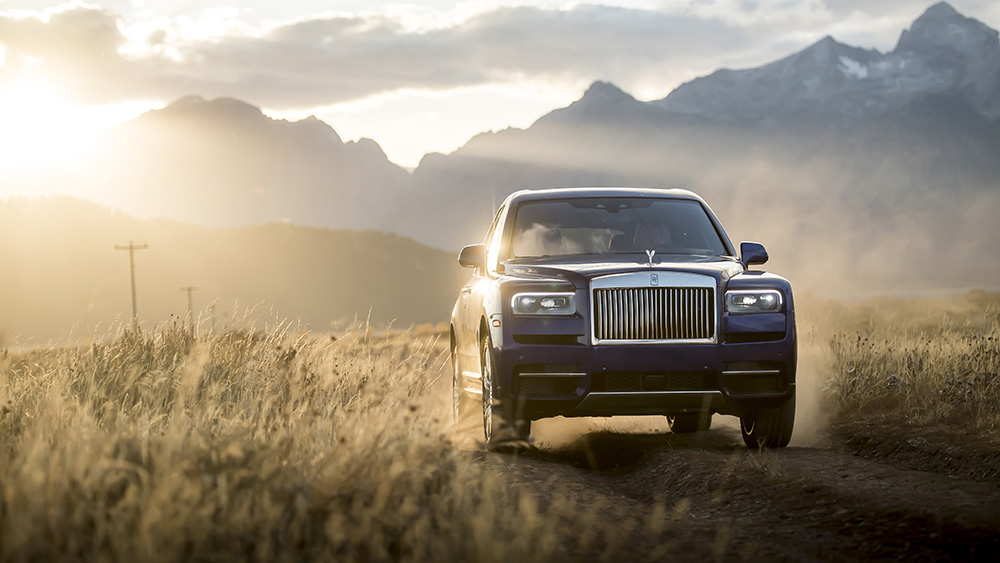 Rolls-Royce Motor Cars reached a new business pinnacle in 2019, growing its annual sales by 25 percent. In total, the 116-year-old British automaker sold 5,152 vehicles, rising past the high watermark that the brand had achieved in 2018 when it sold 4,107 vehicles.

As Rolls-Royce confirmed in a recent press release, the Phantom remains the brand’s flagship model, while the Dawn and Wraith continued to thrive in their respective sectors during the past year. Not to be overlooked, the marque’s new SUV, Cullinan, created the largest advance order book in 2019 and experienced the fastest post-launch sales growth of any Rolls-Royce model in the company’s history.

Martin Fritsches, the president of Rolls-Royce Motor Cars North America, discusses the significant role that the North American market plays in the British automaker’s success, as well as what the celebrated brand has planned for the future.

How important is the North American market to Rolls-Royce Motor Cars and why?

The North American market represents slightly over one-third of Rolls-Royce’s global sales, but the relevance of this market—particularly looking forward—is even higher and stronger because of the potential we have here in the US and in Canada. For example, the growth rate of ultra-high-net-worth individuals in the US and Canada is one of the highest globally, so North America is not only the largest market for Rolls-Royce, but also the one with the highest potential to grow.

How instrumental was the Cullinan SUV in establishing Rolls-Royce’s banner year in 2019?

Maybe 60 percent of Cullinan customers had never owned a Rolls-Royce before, so Cullinan attracted a whole new group of people. Very rarely do our customers only own one Rolls-Royce model.

Has Cullinan had a broader impact on the brand’s legacy overall?

It’s one of the game changers that’s making our brand and products more attractive. Thanks to Cullinan, there is a new segment of prospective customers who are starting to understand Rolls-Royce—what it represents with its products, its lifestyle, the craftsmanship involved and the bespoke process that comes with ordering a Rolls-Royce vehicle. They’re starting to not only understand the brand but to say, “Yes, I can afford it. Not only can I afford it, but it’s okay to drive and experience a Rolls-Royce.”

In what other areas is Rolls-Royce investing to grow and strengthen its brand awareness and loyalty?

Experiential marketing is a key part of our main strategy to grow the brand, and we’re involved in more lifestyle events throughout the US and Canada than in other parts of the world. That’s something that we’re trying to explore further. We’ll be present at more and more events next year.

What type of experiences are at the core of that strategy?

We have traditional car events like Pebble Beach, Amelia Island, the Bridge and the Supercar Showcase in Dallas, which I would say is probably the fourth largest in the Americas with potential to grow. But besides the car events, we’re also heavily focused on being more present at those linked to lifestyles and art. We were at Art Basel at the end of last year, and we’ll be involved with the major boat shows. In the end, we want to engage with different industries and partnerships where we speak to the same potential clientele.

In November, Rolls-Royce announced that Cullinan had joined the Black Badge family. What does that mean for the marque going forward?

As a brand, we want to attract new and younger customers. We have achieved that both with Cullinan and with Black Badge. So, as we continue to grow the Black Badge family with the SUV, we’ll clearly attack from both sides to attract this new potential customer. I’m convinced that there’s a high demand for it, and that there’s a certain segment that desires it.

Under your leadership, you’ve encouraged—even insisted—that North American dealers visit Rolls-Royce’s headquarters in Goodwood, England. What’s the rationale behind that?

Once you are there, you have a total and radically different impression of the brand. There are 2,000 people who work there and are dedicated to building a customized Rolls-Royce by hand, one by one. You can only have a clear understanding and feeling of it if you go there and see it on your own. Then you can really understand the craftsmanship behind it, and it’s also the only way to clearly understand why a Phantom or a Cullinan costs what it costs.