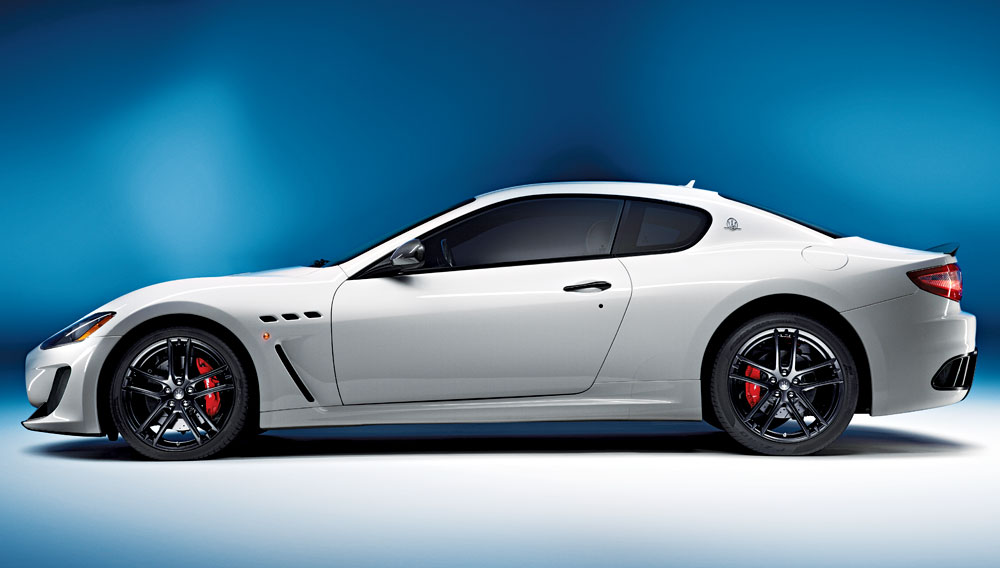 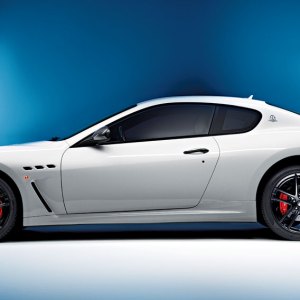 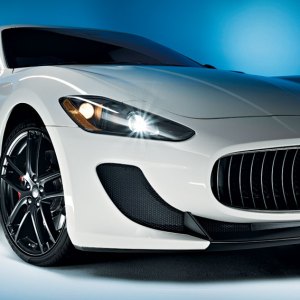 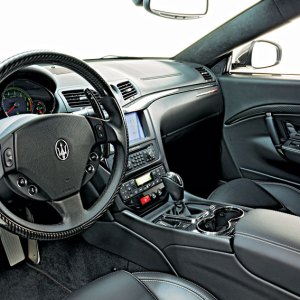 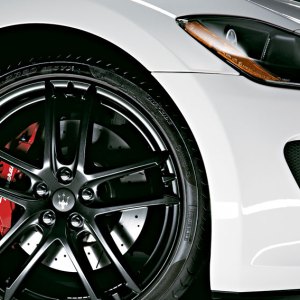 In his 1978 top-40 hit “Life’s Been Good,” Joe Walsh sang about his Maserati doing 185 mph (and about losing his license as a result of driving that fast). The boast was as dubious as the rock star’s run for president two years later. No road-going Maserati of that era could achieve such a speed. When sung in recent years, the lyrics were just as suspect, for no car in Maserati’s current lineup could reach that velocity—that is, not until the addition of the GranTurismo MC. According to Maserati, the MC is the first of the carmaker’s existing models to break the 186 mph barrier.

In standard form, Maserati’s GranTurismo coupe is handsome and well built and comfortably seats four in its leather-wrapped cabin. Its performance is adequate for a long-legged luxury cruiser, but the car lacks bite. Enter the GranTurismo MC, with a beefier exhaust note, more power, less understeer, stronger brakes, and a huskier appearance—still elegant, but more muscular. MC stands for Maserati Corse, the name of the marque’s racing division; that group has contributed parts and design input to this $140,000 model, which arrived in showrooms this fall and is being sold only in North America.

As Porsche has done with the 911, Maserati introduced the original GranTurismo coupe, in 2007, and then upgraded it over time while also offering special-edition higher-performance variants. These include last year’s GranTurismo MC Stradale, a two-seat coupe that is fortified similarly to the MC but sold only in Europe and other foreign markets. Unlike the MC Stradale, the MC maintains the standard coupe’s four-seat capacity, but this design—intended to make the car more appealing to American drivers—does not compromise the car’s performance in any way.

The GranTurismo’s exterior has also been bulked up. The MC’s reshaped nose and additional gills, grilles, and aggressive-?looking rear spoiler create downforce that pins the car to the ground and provides better high-speed cornering and straight-line stability. According to Maserati, the exterior enhancements have increased the MC’s downforce by 25 percent in front and 50 percent at the rear, compared to that of the standard coupe. The spoiler, skirts, and slots help cool the brakes, and the hood is punched with engine-cooling vents. The MC also comes with distinctive 20-inch rims, which are lighter and stronger than the standard coupe’s.

The MC’s cabin has received subtle yet still significant upgrades. A carbon-fiber interior-trim package is standard. The seats are stitched in buttery Italian leather, with the Maserati trident logo now embossed into the headrests. The gauges’ previously blue backgrounds are now black, with freshened graphics, and the headliner is covered entirely in rich Alcantara, which looks great, is soft to the touch, and absorbs ambient noise.

The new shifter paddles are much longer than those in the standard coupe. They are the same as the paddle shifters in the Trofeo, the racing version of the GranTurismo coupe. They look good, and they are much easier to reach when you have the wheel cocked left or right during cornering.

The shifters control one of the world’s best transmissions. The ZF 6-speed automatic, versions of which can be found in BMWs and Jaguars, is tuned and calibrated to meet the MC’s job description. If you are feeling lazy, you can drop the transmission into standard drive and forget about it. If you want crisper, quicker shifts at higher rpm, press the Sport button on the dash to engage the Sport Drive, which is also fully automatic. Snicking the shifter to the left engages the fully manual mode. When the transmission is in this setting, you fan the right paddle for upshifts and summon Michael Schumacher–quality downshifts (along with a rev-matching engine blip) with the left paddle.

In Sport Drive, the MC vaults from zero to 60 mph in a factory-claimed 4.8 seconds. That figure may be conservative; the sprint time seems closer to 4.6 seconds. It is a smooth launch, with the transmission delivering well-matched ratios and crisp, no-slop shifts.

The rest of the GranTurismo coupe’s underpinnings have been made stronger and sportier to meet the MC’s purpose as a true driver’s machine, one that does not compromise its status as a luxury car. The standard suspension is fully analog; a Skyhook adaptive damping system is optional, but the standard configuration includes beefy conventional springs and shock absorbers and thick, stiff antiroll bars, all of which help keep the relatively heavy coupe flat and on track. A limited-slip differential is also standard, and Maserati has calibrated its Stability Program and ABS braking to keep you safe, not inhibit your driving pleasure.

An Italian sports car should sound great, and the MC does. Maserati has incorporated flapper valves that allow the MC’s exhaust system to really sing. When the car is in standard automatic mode, the valves remain closed, keeping the exhaust relatively quiet. In Sport mode, the bypass valves open when the engine reaches 3,000 rpm, and let the mufflers warble. In manual Sport mode, the valves stay open at all rpm levels.

A big, fast car also needs big, strong brakes. The MC has a unique four-wheel-disc system incorporating conventional iron rotors mounted on aluminum center hats, which are lighter and help dissipate heat faster than all-iron designs. These rotors perform almost as well as carbon-ceramic brakes, and they are not nearly as expensive to replace.

The ideal grand tourer offers a balanced combination of performance, style, and comfort. The MC tips the scale slightly toward the performance side, but the ride is always fluid, supple, comfortable, and surprisingly quiet.

In designing the chassis, Maserati kept as much weight as possible within the wheelbase—the entire engine and the transmission sit aft of the front axle—giving the MC a front-to-rear weight ratio of 49:51. The weight distribution enables the car to carve up a fast-sweeping canyon road effortlessly while providing a ride that is firm yet supple and never punishing. But when you really sling it around, the MC feels like the 4,145-pound vehicle that it is. The addition of a few composite or aluminum panels would shed some weight and improve performance and fuel economy.

Notwithstanding this minor gripe, the MC—a handsome, fast, comfortable Italian grand tourer that costs about $17,000 more than the GranTurismo S Automatic—is the right car to take when you have a long way to go and a short time to get there, and want to arrive in style. Bear in mind, though, that Joe Walsh was only exaggerating about the performance capabilities of his Maserati, not the potential consequences of actually going 185.