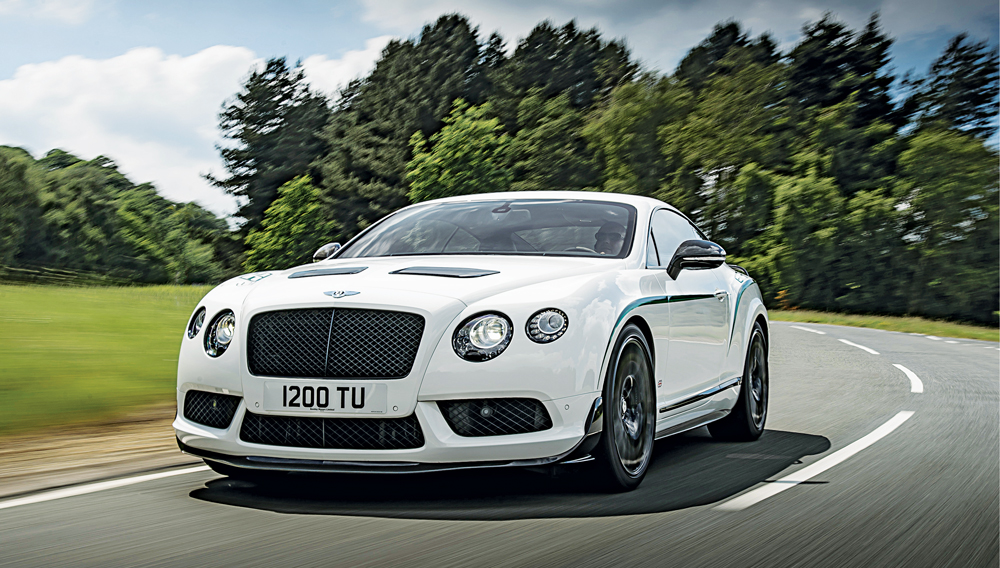 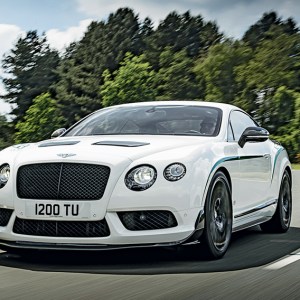 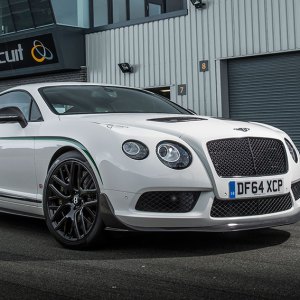 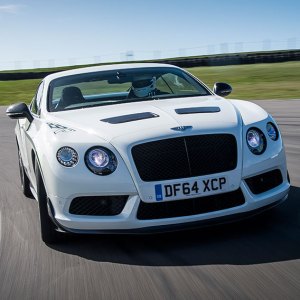 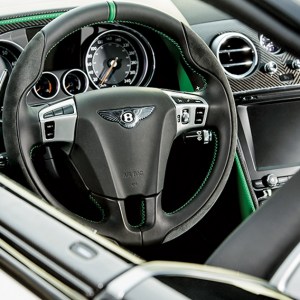 The Continental GT3 that raced at the Circuit of the Americas and continues to compete in the Pirelli World Challenge (whose next event begins July 31 at the Mid-Ohio Sports Car Course in Lexington, Ohio) is only the inspiration—not the basis—for Bentley’s Continental GT3-R road car. The $337,000 limited-edition offering derives from the Continental GT V8 S. It is 220 pounds lighter than the GT V8 S, thanks to carbon-fiber door panels and the removal of the back seats, and it has a more powerful engine. The 4-liter twin-turbo V-8 produces 51 more horsepower and 14 ft lbs more torque, for a total of 572 hp and 516 ft lbs. The additional power, shorter gearing, and weight reduction enable the GT3-R to sprint from zero to 60 mph in 3.5 seconds, which is the fastest acceleration time ever for a production Bentley.

The car’s cabin features a race-inspired sparseness that is offset with acid-green accents and diamond-quilted Alcantara on the seats, and glossed carbon-fiber weave across the doors, dashboard, and overhead consoles.

During a test-drive earlier this year at the Anglesey Circuit in Wales, the GT3-R’s throttle response, steering, and handling felt considerably sharper than those of the standard-issue Contiental GT. On some of the trickier sections of the circuit, the GT3-R’s nearly 5,000-pound mass was a hindrance. Nevertheless, its tight dynamics and athletically tuned suspension make it a surprisingly effective track toy. Bentley is producing only 300 examples of the GT3-R.